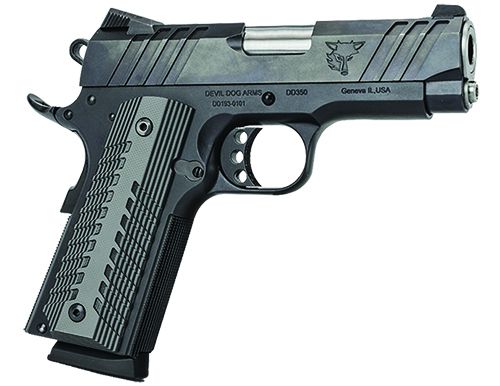 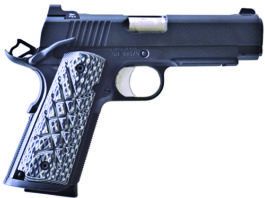 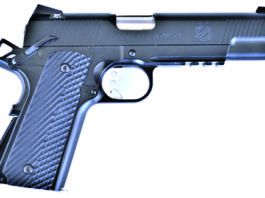 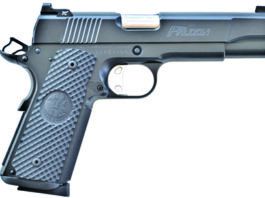 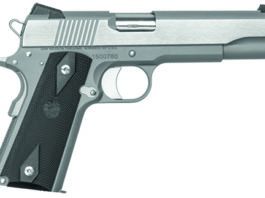 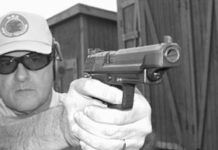 HK's USP Elite may be your best alternative to a custom gun, but the Para Ordnance 7.45 LDA single stack is the 1911 for every man. 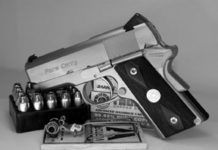 .45s from Kimber, Para Ordnance, And Springfield: Plenty of Punch

The words "mouse gun" (usually uttered with a sneer) commonly refer to smaller-caliber semi-autos that measure about the same size as the average adult hand. But what would you call a pistol of similar dimensions if it were filled with .45 ACP rounds? Mighty Mouse?

Designing a small semi-auto has always been a tricky proposition. Given the reduced mass and shorter top end, anyone who tries to build one is faced with the challenge of getting the slide to gather and eject cartridges within a very small window of time. To see if current technology had conquered the obvious pitfalls, we decided to take on three production pistols that appear to be miniatures of John Browning's 1911 Government model. 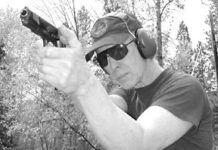 One of our representatives recently spoke with a fellow who has, to put it gently, a vanilla outlook on the world. That fellow declared his chances of getting in a gunfight were around one in a million. He thought the chance was so remote that it would do him no good to either prepare himself with proper gunfighting training, nor to begin to understand what constitutes a suitable and properly set up fighting handgun. 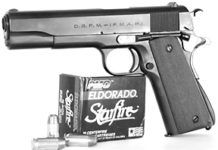 Foreign Surplus .45s: Bargains, Or A Waste of Your Money?

In our search for the least expensive, but still functional, .45-caliber semi-automatics, it was inevitable we would finally bottom out with guns in the $200 to $350 price range. If you'll recollect, we tested two guns in that dollar span in the September 2001 issue, the Llama MAX-1, $298, and the Firestorm 45, $329, two of the lowest cost 1911s we could find. They were so badly flawed we said "Don't Buy" to both of them. 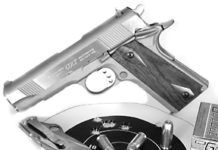 We recently queried a number of custom gunsmiths to learn what they recommend as a reliable, easy to pack, powerful carry gun. A popular answer was an Officer's frame with a Commander length slide, a combination which marries a longer slide (to make the pistol more reliable) with a shorter grip frame (to make it easier to conceal). Perhaps it was this reasoning that prompted Springfield Armory to introduce its new Compact pistol, which for all intents and purposes has replaced the Champion Lightweight (a true Commander-sized pistol). 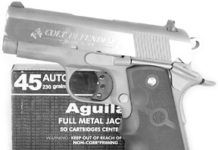 Colt's alloy Defender may be the best little 1911 yet, but Springfield's lightweight Ultra Compact is another value-laden contender. Taurus's PT145 packs the most rounds per dollar. 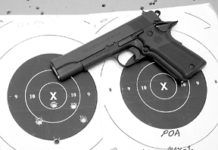 More .45 ACP Semi-Autos: Stay Away From Llama and Firestorm

Colt's Model XSE model is a second-step upgrade that does all you would ask of a defense gun. Basic models from Llama and Firestorm shot poorly or malfunctioned during testing. 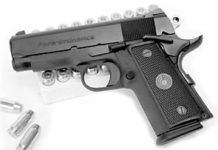 Small semiautos that match the physical dimensions of two pistols we tested recently—the $1,695 Smith & Wesson 945 and Para-Ordnance's $740 P12-45—are usually referred to as compacts or sub-compact. But when pistols of this size class are miniaturized 1911s, the tag of "Officer's models" is hung on to them, even though they may not exactly fit the mold of the original Colt's Officer's model. In fact, the Smith & Wesson 945 stretches the designation even further by offering a variation on John Browning's action lock up. Still, the physical operation the 945 affords is decidedly 1911 in nature, since it shoots the .45 ACP and can be carried cocked and locked.

Manufacturers are taking a fresh look at the Officer's model for a number of reasons. For one, the 1911 pistol has legions of fans inside both competitive shooting and law-enforcement circles. Also, many military and ex-military personnel recognize the .45 ACP's superiority over the 9mm Parabellum, a cartridge choice often perceived as NATO's intrusion into American affairs. Once the United States government set a capacity limit for civilian handguns, the trend has been toward larger-caliber rounds, even when this means lower total capacity. Traditionally the Officer's model offered a six-round magazine, like the 945's. However, the Para Ordnance P12 integrates a double-stack or staggered-round magazine that in civilian trim will hold the full ten-round legal limit. 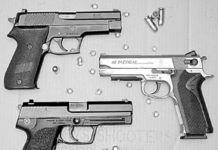 After testing .45 ACP and .40 S&W pistols from Para Ordnance, CZ-USA, and STI, we found that pistol companies are making great guns for this new classification.

Slowly but surely, the .45 ACP is regaining its preeminent position as a personal defense round. The fact that it always was the best got lost for a while when the Pentagon had to conform to NATO's use of the 9mm. Historically, anything adopted for the American soldier creates a lemming-like demand for the same in the civilian marketplace.

Forget that it was adopted primarily for political reasons. Forget that the 9mm never could compare with the .45 ACP as a stopper. A slew of DA/SA (double action/single action) 9mm platforms with high capacity magazines evolved and were gobbled up by an eager public. The magazines eventually begat gun laws limiting capacity, ergo the declining appeal of...

Pistols45 estaff - November 2, 2000
People who own .45 ACP pistols like the edge this caliber gives them over lesser rounds such as the 9mm. Another way to get the edge is by having a compensated pistol. A properly-designed compensator reduces a handguns felt recoil, resulting in improved control and faster follow-up shots.

Most compensated .45 ACP pistol are designed for competitive shooting, so there arent very practical for defensive use. However, European American Armory offers a pistol that is suitable for this type of work. It is called the Astra A-100 Carry Comp.

This $534 model is a standard A-100 equipped with a single-port compensator that screws onto the guns 3 1/2-inch barrel. It features a double action...