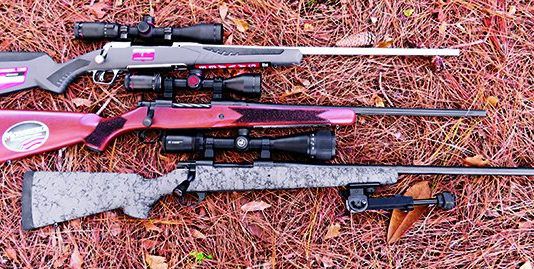 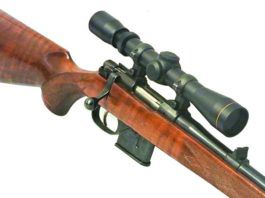 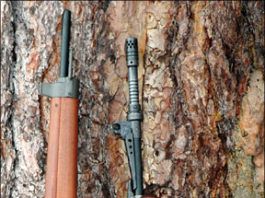 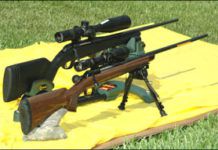 One of the biggest problems facing gun owners today is lack of available ammunition. Recently, a member of our staff was shopping the hunting department of a big-box store and overheard a customer say he was going to buy a gun based on whatever ammunition was still on the shelf. Always pragmatic, our interest in one such round, 7mm Remington Magnum, actually began last March. This was when a SWAT recruit for a major metropolitan police force sought training for USPSA 3-Gun competition from a member of our staff. The officer mentioned that his family has been hunting with bolt-action rifles chambered for 7mm Remington Magnum since the cartridge was introduced in 1962. Often described as being housed in a 338 Winchester case necked down to 7mm, characteristics such as an abundance of power and a flat trajectory were at the center of the family's appreciation for the round.

But we learned of another application that really piqued our interest. According to acclaimed law-enforcement trainer Brian Hoffner (hoffners.com), we learned that the 7mm Remington Magnum bolt-action rifle was also a key weapon in tandem with dart gun and shotgun for ZDART, acronym for Zoological Dangerous Animal Response Teams. This means providing lethal force in an emergency to stop "medium"-size animals such as lions, tigers, and bears in an urban setting.

Enthusiasm for the test prompted our roster of bolt-action rifles chambered for 7mm Remington Magnum to include no fewer than four rifles. They were the $862 Ruger Hawkeye Sporter No. HKM77RBZ, the $1127 Remington 700 CDL SF No. 84016, the $1150 Steyr Mannlicher Pro Hunter No. 26.753.3G, and Browning's $1019 X-Bolt Medallion No. 035200227.None of our rifles arrived with sights, but all four receivers were drilled and tapped for scope mounts. The Browning and Ruger rifles arrived with proprietary mounts and rings. The Steyr rifle was constructed with a synthetic stock. The Ruger rifle was stocked with laminate wood, and both the Remington and Browning rifles were built with stained walnut. The Remington and Ruger rifles utilized an internal magazine with hinged floorplate. Our other rifles featured removable box magazines. Barrels lengths and barrel profiles were comparable, but the execution of the triggers and the bolts represented different ways to get the job done.

Our test procedure called for five-shot groups fired from a distance of 100 yards with the rifles supported upon a bench rest. We consider this plan to be standard procedure. But in speaking with even the most avid hunters, they expressed that firing more than two consecutive shots at prey was unlikely. One extra shot at an elk scurrying away may even prove to be the full extent of the day's shooting. But we weren't about to report on two-shot groups. Another comment we heard was that considering the recoil of magnum ammunition and the expense (about $1.75 to $2.50 per round on average), the average hunter wouldn't be spending a lot of time on the practice range, either.

Each rifle was treated to a brief but careful break-in regimen. Dedicating 20 rounds of ammunition for each rifle, we cleaned and lubricated the barrels after the second, fifth, ninth, fourteenth and twentieth round. We then proceeded with our shooting of groups, cleaning the barrel after every two groups. However, we were forced to work under extreme conditions. Houston, Texas was in the middle of a drought with record temperatures that simply would not go away. Using a Kestral 4000 weather station from Sinclair International (sinclairintl.com), we measured temperatures at our shaded bench that ranged from 90 degrees to in excess of 102 degrees. Occasional winds gusting to about 8 mph were easy to wait out. All four guns were shot in the same weather, during the same time of day, at the same shooting range and by the same shooter from the same shooting bench. The fact that conditions were harsh is what prolonged our tests for no less than eight days. First shots each day at American Shooting Centers (amshootcenters.com), began at approximately 9:30 a.m. Each firing session lasted 20 minutes. Working under these constraints we fired a shot about every 3 minutes. Overpowered by the heat, we ended each day's session by about 1:30 p.m. We used Caldwell's Tip Top Targets for their ability to cut a sharply defined bullet hole and fit neatly into a ring binder for later reference. Here is what we learned.

Winchester 70 CS BOSS Our Pick In A Braked 7mm Magnum

Rifles7 estaff - October 27, 2000
Ah, yes, the 7mm Remington Magnum. The blast, the roar, the kick-not bad prices to pay for all that extra performance, right? Actually, this cartridges performance isnt as great as you might think. Heres why.

Those who already have a .270, .280, .308, .30-06, or about half a dozen others of that ilk, and want to buy a 7mm Magnum to get a hotter, flatter-shooting rifle are simply paying good money to essentially duplicate what theyve already got. In actual fact, theres not a great deal of performance difference between any of those above calibers and the 7mm Remington Magnum. Take your pick, and within reasonable game-shooting distances any one will do as well as any other one, with r...

Neck a .30-06 case down to 7mm and you have the .280 Remington, which is probably a more useful cartridge today than the .270 Winchester. Bullet diameter of the .280 is 0.284 inch, same as the 7x57 and 7mm Magnum. This cartridge concept actually goes back a long time. The .280 Ross, introduced in 1906, had essentially identical performance, though its case was a bit bigger. Cartridges Of The World gives the .280 Remington an introduction date of 1957 (chambered in, of all things, the Remington Model 740 autoloader), but many a handloader had experimented with the 7mm-06 long before that.

Right after World War II, Elmer Keith and his friends Charlie O'Neil and Don Hopkins did some histori...