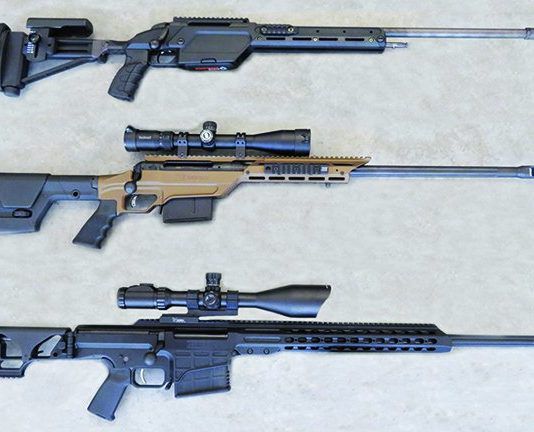 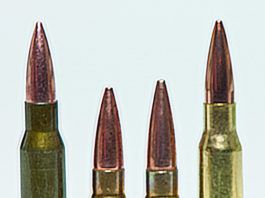 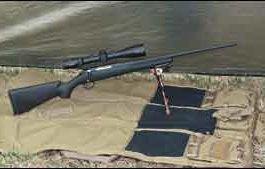 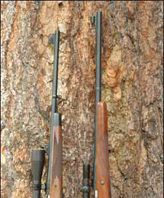 During World War I and World War II, and in some cases beyond, there came four great bolt-action rifles in martial actions: the Lee Enfield, the Mauser, the Mosin Nagant and the Springfield. While there were many variations among the rifles, we all know what a Lee Enfield and a Mauser look like. The Nagant was produced in the many millions, and the Springfield is sometimes regarded as a rifle with almost magical accuracy. These rifles wrought many a bloody victory for one side or the other in warfare from about 1903 onward. The Lee Enfield and Mauser rifles are still seen in action in Afghanistan today. Recent events in India showed Indian security forces armed with the Lee Enfield, probably a homegrown version. These rifles simply refuse to die. While these four are the great battle rifles of the 20th century, there were other contenders for the test program that were considered and discarded. The excellent Schmidt Rubin straight-pull rifle was considered, but since it didn't figure into warfare it was not included. The French rifles are a bit quirky for our tastes, and ammunition is difficult to obtain. Likewise, the Italian Carcano is not really in the league with the others. We admit the Japanese Arisaka is an omission, but we were unable to find a suitable firing version within our time frame. We used four rifles primarily during the test program and added two special interest rifles for a side comparison as well. In the end we think we have a good idea of the handling properties of the rifles used in the Great Wars. 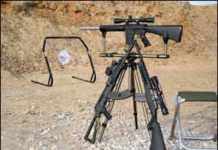 Despite the long-standing availability of the AR-10, 30-caliber semi-automatic rifles continue to be less popular than the 5.56mm/223 Rem. AR-15 little brother. But just like the high-capacity 9mm pistol led to the popularity of more powerful high-capacity handguns, we're still interested in finding a good 30-cal carbine.

Our latest acquisitions in this quest began with Ruger's newest 7.62x39mm Mini-Thirty carbine, the $921 No. 5854. We wanted to see if shortening the barrel to a hair over 16 inches would make it a better choice. For the AK-47 adherents, we added a $1270 Colorado Shooting Sports Custom Combat Gen 2 AK-47 that featured the addition of a Lightning Bolt and Lightning Lever for improved combat readiness. Our third gun chambered the 300 Whisper, a round designed to be fired through a suppressor. Built by SSK Industries, this was a $1300 AR-15 platform capable of shooting both high-velocity and subsonic velocity rounds with the twist of a screw in the handguard.

Since our primary interest was close quarters battle, our accuracy tests were limited to benchrest shooting from the 50-yard line. But we also challenged the SSK Industries 300 Whisper to longer distances to learn more about this cartridge.

In addition, we had some very specific questions to answer that had more to do with the general "shootability" of these carbines, including rapid fire. We got some help practicing for shots of record from a couple of new products from Battenfeld Technologies.

They were Caldwell's $130 Dead Shot Field Pod and the $170 Magnum Rifle Gong. The Field Pod is an ultra lightweight collapsible shooting rest with a carry sling. We especially liked the gong because its frame broke down to 5 easy-to-carry pieces plus the durable AR550 steel plate. Ringing the gong gave our test evaluators immediate feedback and we didn't have to paste up targets. It was a lot of fun for our testers, too.

For optics we mounted the same Springfield Armory 3-9X40mm A.R.T. IV variable power scope on both the Ruger and SSK Industries carbines. The Colorado Shooting Sports AK-47 utilized a forward mount with an Aimpoint CompML2 with 4-MOA red dot mounted and sighted in by CSS. It seemed ideally suited to the weapon and was a better choice than any long-relief scope we could supply. In view of our relatively short test distance, we chose to leave it in place. 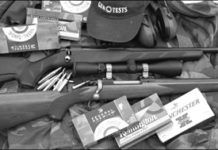 The .300 Magnum is eternally popular, for reasons some of us don't fully understand. The .300s don't give you a lot more of anything—except expense—than you can get from the .30-06. Those wanting more rifle than the ‘06 are better served with larger bores, not just more gas. But many shooters don't understand that. Far be it from we gun testers to dictate the choices of those who like the blast of the various .30 magnums. Today there are a bunch of these, by Weatherby, Winchester (2), Dakota, Remington, and of course the original, by Holland & Holland, still viable after close to a hundred years. In this test we look at two cartridges in two rifles, the .300 WSM in Beretta's Tikka T3 Lite ($595), and the original .300 Winchester Magnum cartridge in Ruger's Hawkeye ($779). Both rifles are offered in at least two stock materials, synthetic or wood, and both have stainless-metal variants. We chose a synthetic-stocked, blued Tikka and the wood-stocked, blued Hawkeye. Let's take a look at how they stacked up. 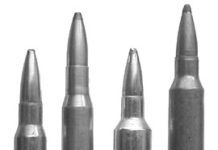 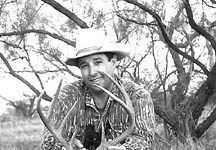 If market trends are any indication, interest in long-range deer rifles has been growing in recent years. At least half a dozen of these products—essentially varmint rifles that are chambered for bigger calibers—are available now in production guns.

Previously, these products, which are designed to be used from a fixed position while hunting from some sort of stand, were available only as custom items for hunters who planned to use them for hunting beanfields in the southeastern United States, Texas's senderos, the western prairies of the U.S. and Canada, and powerline rights-of-way in the East.

This kind of hunting requires a flat-shooting, hard-hitting caliber in a rifle capable of superb accuracy under field conditions. Such rifles must be extremely accurate, incorporate a good trigger, and employ a properly designed stock.

At least three rifles purported to have these qualifications include the Winchester Model 70 Classic Laredo equipped with a BOSS, the Remington Model 700 Sendero SF (Stainless Fluted), and the Savage 110FP Tactical Rifle. We decided to test this trio head to head to see which one is worth your hard-earned dollars. All three rifles were chambered in .300 Winchester Magnum, one of the best long-range cartridges available in these rifles.