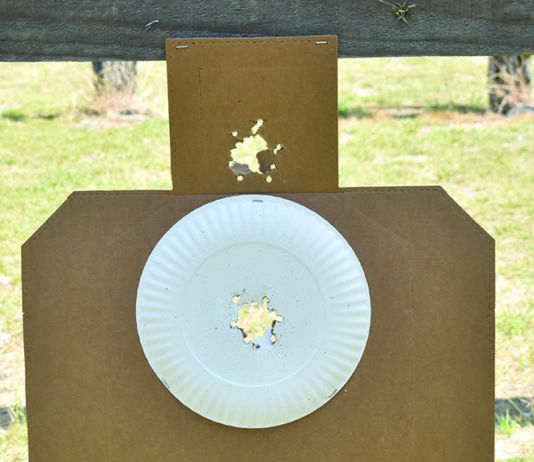 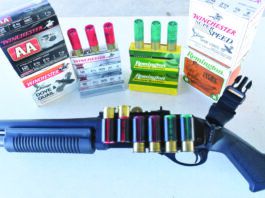 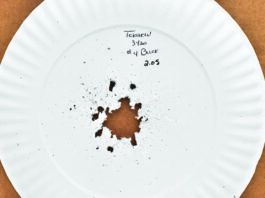 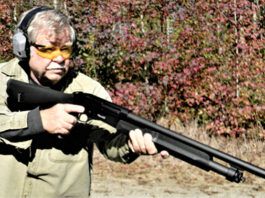 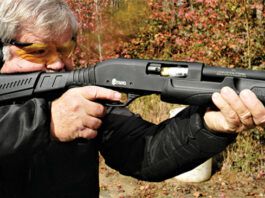 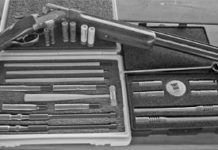 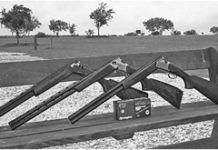 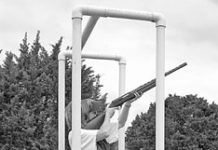 Many shooters don't like the shoulder-popping recoil of a 12-gauge shotgun, so a logical substitute might be a sub-gauge semi-automatic — such as two Italian imports we tested recently. 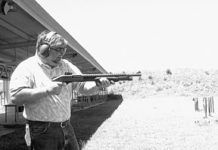 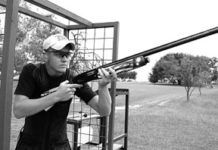 Winning or losing a sporting clays tourney can come down to hitting just one more target than your competitor. Does the Browning Gold Sporting or the Beretta AL 391 Urika give you that edge? 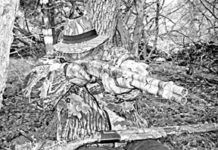 After we shot these 3.5-inch over-and-under turkey-hunting shotguns, we found we didn't like the specialized Heckler & Koch Fabarm Camo Turkey Mag and the Fausti Traditions Turkey II. 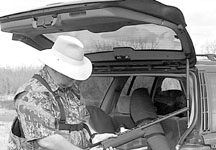 Having a gun safe full of firearms that can be picked through to be just the right tool at just the right time is an unattainable luxury for most average hunters and shotgun enthusiasts. More often than not, there is a "go-to gun'' that will get the job done in all kinds of conditions. Rugged, reliable workhorses that may not be as pretty as some, these firearms might be called tools of necessity.

While several steps above a power saw or set of socket wrenches, utility shotguns are expected to function well and be relatively comfortable to handle under adverse conditions. They are used in places that might not be appropriate for a finely engraved, high-grade-wood showpiece.

Falling into this category are two semi-automatics, both gas operated, being described as "workhorses'' by a couple of well-known firearm manufacturers — the Winchester Super X2 of the U.S. Repeating Arms Company Inc. and the recently released Model 935 by O.F. Mossberg & Sons Inc.

Both shotguns are designed to handle heavy-hitting 3-inch and 3.5-inch shotgun shells, which have a reputation of reaching out to touch waterfowl with killing effectiveness. However, the ammunition also has a reputation of setting some shooters back on their heels from the recoil of sending up to 1 3/8 ounces of shot into the sky. 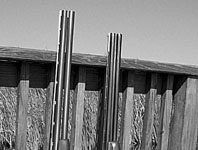 12-Gauge 3-in-Chamber Over and Unders: Ruger Vs. Charles Daly

The big boys in most duck and goose blinds have historically been the semi-automatics or pumps that can sling shells all over creation as hunters hammer incoming waterfowl.

Some hunters who have grown tired of plucking empty hulls out of their ears or watching shells fly across their field of view as they stand beside their shooting buddies are checking out over-and-under shotguns for their waterfowl scatterguns. Many have come to accept the fact that two quality shots are just as effective as three sky-busting blasts from a semi-auto or pump. More control of the ejected shells (over and unders kick hulls out over the shooter's shoulder, rather than to the side) is another bonus.

These waterfowl over-and-unders may not be the high-dollar, finely engraved firearms that can be found lovingly nestled in the arms of shooters on quail or clay target fields, but they are hard-working tools that get the job done. Two shotguns that have been recently introduced as potential waterfowl busters are the Ruger All-Weather Red Label Target Grey Model and the Charles Daly Empire II EDL Hunter AE-MC Model. Both of the over-and-under shotguns have 3-inch chambers and carry a price tag of under $1,650. 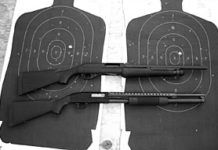 Despite the creative depictions released by Hollywood movie producers, most Old West sheriffs facing down outlaws would rely on a shotgun to give them a gunfight advantage.

At close range, a shotgun is simply the most effective weapon that anyone can put in their hands to defend themselves or their home. Point and shoot, rather than being concerned with maintaining a proper sight picture, gives a shotgun and its easily controlled pattern of shot a clear edge.

Toss in the fact that most shotgun loads, other than slugs, will do their self-preservation damage without passing through walls, and it is easy to see why many security officials recommend shotguns as the best home-defense firearm.

Remaining near the top of the list of recommended shotguns are pump-action firearms. As some experts relate: "The sound of a round being chambered in a pump action shotgun is one of the most chilling sounds you will ever hear.'' Even a homeowner with just a little experience on the range can be deadly with a shotgun fired across a room.

A load of bird shot produces a disabling or lethal pattern 12 to 15 inches in diameter at the typical distance of 20 feet or less, providing the home defender with a much wider range of error than with the single slug of a pistol or rifle. 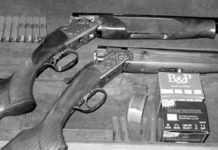 Particularly among the hunting crowd, who like to pit their wingshooting skills against those gray ghosts of fall — darting and diving aerobatic mourning doves and their white-winged cousins — more and more 28s are replacing their larger 20- and 12-gauge cousins. There is still a time and a place for big guns, but a growing number of hunters and clay target shooters are finding out that a smaller gauge can mean more shooting with less punishment.

One veteran outdoor observer, Foard Houston of the Sandy Oaks Ranch Hunting Lodge and Resort near Devine, Texas, is an unwavering 28-gauge convert. After putting hundreds of hunters each year on thousands of dove and quail, he has yet to find a shotgunner returning to a 12-gauge thunder boomer after trying out a 28.

With less weight and less recoil to their credit, the 28-gauge shotguns can get the job done while being a pleasure to handle. Putting the question in highway lingo: "Why drive a massive tractor-trailer rig when you can get from here to there behind the wheel of a sleek sports car?"

Seasoned outdoor enthusiasts point out that the 28s are also a good idea for both youngsters and women, who can be recoil sensitive, and provide nearly identical knock-down power as a 12 on most birds and targets. The tiny scatterguns might even keep shooters from becoming sky blasters, throwing shot at targets well out of range. 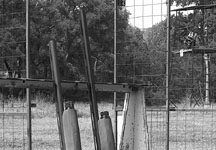 Many all-around hunters like to keep a "user" shotgun in their collection to handle situations where rough and tumble conditions may not be favorable for a fine fowling piece. As a veteran shotgunner once said of his well-worn scattergun: "She might not be the prettiest gal at the ball, but she'll keep you dancing."

An inexpensive, all-purpose shotgun can be a useful tool. Whether you hang it on a gun rack in the back window of your pick-up truck (unloaded please) or store it at the hunting lodge to help the cook keep meat in the stew pot, you don't want anything too fancy.

Falling into that "user" category are two semi-automatics — an ADCO Diamond GE manufactured in Turkey and a MK Conquest Model 901 from Germany — we recently put through a shooting test both in the field and on some Five-Stand clay targets. Both shotguns carry a MFRP of under $500 and each featured 3-inch chambers that provide versatility in a variety of wingshooting conditions.

The concept behind extending the firearms' chambers beyond the normal 2.75 inches for standard length shotgun shells was developed to increase the tools of today's modern shotgunner. Waterfowl and turkeys are just two of the bird species that can send a hunter looking for 3-inch loads. The bigger birds often require more knockdown delivered by the longer shells, which allow for extra powder and shot.

In the gun world we rarely find a gun that doesn't offer some sort of match up. Usually, such a firearm has some unique character, such as being chambered for an oddball cartridge, or its pricing sets it apart by either being way below market or way above market. Even so, we can usually find something that works well enough to form a comparison test.

Not so with Winchester's 9410 lever-action shotgun. The 9410 adapts the Model 94 rifle lever action into a shotgun that can handle 2.5-inch .410 ammunition reliably. As such, it makes a good squirrel, cottontail, grouse, or dove-hunting gun (properly plugged for migratory birds, of course). To our knowledge, there's not another shotgun out there like it.

With that in mind, we decided to put this product through its paces, keeping in mind its high MSRP and limited cartridge usefulness. As we tested, the question we asked was, "Would we buy this gun instead of many other proven .410s with slide or autoloading actions?"