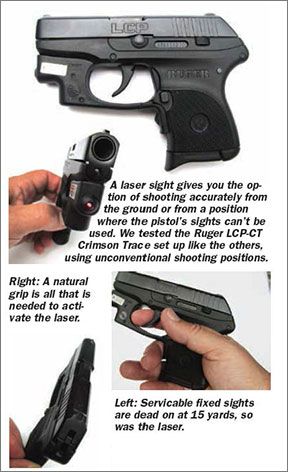 Since February 2013 we have tested four subcompact 380 ACP pistols with factory-fitted laser sights - S&W Bodyguard, Ruger LCP-LM, SIG Sauer P238, and the Walther PK380. All received good ratings, but there were features that testers liked and didnt. At a readers request, we tested another Ruger LCP, this one with a Crimson Trace laser sight. In this pistol, we think Ruger created a good combination of sidearm and laser sight.The Ruger LCP in various configurations has been reviewed by our test teams, and without a laser sight, the LCP generally gets good to excellent grades (A- to B+). With laser sights, particularly the Laser Max, the LCP received a B+. We ruled out the laser sight being a gadget early on in the testing, and the LCP with the Crimson Trace is no exception. Generally, we ask if the addition of a laser sight changes our mind about the pistol? Does the laser bulk up a pocket pistol? Is the laser an asset to the pistol?
To continue reading this article or issue you must be a paid subscriber. Sign in
Subscribe 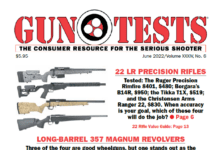