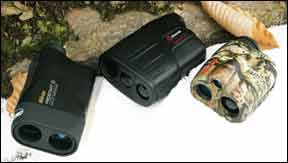 It does not matter what type of implement you use - modern firearm, muzzleloader, or bow - determining distance to your target is critical. For a primitive-weapons hunter, it means waiting until the beast comes into range. For a user of modern firearms, it might mean dialing in exactly the right amount of hold-over - or passing up a shot - on a trophy thats at the edge of your ability to shoot accurately. One of the fastest, easiest to use, and affordable means of accurately gauging distance to various targets is a laser rangefinder. Laser rangefinders are basically a monocular that send out a pulsating laser beam that bounces off a target back to the unit and provides an instantaneous readout in yards or meters. The laser is similar technology to that used in autofocus cameras.

The price of rangefinders is directly attributed to the quality of electronics of the rangefinder. More expensive rangefinders have lasers with less beam divergence, which is when the laser-beam diameter begins to spread out over distance. Instead of a tight, narrow beam, the beam becomes wider, like a cone, at the target end of the beam. The more beam divergence, the less accurate the distance reading. Those more expensive rangefinders also have more added features like a ballistic calculator, modes for use in rain or snow, different reticle choices, can range at farther distances, to name a few. 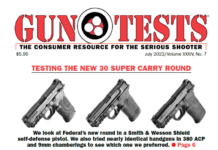 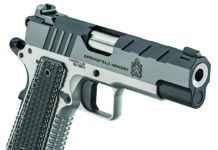