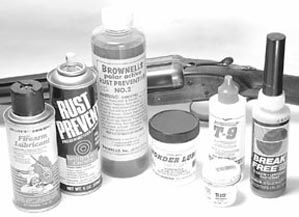 How often have you pulled out ol’ Betsy only to find fingerprints rusted into her blued surface? But you were sure you rubbed down this firearm a few months ago with a highly-touted rust-preventing goo. But there the fingerprint is. Moreover, what about the bore and guts of the action? Are they sprouting oxidized metal, too?

During the past decade we’ve periodically attempted to find good rust-preventing substances, and we’ve found a few. But since rust keeps coming at us, we keep fighting back against it, and to that end, it was time to test a few more rust preventatives, which we hoped would be easy to apply, effective, and cheap.

We picked some products that we keep on hand and ordered others from Brownells, and went to work. Some of the products were designed for rust prevention, and some commonly get pressed into that service, though they’re not designed for it. We submitted them all to a nasty bit of rust-rich conditions to see how they stood up. Here’s what we discovered.

The Tests
As in the past, we set out to evaluate only one aspect of the substances we gathered—how well they would prevent the rusting of steel. We did not test lubricity. These results have absolutely nothing to do with how well the substances will prevent galling, how they’ll fix your creepy trigger, or if they’ll do a marvelous job of cleaning your firearm’s bore. We tested only for resistance to rusting under severe salt- water conditions. Salt comes from the hands, and from some folks’ hands more than others. If salt gets onto unprotected steel, it’ll rust nearly overnight, because salt attracts and holds water. It’ll suck moisture out of the air and rust your guns.

To see how salt affected metal that was supposedly protected by our products, we obtained a 0.25-inch-thick steel plate 23 inches long by 4 inches wide, and prepared ten areas on it by grinding down to new, bare steel. We cleaned those areas with a suitable degreasing agent so we were working with completely unprotected metal. Onto each area we applied the test materials according to the directions on their containers. We did this to nine of the areas, and left one free of all protection as a control.

We then sprayed the test areas with a vaporizer containing strong salt water. We blotted off all the surface moisture and then placed the steel sheet outside to let the weather do its job. We were careful to orient the plate so there would be no cross-contamination from rain or moisture from condensed humidity.

Contrary to previous tests, which were on a plate immersed in ocean water, we performed this test in spring in the Idaho mountains, where the local humidity is generally low. We thought we’d have to wait a long time for results, but we were wrong. Every night the temperature dropped to around 35 degrees from a high of around 50 degrees. This was apparently enough to cause some condensation on the surface, just as you would get from bringing a cold firearm into a warm room. We could see results after one night, but they were not conclusive. Although we expected results that would show varying degrees of rust prevention, that was not the case. Though some of the substances appeared to be preventing rust on the second day, all but three had totally failed by day four, when we concluded the test of the first batch.

The six products eliminated were plain Hoppe’s No. 9, Shooter’s Choice FP-10 synthetic oil (an excellent lubricant, but not so hot at preventing rust), Valvoline 10W-40 motor oil, 3-In-One oil, Big Horn cleaner/solvent (which looked to be working well until total failure the last day), and some ancient but still viable Brownells sperm oil (another very good lubricant). Note that Valvoline motor oil is excellent for your car, but won’t keep rust off your gun in a harsh environment. It’s not designed for that purpose, but often it, like some of the other rejects, gets pressed into service as a general gun-care product.

Along those lines, we know of a fellow who has used nothing but Hoppe’s No. 9 to wipe down all his firearms for many years. He lives in an area that gets very high humidity in the summer. He keeps after his guns, so doesn’t have problems, at least not often. Our test results showed near-immediate failure of No. 9 in this application, and we suggested that he get something better for keeping such rust off his guns.

In contrast, Du-Lite’s Kwikseal proved to be an excellent rust preventive, and we know this product is used by many firearm manufacturers to coat their guns before they leave the factory. It has a very familiar smell to those who handle new guns. It goes on as a thin liquid, then dries to a waxy surface that works well to keep rust off. It’s available in liquid or aerosol form.

Second Round Tests
Our recommendation: Four of the products in a second trial provided excellent rust prevention. They were Boeshield T-9, Shooter’s Choice Rust Prevent, Brownells’ RP No. 2, and RIG Universal Grease.

Not content with eliminating six products in the first round, we tried another batch. This time we tried some relatively new products, and also threw in one of the former winners, Boeshield T-9, as a further control. The rest of the lineup included Shooter’s Choice Rust Prevent, Sentry’s Marine Tuf-Cloth, Rangoon Oil (Parker Hale, England), Tetra Gun Oil, Tetra Gun Grease, Brownells Rust Preventive No. 2, RIG Universal Grease, and Simoniz Paste Floor Wax.

As before, the plate was thoroughly degreased with a variety of solvents, reground to achieve clean steel, degreased yet again, and coated with the new products. We left an uncoated control and used Boeshield T-9 as a coated control. The products that kept rust at bay were Boeshield T-9, Shooters’ Choice Rust Prevent, Brownells’ RP No. 2, and RIG Universal Grease.

Four other areas were slow to rust, but eventually failed. They were protected by Sentry’s Marine Tuf-Cloth solution, Rangoon Oil, Tetra Gun Oil, and the ancient Simoniz Paste Floor Wax. The best was the floor wax, followed by Rangoon Oil, which kept part of the area completely free of rust but had serious rusting elsewhere. The first day’s results of this second batch told us that Tetra Gun Grease looked like a very poor rust inhibitor. However, that grease is an outstanding lubricant, which goes to show you that there are good reasons to read the instructions that come with each product. If a product doesn’t say it will prevent rust, it almost certainly won’t. This doesn’t make it worthless by any means.

We also had early stages of light rust with Sentry’s Marine Tuf-Cloth and with Tetra’s Gun Oil. After three of the four days, all the other products in the second test seemed to be doing a great job of rust prevention. However, we hadn’t had rain, and the temperature at night was not as cold as it had been for the first series, so we began applying a fine mist of plain water to accelerate our results.

After a few days we found that Tetra Gun Grease totally failed. The patch to which it was applied was indistinguishable from the control area that had no protection. Tetra Gun Oil finally failed completely as well. The Sentry’s Marine Tuf-Cloth patch had uniform light rust with heavy rusting here and there.

Gun Tests Recommends
The winners were Break-Free CLP, Du-Lite’s Kwikseal, Ox-Yoke’s Wonder-Lube 1000 Plus, Boeshield T-9, Shooter’s Choice Rust Prevent, Brownells Rust Preventive No. 2, and RIG Universal Grease. We couldn’t see a major difference in any of these; they all proved to be excellent rust preventers in our tests. If you’re using one of these seven products to protect your bluing, you’re doing a pretty good job of it.

Of the winners, the only one which was touted to “do it all,” including cleaning, lubricating, and rust-preventing, was Break-Free CLP. In fact, the CLP portion of its name stands for Clean, Lubricate, and Protect. We’ve used this product quite a bit, and have good words to say about it, although it is very hard on unprotected skin, in spite of its claim to being non-toxic. (Many gun-lubricating and cleaning products are bad for your skin, and we strongly recommend wearing hand protection when using any gun-care products.) Some manufacturers, notably ArmaLite, suggest that while Break-Free is a good overall product, some of the newer specialized oils and cleaners will do a better overall job of firearms maintenance and care.

Ease of application of any of these products will ultimately make a big difference in how often or how carefully they’re used. The various aerosol sprays are easy to use but can waste a lot of the product. Brownells’ excellent Rust Prevent No. 2 comes in a hand-pump plastic spray bottle, and it’s therefore easy to apply and to control, and thus rates high marks.

One final note: Don’t mix products. We have no way of telling, but it’s perfectly possible that a combination of them would give magnificent protection. It is equally possible that a combination, perhaps in the presence of a catalyst, would cause steel to rust incredibly fast. The ingredients could also combine into something that would gum up a gun’s works completely and provide neither lubrication nor rust prevention. We recommend following the manufacturer’s instructions exactly for best results. 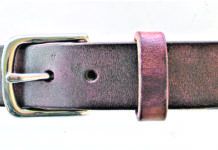 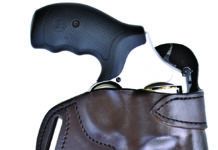