Named after U.S. Marine Corp Scout-Sniper Carlos N. Hathcock II, the Hathcock Award is given annually to an individual who has “made significant contributions in the operational employment and tactics of small arms weapons systems.”

From his career in U.S. Army Special Operations to the launch of Spartan Tactical, one of the nation’s premier military and law enforcement training facilities, Smith has been actively involved in developing tactics, training programs and doctrine to better prepare American warfighters for combat. He also serves as a consultant for Leupold Tactical Optics.

“Jim is one of those rare talents who can see the wider tactical picture, but not lose sight of the details that can mean life or death for troops on the ground,” said Kevin Trepa, vice president of global sales and business development at Leupold & Stevens, Inc. “The number of servicemen and women who are alive today thanks to Jim’s work is impossible to calculate. No one is more deserving of this honor.”

As a consultant with Leupold’s Tactical Optics division, Smith has contributed to the development of cutting-edge optics and reticles in use by elite units in military and law enforcement around the world. Smith’s experience and input in research, design and manufacturing has resulted in the most efficient, intuitive and durable optics ever designed for the modern warfighter.

Over his long and distinguished career, Smith was recognized for his bravery and valor in combat, including the Battle of the Black Sea, chronicled in the award-winning motion picture Black Hawk Down. After surviving the crash of his Black Hawk helicopter, Smith defended the crash site, despite suffering serious wounds from enemy fire, and earned the Purple Heart and Silver Star for his actions. 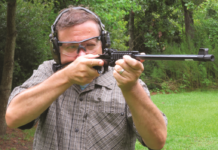 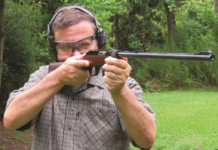 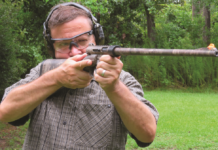