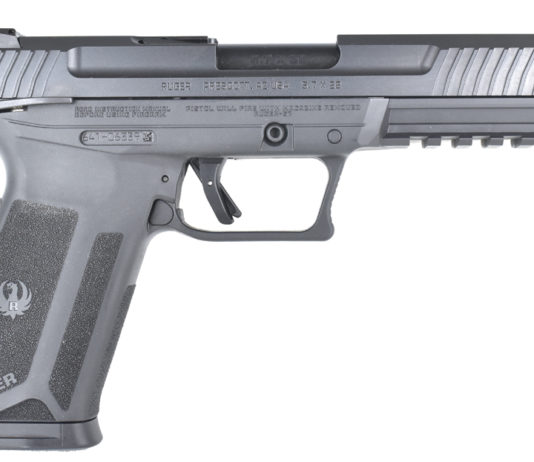 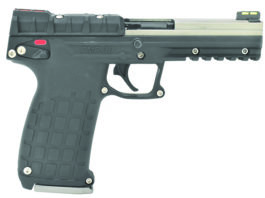 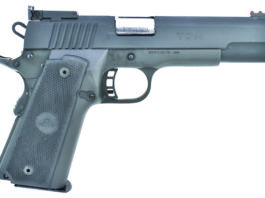 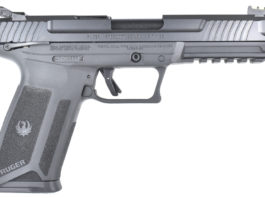 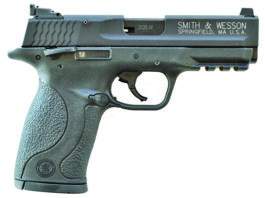 One shot, well placed, at great range: this is perhaps the ultimate shooting test. If the target is a varmint or a distant rock, the flat-shooting .22-250 will do the trick nicely. This is the realm of the precision rifle — or is it? Why not do it with a handgun? A bolt-action or break-open single-shot pistol might be lots more fun and is certainly more of a challenge to the shooter. Such handguns naturally require the use of a scope to get the most out of them, and also to help you to see small targets at extreme range.

Make no mistake, such a handgun is capable of at least as good accuracy as a comparable rifle. All barrels vibrate when you shoot a bullet through them, and the longer an...

We set out recently to test a set of plinker/target .22 LR handguns, with an eye toward finding a comfortable, shootable, affordable product to pass some range time with. Unexpectedly, we wound up finding three .22 LR pistols that not only achieve the relatively low standard of being decent recreational-shooting diversions, but which also offer the serious shooter good training use that can save money. If you pick up the $219 Browning BuckMark Camper, Smith & Wesson's Model 22A, $209, or the Ruger Model 22/45, $199, you will easily feel the similarities between these handguns and trademark centerfire names. The grip of the Browning BuckMark Camper renders the unmistakable feel of the venerab...

Semi-Automatics: Ported or Non? We Test Seven Guns To Find Out

[IMGCAP(1)] As heavily loaded defensive ammunition has become more widespread, so has customer dissatisfaction with the resulting stout recoil—in essence, we want to have our cake and eat it too. One way to head off muzzle flip is to port the barrel. That is, to cut holes in the barrel and slide so that some of the expanding gases that propel the bullet will be redirected to keep the muzzle down. This technology became refined in the ranks of bowling-pin shooters, whose game was to knock bowling pins off of a table in the shortest time possible. Since this required the delivery of a massive blow from a hot load and the ability to recover quickly and get back on the next pin, shooters were st...

[IMGCAP(1)] No one rimfire pistol can do everything. If it's precise enough for serious NRA bullseye competition, it's too big and heavy for taking along on a hiking trip. If it's light enough for trail use, it doesn't have enough weight for steadiness on the firing line in serious competition. Sure, there are many more uses for .22 pistols, such as hunting, plinking, and the like, but these two extremes give a reasonable picture of the scope of rimfire semiautomatics. No single gun can do all these things … or can it?

Many shooters have asked us if the new SIG Trailside can satisfy these disparate needs, so we decided to compare it to a couple of established pistols that can also be used...

[IMGCAP(1)] When it comes to .22 caliber Long Rifle pistols, you can spend as little or as much as you want. For about $200 retail, there are a number of very good target pistols that provide valuable range time with this economical cartridge. However, if you want to take a .22 with you wherever you go, we found that downsizing the action costs a little more, both in terms of money and functionality.

Within the modern pistol, ammunition is the fuel that runs the gun, and the .22LR round's tepid power makes for chancy operation, even though it has to move relatively little mass and overcome less slide travel. This alone may account for the higher price of pocket guns that can serve as a la...