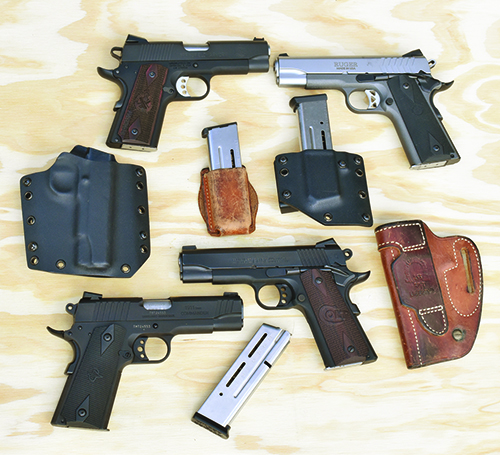 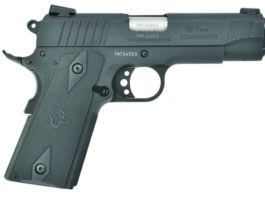 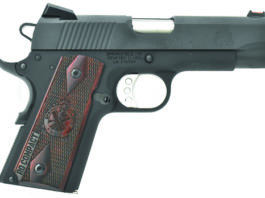 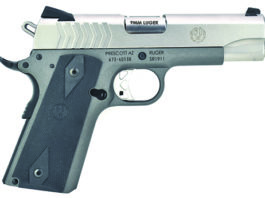 Subcompact 9mm Pistols: Our Pick for Concealed Carry and Combat 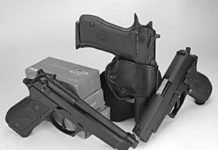 The 9mm continues to be one of the country's favorite guns, if recent manufacturing data are to be believed. According to the BATF's Annual Firearms Manufacturing and Export Report for 2001, 626,836 pistols were produced (the latest year for which figures are available). Of that sum, 213,378 were in calibers above .380 to 9mm. That's almost 30,000 more for the next-largest caliber segment, guns above 9mm to .50 caliber. 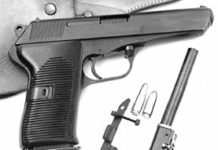 CZ-52 9mm Barrel Is A Winner; So Is Savages Long-Range Rifle

For less than $100, you can change out barrels in the .30 Tokarev pistol and shoot cheaper 9mm ammo. Also, Savage's Model 12VSS sets a new standard for .308 rifles. 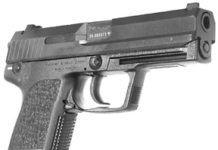 9mm Pistols: Ruger, HK, and Springfield Armory Shoot It Out 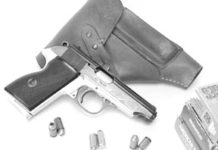 Surplus pistols occupy a niche in the marketplace that is surprisingly large and varied. Buyers who want a low-priced plinking gun will often consider buying $200 to $300 sidearms because they (a) might not have much money to spend, or (b), they might be interested in some historical aspect of a particular gun, which they nonetheless still want to shoot for fun. But there are pitfalls in finding one that works well enough to keep and further, to enjoy shooting. 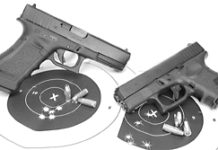 We found even the most dynamic duos from Taurus and Smith & Wesson have trouble keeping up with Glock's full-sized GL17 and the Model 26 pocket cannon. 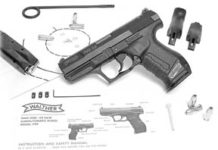 Polymer 9mms: Can Anyone Do It Better Than The Glock 19?

Concealable Plastic 9mms: What Is The Best Pistol Under $400?

Pistols9 estaff - November 2, 2000
This months Downrange takes aim at the efforts of a group to drive Californias manufacturers of cheap auto-loaders out of business. The group is assisted by data indicating that such handguns are disproportionately used in the commission of crimes.

Since statistics are so easily manipulated, well say neither yea nor nay to that purported fact, but we have published some pretty harsh words on budget-priced pistols in the past. For example, our report on the AMT .380 Back Up complained of the pistols lack of any visual means to determine whether or not its cocked, and we revealed that it jammed 20 times during our 300-round test. About AMTs .22 Automag, our bottom line recommendation...

Every year, for at least the last five, the 9mm cartridge and the pistols chambered for it, have led the pack in numbers of units sold in the US. Today, almost a hundred years after its introduction in Europe, we can say the 9mm cartridge is so well entrenched in our own society that it is here to stay.

There are several reasons for its popularity, but not necessarily sound ones. First, the 9mm is a NATO round and has been adopted by our own military. Second, it is a relatively small cartridge and large numbers of them can be loaded into a double-column magazine. Third, when the police left the .38-caliber revolver and opted for the semiauto, they found the moderate-recoiling 9mm made it easy to train large groups of personnel. And, fourth, on the civilian side, some think that the ban on high-capacity magazines will be repealed. Good luck on that one.

One of the biggest trends in 9mm pistols is the polymer frame. When properly engineered, a polymer frame is stronger and around 80 percent lighter than a steel frame. Being molded, they can be made in more intricate shapes with no extra work. The downside is that gunsmiths can't do as much with polymer as they can with steel.

Subcompact pistols, those which are small and light enough to ride in an ankle holster or carry in a large pocket, have been around for several years. Many of these handguns are reduced versions of already existing handguns. Typically, they cost as much as the original or maybe even a little more.

Within the last couple of years, a new kind of subcompact pistol has emerged—which we shall refer to as an SMPD. The SMPD is a subcompact with a moderate price (in the $300 range), a polymer frame and a double-action-only (DAO) trigger. The combination of a low price, polymer construction and a DAO trigger is not accidental. The ease of making a polymer frame and the simplicity of a double-act...

It has come to our attention that there is indeed a rift between stalwarts of practical shooting. USPSA/IPSC approaches the sport in a freewheeling manner, with eyes toward raising the level of its game to that of an Olympic sport. The International Defensive Pistol Association would rather have its matches looked upon as training for life-threatening situations. Attending matches held under the auspices of each of these organizations has led us to believe that each brand of practical match has value as training and entertainment. Whereas the IDPA insists on carry-suitable guns and holsters, it is most easy to succeed in these matches with a pistol that would also be competitive at a USPSA/I...