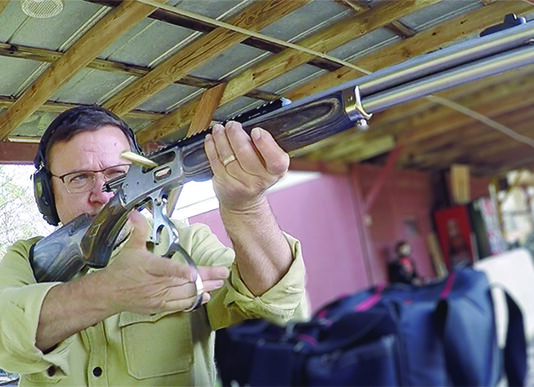 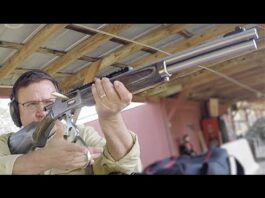 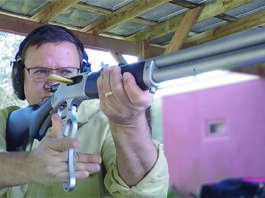 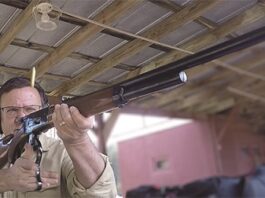 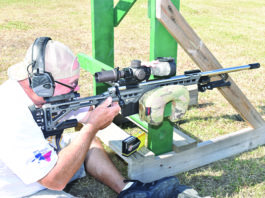 Picking a Heavy-Barrel .243: Electronic Or Conventional?

Yep, Remington's $1,999 EtronX works, and it's a clever idea packaged in a very accurate rifle. But you still might prefer the classic Ruger Varmint.

Need a .416 Bolt Action? We Recommend Which One To Buy

If as a serious hunter you've already got a good .375 H&H Magnum rifle, you may still need a really big rifle to complete your hunting battery. If you've got a good .416, you probably don't need any bigger rifle, and will have precious little need for a .375. That's the nature of the various .416s. They'll do pretty much what the biggest .458 Winchester Magnum and larger rifles (large bores) do with less recoil, and will also do everything the smaller rifles (medium bores) do, but you'll get kicked harder.

The oldest of the .416s is the .416 Rigby, introduced in 1911 by John Rigby & Co. The .416 Rigby cartridge looks extremely modern, with its sharp shoulder and barely tapered case. The Rigby was designed to be an all-purpose, heavy-caliber rifle for the man who wanted to hunt Africa with a bolt-action rifle. Before the Rigby round was introduced, serious hunters who needed powerful rifles used large-bore single shots or double rifles. There were no large-caliber cartridges for bolt-action rifles. John Rigby ensured his ammunition was loaded with excellent bullets, including a superb steel-jacketed "solid" for elephant. Also, the workmanship on his rifles was as good as it gets. The rifles and ammunition performed admirably, and the result was that the .416 Rigby soon achieved a stellar reputation in Africa. The availability of repeat shots over the then-common single shots for about the same cost, and the much lower cost of the Rigby over a comparable double rifle also helped Rigby's sales.

Remember that daylight bank robbery in California a few months back? The bad guys were illegally armed to the teeth, wearing body armor and spraying lead in all directions. If there had been a movie crew around, one might have thought they were filming Lethal Weapon 4.

If you saw the TV news coverage, the image of one armored bandit being dropped in his tracks will probably stay with you a long time. That shot was taken with a rifle capable of MOA (minute of angle) accuracy at 100 yards. In the hands of law enforcement, they're called sniper rifles. The rest of us call them target or varmint rifles. Except for finish and perhaps some high tech, highly expensive add-on optics, they're muc...

Rifles4570 estaff - November 2, 2000
We talked with Judge Roy Bean the other day. The one we spoke with had nothing to do with holding court, hanging strangers at a whim or running a frontier saloon named The Jersey Lily. He and seven others shot an IPSC match with black powder revolvers back in 1979, giving birth to the Single Action Shooting Society, over which Judge Bean now presides.

The S.A.S.S. eventually begat Cowboy Action Shooting, and the rest is history in the making. No other shooting sport is growing as fast. It got a foothold in California, moved into Arizona, then Texas, is presently spreading rapidly through Florida, Pennsylvania, Georgia and doubling the number of active participants nationwide every 12-1...

The bolt action rifle is easily the most popular type of centerfire hunting rifle in this country, and for good reasons. They are accurate, reliable and easy to use. The second most popular type of hunting arm is the lever action rifle. Such guns aren't accurate at long distances, but these easy-handling firearms are just what is needed in the brush where distances are short.

Excluding rimfire models, the least popular type of hunting firearm is the pump action rifle. This is probably because one of the main contact points between a rifle and a shooter or rest, the forend, isn't fixed and typically has some side-to-side play. If a gun isn't held steady, it is difficult to hit the intende...

Rifles308 estaff - November 1, 2000
Many sportsmen who have tired of hunting whitetail deer with over-the-counter assembly-line rifles are increasing turning to small-volume, high-end firearms in search of better craftsmanship, accuracy, performance and beauty. However, for the well-heeled sportsmen, there is a distinct downside to making this move: Will they wind up paying too much for such rifles?

We recently undertook to answer that question in a comparison three high-end bolt action rifles from Sako, Steyr and Browning, all of which list for over $900. Our test guns were the Sako Model 75 Hunter, the Steyr SBS Forester and the Browning A-Bolt II Eclipse.

Naturally, we were curious about how well this grade of rifle...

Rifles estaff - November 1, 2000
Nobody seems to know exactly when the .25-06 was first worked up as a wildcat cartridge. Weve read opinions that it was 1914, while others lean into the 1920s. Most historians credit Adolph O. Neidner, a maker of custom rifles, as its originator, however.

It was Neidners intent to develop a varmint round that drove 80+ grain bullets at higher velocity and flatter trajectory than the .250-3000 Savage or .25 Krag, then widely used for Chucking. He achieved this by retaining the overall case length and shoulder angle of the .30-06 while necking it down to accept the smaller projectile. For a combination of reasons, not the least of which were the Great Depression, World War II, and the ex...

Anyone seeking an all-around cartridge for North American hunting would be well served by the .30-06. In fact, the cartridge would be pretty handy just about anywhere one wanted to hunt, worldwide. Make the rifle out of stainless steel, put it in a synthetic stock, and you've got a versatile, durable tool that ought to last several lifetimes.

The .30-06 is the most popular cartridge all over the world, and rightly so. The many varieties of bullet weights, types and velocities available, in both factory loads and as components for the handloader, are unmatched in any other cartridge. There are saboted lightweight bullets at varmint-getting velocities, heavyweights up to 220 grains with eno...

Deer rifle. Cowboy gun. Saddle carbine. The .30-30 lever-action rifle is well known, no matter what you call it. Whether you want a knock-about rifle for hanging in the back window of your pickup, slinging under your foot on a snowmobile, or to use for the serious work of knocking down your yearly supply of venison, the .30-caliber lever rifle is one handy tool.

Where does it shine? Actually, the lever-action rifle doesn't really shine for much of anything, truth be told. Normally, today's lever rifle isn't known as a tack driver, but there are exceptions. Neither is the .30-30 an overwhelming powerhouse. Lever rifles tend to be reliable and, above all, handy. They're slimmer by far than...

About 50 or 60 years ago, every boy had a .22 rifle, knew how to shoot it and had a place to shoot it. We are quite sure that each and every one of those boys longed for a bit more power from their rimfires. They figured they'd be happy if the darned bullet shot just a tiny bit flatter and hit with a bit more power. Unfortunately, the .22 Winchester Rimfire (WRF) was in the process of becoming obsolete, and anyone who bought one of those rifles seeking just a bit more power was doomed to run out of ammunition. However, its replacement was already on the drawing boards.

The .22 Winchester Magnum Rimfire (WMR) came into being in 1959. The first guns available were actually Ruger and Smith &...

The Browning BAR Lightweight is Superior to Remington 7400 Carbine

In spite of what some people may say or think, we feel a semiautomatic rifle is a worthwhile hunting arm. A bolt-action rifle may work just fine for most hunters, but manually-operated firearms are extremely difficult, if not impossible, for physically disadvantaged people to use. Also, a semiautomatic rifle's ability to deliver a fast follow-up shot can prevent wounded game animals from suffering needlessly.

There is, of course, a downside to the semiautomatic rifle. It typically weighs about 1/2-pound more than most bolt-action sporters, making the gun tiresome to carry around for any length of time. However, the .30-06 Springfield rifles in this test solve the weight problem. They are...