Editorial Todd Woodard - March 23, 2020
A document produced jointly by the Alliance for Gun Responsibility, the Giffords gun-control group, and the Educational Fund to Stop Gun Violence is raising...

Editorial Todd Woodard - February 21, 2020
Believe me, I get what our job at Gun Tests is: to compare and grade firearms so you can make informed purchase decisions. But...

On October 24, 2019, Franklin Armory filed suit in the U.S. District Court for the State of New Jersey challenging actions of the New Jersey State Police, which had outlawed sale of Franklin Armory's Reformation series of firearms.

Editorial Todd Woodard - December 12, 2019
According to the FBI, more than 200,000 background-check requests associated with the purchase of a firearm were submitted to the agency on Black Friday... 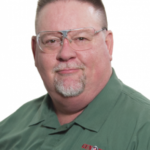 One of the issues gun owners face is whom to believe when politicians stake out policy positions on gun controls they would implement if they are elected to higher office.

So Many Good Guns

But I believe real-life owners of guns — purchasers — usually tell more truth about product performance in the comments sections of various retailers. I assiduously read such comments, looking for online complaints that are worth checking out when I buy our guns and shoot them head to head. If we can't duplicate an issue that has come up, we don't report it — it's just gossip if we can't document it ourselves. But, occasionally, a nugget will drop out of the online compost, making the experience worthwhile

A Good Time to Buy

It seems gun companies are suffering from a lack of "fear-based buying" because consumers aren't worried about stricter gun control while Donald Trump is in office. Also, ammo sales have been hit by consumers buying fewer bullets because they stockpiled during past scares, according to Markets Insider, a stock-tracking firm (Markets@BusinessInsider.com).

CNN has reported that federal authorities are searching for thousands of conversion devices that render semi-automatic Glock pistols into fully automatic weapons that are considered to be machine guns.

You Cannot Make This Stuff Up

OMG, the things that are going on in and around the gun world these days. Some of it is quite hilarious, and some of it is deadly serious. In both cases, the items below are so weird, I could not make this stuff up if I had to.

Get Yours While the Getting is Good

On April 2, NRA and California Rifle & Pistol Association (CRPA) attorneys filed an opposition to California's request seeking an immediate stay of enforcement in the case of Duncan v. Becerra, which found California's restrictions against so called "large-capacity" magazines unconstitutional and unenforceable.

The Good, the Bad, and the Ugly

Gun legislation is swinging wildly from state to state. Some states are seeking to restrict or ban certain classes of firearms; others are expanding gun-ownership rights in ways we wouldn't have thought possible just a few years ago. And the Supremes have taken up a 2nd Amendment case that has the possibility of striking down a gun ban - whodathunkit? Here's a roundup of some of the legal efforts that qualify as The Good, the Bad, and the Ugly (hat tip to director Sergio Leone).

I’m Not in a New York State of Mind

A long time ago, when dinosaurs roamed the earth, I worked at Field & Stream magazine in Manhattan, at 1515 Broadway, or 7th Avenue and 44th. At the time, New York City's gun rules were just as crazy and un-Constitutional as today, maybe worse, and were difficult to accept when the articles I edited nearly every day concerned firearms that couldn't be possessed in the city. But I shot in NRA smallbore matches on Long Island and upstate in a Friday-night quarter-course league at West Point (which was awesome), so the strongest anti-gun sentiment didn't extend very far into the ‘burbs. But that seems to be changing for the worse again.