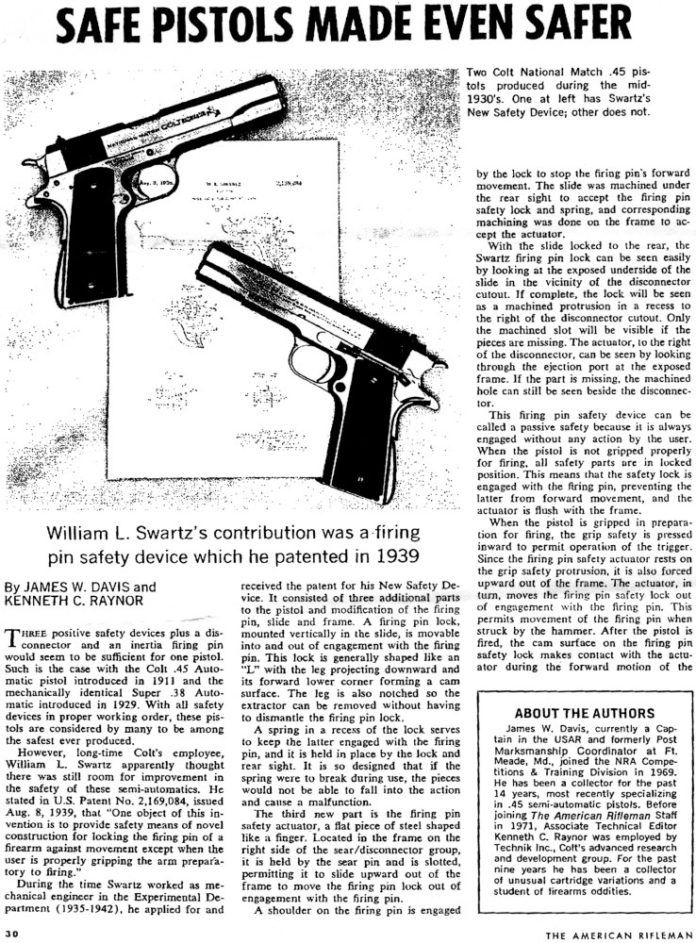 (GunReports.com) — The October 2013 issue of Gun Tests magazine compares three 45 ACP Commander-size 1911 pistols from SIG Sauer, Kimber, and Ruger. Part of their differences are in the safeties, one of which is the Swartz design in the Kimber CDP II. This article from American Rifleman (January 1976) discusses the design in detail.