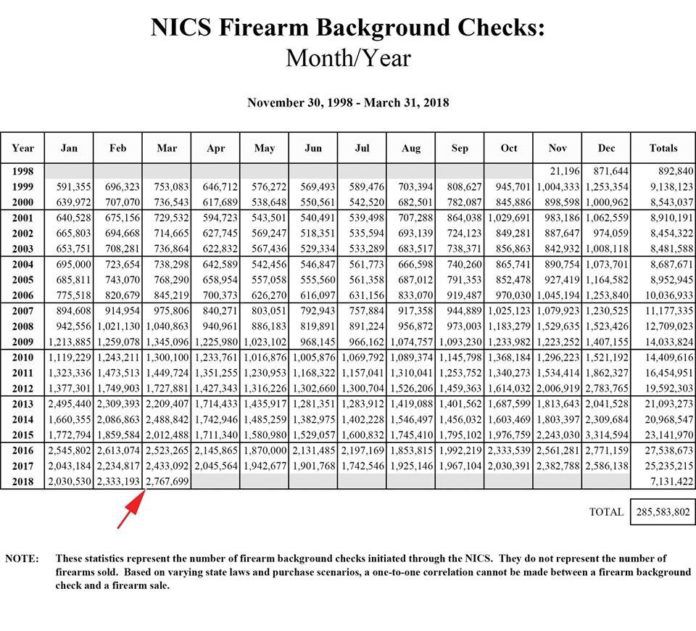 According to a note at the bottom of the FBI NICS-totalsrelease, “Based on varying state laws and purchase scenarios, a one-to-one correlation cannot be made between a firearm background check and a firearm sale.”

Still, the number of NICS checks in a month is considered a strong indicator for how well gun sales are doing, Woodard explained. Each sale made by a federally licensed dealer, such as a gun store, is subject to a check. Missing from these transaction totals are the sale of used guns between private parties. Also, some states use the checks to issue gun-carry permits.

“And sales of multiple guns during a single transaction by a dealer generally only requires a single background check,” Woodard said. “So, for example, when I bought three bolt-action rifles at a local Academy store in Houston in March, that only generated one NICS check.”

Clanahan said the market had actually gotten very soft after Trump took office. Manufacturers and distributors alike were sitting on thousands of firearms, causing prices to drop substantially, so gun buyers can find deep discounts on many types of firearms in the current marketplace.

Click the links below to read related Gun Tests coverage of gunowners’ rights:

‘Say Something’ Leads to ‘Do Nothing’

NICS Gets Attention, Good and Bad