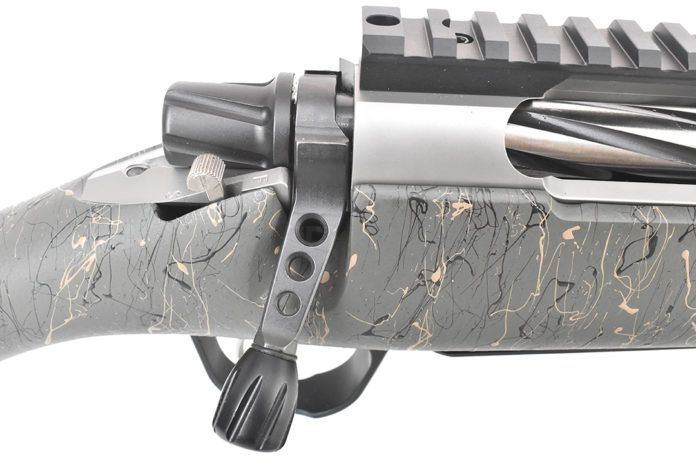 Hey Shooters, are you looking for a high-performing bolt-action rifle that offers extended range and exceptional accuracy?

If so, check out the November 2020 issue of Gun Tests Magazine.

Gun Tests Contributing Editor Joe Woolley tried out three rifles chambered in the 6.5 Precision Rifle Cartridge, or 6.5 PRC, to see how the round compares to the 6.5 Creedmoor in terms of accuracy and recoil.

Like with the 6.5 Creedmoor, Hornady got involved in the final specifications of the 6.5 Precision Rifle Cartridge (PRC), which debuted in late 2017.

This newish cartridge offers almost all the advantages inherent in the 6.5 Creedmoor, with more speed to boot.

That means even better trajectories and downrange energy.

Also, several manufacturers have accepted the new cartridge, so we were able to find four rifles chambered in the 6.5 PRC. Part 1 of the test is covered in the November issue of Gun Tests Magazine. Part 2 will appear in early 2021.

Our initial results suggest that Hornady may well have another winner on their hands. All shooting was done at American Shooting Centers (amshootcenters.com) in west Houston.

These are hunting-weight barrels, and they tend to heat up quickly, so we fired multiple three-shot groups.

Then, the rifles were allowed to cool between strings. We were able to locate quite a selection of 6.5 Creedmoor ammunition, while the availability of 6.5 PRC was fairly limited.

Here are the highlights of the Christensen Arms Ridgeline test.

Shooting it side by side with a rifle chambered in 6.5 Creedmoor, we noticed the 6.5 PRC does indeed have noticeably greater recoil without the muzzle brake.

With the brake attached, the 6.5 PRC became a loud pussycat to shoot.
The Christensen barrel is 416R stainless measuring 1.2 inches at the receiver and 0.92 inches at the muzzle — and weighs almost nothing. That is because most of the bulk is an aero-grade carbon-fiber wrap.

The 24-inch 1-in-8-twist barrel comes with a match chamber on a button-rifled hand-lapped bore.

The barrel is free floated from the recoil lug forward.
The stock is a sporter-style, also made of carbon-fiber composite. The forend is very trim and rounded.

Invar pillars are used to keep the shooter from torquing the action in too tightly, and we could see spot bedding around the recoil lug.

The action on our rifle had a brushed-stainless finish with lightening cuts milled into the receiver as well as an oversized ejection port.

The twin-lug bolt is spiral fluted and nitride treated to help with corrosion resistance and lubricity. It uses an M16-style extractor and it comes with dual ejectors.

The bolt knob has been fluted and the bolt handle skeletonized.
The Trigger Tech trigger had virtually no take up and almost no overtravel. Adjustment is simple with an easily accessed Allen screw visible just in front of the trigger proper, without no disassembly needed.

We adjusted it to just less than 2.5 pounds.

The Christensen Arms Ridgeline averaged 0.72-inch three-shot groups over two different kinds of ammunition. We quickly became big fans of this innovative cartridge and didn’t really want to end the tests, so we didn’t.

We also obtained a Seekins Havak PH2 in 6.5 PRC and a Weatherby Mark V Backcountry in the new 6.5 RPM chambering. We will have test results on those soon as we compare them to the Christensen Arms Ridgeline.