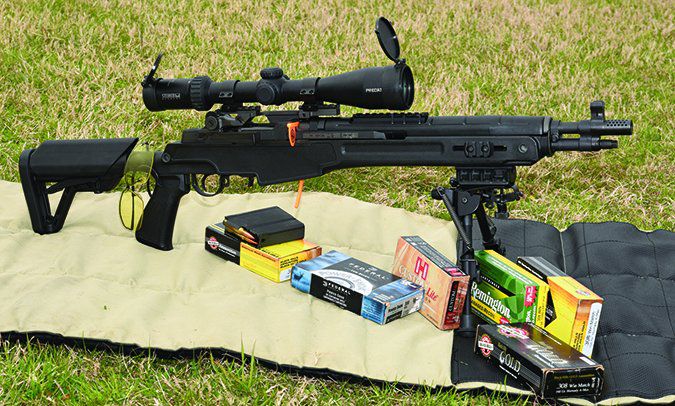 In 1974, Springfield Armory of Geneseo, Illinois began offering a civilian-legal semi-automatic rifle based on the M14, which it christened the M1A. Since then, Springfield Armory has offered several versions of the rifle, including a number of carbines utilizing a 16.25-inch-long barrel. In the September 2014 issue of Gun Tests, we evaluated the Springfield Armory Socom 16, which added a scout-style scope mount positioned forward of the ejection port. This was a simplification of the Socom II we covered in 2012that featured a multi-rail forend made by Vltor Weapons Systems. The subject of this evaluation is the newest carbine, the $2442 Socom 16 CQB. The CQB uses the same barreled action as previous carbines but sheds the traditional stock in favor of a carbon-fiber-reinforced polymer stock by Archangel featuring a 5-position adjustable-length buttstock.

Rugged and more versatile than past M1A carbines, this is a powerful workhorse that can be quickly adjusted to fit any shooter.

Springfield Armory offers two CQB models. Item number AA9611PK ships with a Vortex Venom red-dot sight affixed to the bracket recognized as the en bloc clip designed to guide the loading of clip bound ammunition, a remnant of its Garand heritage. The dot is positioned to co-witness with the 0.125-inch-wide front post as viewed through the 0.135-inch rear ghost ring aperture. The front sight, made by XS Sights of Fort Worth, featured a tritium insert. Nevertheless, we chose its brother, item number AA9611, with iron sights only, but with a factory-installed optical scope mount. Why? With limited availability of scope mounts for the M1/M1A platform, we wanted to see what Springfield Armory had to offer. The scope mount added $299 to the cost of the rifle, including installation. We could have purchased an aluminum mount from the Springfield Armory online store for $155 and put it on ourselves, but we wanted to make absolutely sure it was done properly. In addition, the steel mount is not available separately. We then affixed a 4-16x50mm Steiner Predator scope with 30mm tube using extra-low-mount rings. Along with the adjustable-length buttstock, we wondered if this would provide optimal eye relief as well as comfortable length of pull.

The Archangel stock was, in our view, closer to being a chassis application due its drop-in construction. But this stock is not sold separately online at ArchangelManufacturing.com. Features included sockets for QD (quick-detach) sling swivels on each side of the forend and just above the pistol grip. In addition, the forend offered a traditional grip relief as well as vents on each side and beneath the stock. The true function of the venting was to attach sections of Picatinny rail. Two 1.6-inch-long sections offering three slots were mounted on each side of the forend. Plus, a single 3.1-inch length of rail (seven slots) was bolted to the underside, to which we mounted a bipod.

The buttstock resembled the basic configuration of an AR-15 with a compression lever available to set length of pull. Lockup was secure in terms of side-to-side wobble, but the unit did move forward and back about 0.05 inches. The comb of the buttstock was augmented with a securely fit snap-on riser that resulted in comb height being as close to the center of the bore as we could measure. We noticed that the diameter of the faux buffer tube was too large to accept any of the popular aftermarket buttstocks. (Bolt reciprocation relied on a piston gas drive, so no buffer spring was present). A buttstock with adjustable comb would have been preferable, in our view, because the fixed comb limited our choice of scope rings to extra low to achieve proper eye alignment.

Peeking through the stock on the underside was the vertical paddle for magazine release and the trigger guard with a two-position safety. Once in battery, the safety was pulled rearward into the trigger guard. For safety-off, ready to Fire, the lever must be pushed forward from within the trigger guard. While this may intuitively run counter to safe practices, the movement required considerable pressure. Likewise, the trigger required deliberate action. The M1A trigger was a two-stage design with a length of take up for warning and a press of about 6.4 pounds for ignition. Yet the trigger was actually quite smooth. The safety lever itself offered a round hole measuring about 0.25 inch in diameter, so the safety can actually be padlocked in the Safe-on position. Manually, the bolt could be locked rearward by pressing down the tab on the left side of the action. However, releasing the bolt was best achieved via pulling back on the charging handle.

For range tests, we visited American Shooting Centers located west of Houston in George Bush Park. We collected accuracy data from the 100-yard benches and measured velocities using a LabRadar chronograph. We found inserting the 10-round magazine to be a bit clumsy. The catch mechanism was built, in our view, for strength and not speed. The M1A magazine is inserted with the leading edge of the magazine pointed up and into the well followed by the rear edge of the magazine being rotated upward into the latch. As we’ve found in the past, the longer 20-round magazines (also available) were easier to work with due to the increased leverage. But a look into the magazine well of the Socom CQB added another factor. Although the Archangel stock offered a feed-ramp contour to the magazine well, there was a gap between the stock itself and the bottom metal. This often got in the way when inserting the magazine.

The CQB (Close Quarters Battle) rifle is a fighter’s gun, not a target rifle. Nevertheless, we were able to land sub-minute-of-angle groups firing Black Hills Ammunition topped with 155-grain A-Max bullets. Black Hills Gold Ammunition topped with 168-grain Hornady bullets also proved capable of delivering some shots into 1 moa, but five-round groups measured about 1.2 inches across, on average. The M1A platform is a beast but was still able to cycle Hornady Custom Lite low-recoil rounds reliably. This made for a very comfortable shooting experience. The 125-grain bullets were less accurate, with five-shot groups measuring about 1.3 to 1.6 inches across.

Our Team Said: The adjustable stock on the Socom CQB made the rifle an easy fit for different-sized shooters. There’s no question that shooting the rifle from positions required less effort compared to its traditionally stocked stable mates. Connecting the contour of the stock with the bottom metal would speed reloading and a standard dimension “buffer tube” would offer the buyer more appealing options. But, if there was any doubt that the M1A series could be used effectively with a scope, the factory-installed mount made all the difference. With the increasing availability of variable-power tactical scopes, the Socom CQB is definitely worth consideration.

Written and photographed by Roger Eckstine. 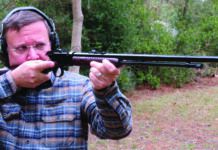 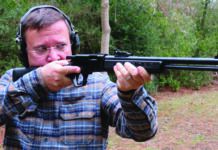 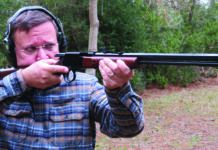