The SKS is a homely brute, and many of its simple mechanisms are largely outdated by today’s weapons’ standards. But it works. It, like so many rifles based on the tapered 7.62 x 39 round, catches the cartridges that its two-piece bolt strips out of that fixed, ten-shot magazine with great ease. It fires them reliably and slings out the empties like an outraged matron encountering last week’s garbage. The accuracy isn’t generally good enough to be called that, unless you’ve got a lucky specimen on your hands. On average, they seem to shoot M1-Carbine-size groups. They’ll put most of their shots into a four- or five-inch circle at a hundred yards, and that’s plenty good enough for their intended job. But you’d never write home to mama about how attractive a rifle an SKS is.

Some time back, Gun Tests reviewed one of these Simonov-designed semiautos in a test of three different types of rifles that could handle the 7.62 x 39 round (the others were the AK-47 and Ruger Mini-30), and in its report they liked the arsenal-refinished Soviet-made SKS, and suggested you grab one if you could find one. Later, they looked at four others, three from Romania and one from the USSR. In that report, they told you some of the things to look for when considering an SKS. They found an ugly duckling in that batch that was an excellent shooter, and one of the test crew bought it for about $150.

Since then, they have noted some of the sources for the SKS’s are drying up, particularly those from the USSR, and prices for good SKS rifles — no matter their origin — are slowly going up. The Chinese versions no longer take up table after table at most gun shows, and gone are the “deals” that gave you a rifle, sling, handful of accessories, and a few boxes of ammo all for less than a C-note. But they did find some “new” SKSs. The rifles it tested qualifies as a Curio and Relic (C&R) gun, so if you have a C&R license ($30 license fee), you can order directly from the distributors and save some money.

Here they look at one from Yugoslavia (about $200) with a knife-type bayo and a grenade launcher. Was it any good? Here’s what they said:

This one was full of grease, and we got enough of it out to evaluate the rifle thoroughly. The wood was essentially free of big blemishes, and the bluing was nearly new throughout. The barrel was in fine condition. The rifle appeared to have a chromed bore, in spite of our looking with a magnifying glass. All the metalwork was well done, and had a good polish job before bluing. All the parts of this rifle were well made and didn’t appear to have been done at war-emergency speed. This Yugoslav version had few signs of having been used.

Up front on the Yugo version, we found a grenade launcher pinned to the barrel. Behind the front sight was a clever, folding, grenade-launching sight with three graduations. A spring-loaded button released the sight ladder. The grenade sight swung forward against the normal front sight, and was locked into position by two opposing pins at its base. Releasing those pins required standing the rifle on its butt, pressing inward on both pins with a couple of cartridge noses, and simultaneously pressing downward with your chin against the sight.

The stock, made of stout-looking quarter-sawn hardwood (European walnut?) had a hard, half-inch-thick rubber butt pad, with a hole to access the (empty) butt trap. The strong stock and softer-than-steel butt pad were apparently put there with an eye to accommodating the stresses of grenade launching. Within the shipping box was a moldy leather sling, which appeared to be serviceable. At the very least, it looked (and smelled) authentic.

In spite of the presence of the grenade launcher, this SKS retained a knife-style bayonet that was fitted nicely into the mortised stock forend. The blade was matte-chrome-plated. The wood fore-stock and upper hand guard were short and left more of the main gas tube exposed. This Yugoslav version held the usual 10 rounds. This SKS had a long, creepy trigger pull that was not as bad as it sounds.

The metalwork was not quite as well polished as it could have been, but was not at all bad. The bluing was not quite as deep and black either, but more than adequate. The various parts of this rifle had identification numbers, some of which appeared to be vibro-etched. Not all the numbers were the same, but all parts appeared to be of the same vintage, and all fit quite well.

At the range, our best average groups were 2.2 inches, fired with the soft-nose ammo. There were no surprises, and no problems with this rifle whatsoever.

Gun Tests Recommends: Yugoslavian SKS, about $200, Our Pick. We felt the grenade-launched version to be a great find for the advanced collector. This particular sample of the Yugoslav rifle shot very well. The price of this Yugoslavian-made version may vary from a low of about $150 for average-quality samples, up to about $225 for better-looking versions with a few accessories. A good specimen of the Yugoslavian SKS would probably cost a little less than comparable other versions, and therefore we thought it was a bit better deal. 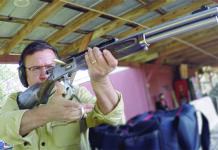 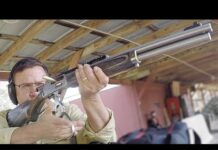 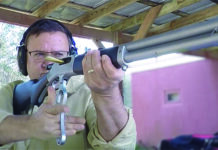