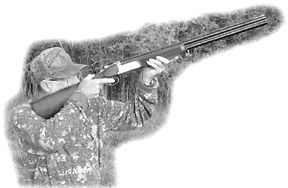 When most shooters think of two big names in firearms— Remington and SIG, in this case—the image of over/under shotguns doesn’t likewise leap to mind. Arguably, Remington is best known for its bolt-action rifles, or in the case of shotguns, its 870 pumps and 11-87 or 1100-series autoloaders. SIG, on the other hand, is solely a pistol company to most shooters, what with the prominence of the P-series semiautos.

But in both cases, we were interested to learn that these companies offer stackbarrel guns for field use. In the case of the Remington, that’s a gun humbly called the Model 300 Ideal, a Y2K introduction that has an MSRP of $2,000. On the Sigarms side, offerings in the Aurora line are broader than the single Ideal in Big Green’s stable. Also rolled out in 2000, the Aurora field guns come in three series (40s, 30s, and 20s) and four gauges (12, 20, 28, and .410), whereas the Ideal is only available in its blued/wood 12-gauge configuration. The Auroras sell for between $1,685 and $2,675, depending on finish.

How We Tested
We acquired three hunting loads and one trap load to shoot in this test, mixing lengths, powder charges, and shot charges as needed for dove, teal, and clay bird shooting. As you would expect, we never had a problem with the guns in terms of operation. They shot and extracted 2.75-inch and 3-inch loads perfectly.

Our test rounds were Win-chester’s 2.75-inch Super Pigeon copper-plated-shot target load, whose shot cup was filled with 1.25 ounces of No. 8s pushed by a powder charge of 3.25 dr. eq. Also included was a 3-inch Remington Nitro-Steel High-Velocity Magnum load (No. 4s, Max. dr. eq., 1.125 ounces of shot), and another 3-inch steel shotshell, PMC’s No. SS123M magnum load of No. 3s, Max. dr. eq., and 1.25 ounces of shot. To save our shoulders, for most of our range shooting we used 2.75-inch Winchester AA Trap Loads.

We patterned the three hunting loads with the two most versatile interchangeable chokes supplied with the guns (Modified and IC), and we checked the guns’ points of aim with both barrels. In the patterning test, we used a Hunter John shotgun patterning target, shooting the rounds into the target’s 30-inch circle at 40 yards. We counted the number of pellets in a given shell and used that number to divide into the number of hits in the circle, which produced a pattern efficiency percentage reported in the accompanying table. Also, we looked for clumping or open areas in the pattern.

With only two guns to test, we did more field testing of them than normal, shooting them side by side during Texas’s South Zone dove season opener, which overlapped the teal season. We also shot the guns at the sporting clays range at American Shooting Centers in Houston. Both experiences gave us insights into how the guns mounted on different targets, and stock-fit problems were magnified by shooting the heavy loads.

Here’s what we found.

Remington Model 300 Ideal No. 5231 12 Gauge, $1,999
The Ideals ship with the gun, three Rem Chokes (IC, Modified, and Full), a tube wrench, and a trigger lock and keys. The company uses its Light Contour barrels (available in 26-, 28-, and 30-inch lengths), finishing them with an 8mm ventilated rib on top and twin bead sights, a 3mm ivory front bead and a 2mm steel mid-bead. The nicely figured American walnut stock had a smooth, satin finish that filled all the wood pores that we could see. The gun had a beavertail front end, an overall length of 45 inches, and an LOP of 14.2 inches. The drop at the comb was 1.5 inches, the drop at heel was 2 inches, and the pitch down was 2 inches. There was no noticeable stock cast. The gun has automatic ejectors and a box-lock style receiver. The receiver has modest amounts of engraving, and the wood is checkered at 20 lpi on the forend and grip. The stock has a straight comb and a no-slip English-style rubber recoil pad. The single-selective trigger is mechanically set.

There were sizable differences between the guns that were immediately noticeable. The Ideal is a heavier gun than the Aurora, weighing 7.8 pounds (unloaded) with the chokes in compared to the Sigarms product’s 7.25 pounds.

But beyond its weight, the bigger issue with the Remington was its girth. The thicker grip and forend made it feel bulkier than the Aurora, in our estimation. The Remington, for instance, measured 2 inches thick across the bottom of the forend, while the Aurora was only 1.5 to 1.7 inches thick across its forend, depending where on the Schnabel-style design you placed your hand.

On the shoulder, the Ideal pointed well, and the soft-rubber buttpad helped soften recoil of the stout loads we used in this test. However, we’d grind down the top edge of the pad, more along the lines of what we found on the Aurora.

Assembling the gun, we noticed some blooming on the blueing, mainly at the chamber/barrel joint. The forend latch is one of the best we’ve seen. It releases and engages easily. The triggers were decent on the top barrel (4.25 pounds) and fair on the bottom barrel (5.25 pounds), in our estimation. There was a lot of drag before let-off on both barrels, we thought.

At the range, the gun and loads patterned right at what we would expect with the IC and Modified chokes (see accompanying table), delivering densities well within the accepted ranges for those constrictions. Both barrels seemed to be regulated to point of aim at 40 yards.

Sigarms Aurora TR20 Field 12 Gauge, $1,865
The Aurora package is more complete than the Ideal, we thought. The gun ships with five choke tubes (Cylinder, IC, Modified, IM, and Full), a tube wrench, and a trigger lock and keys. The barrels (available in 26- and 28-inch lengths) are blued and polished with hard-chromed bores, fitted with a 7mm ventilated rib on top and a single gold front bead, 3mm wide. The hand-rubbed oil finish was nicely applied and showed off the exceptional figure of the European walnut stock. The gun had a Schnabel forend and a Prince of Wales rounded pistol grip, both of which added cosmetic distinction to the gun, at least to our eyes. The Aurora measured 46 inches long overall, had an LOP of 14.75 inches, a drop at the comb of 1.5 inches, a drop at heel of 2.25 inches, and a pitch down of 3.5 inches. There was about a quarter-inch of stock cast-off. The gun had automatic ejectors and a boxlock receiver. The nickel-finished steel receiver and parts of the blued barrel showed more and better-executed engraving than the Rem-ington, and the wood was cut-checkered at 20 lpi on the forend and grip. The stock had a straight comb and a rubber recoil pad. The single-selective trigger was adjustable for take-up and sear engagement via an external screw.

As we noted before, the Aurora is a more nimble package than the Ideal, for reasons we discussed earlier. The downside with the Aurora in terms of weight, however, was that the 3-inch magnums felt noticeably stouter on the shoulder.

Otherwise, we were hard-pressed to find fault with the SIG gun. The triggers broke at 5.25 pounds on the top barrel and 4.75 pounds on the bottom barrel. There was minimal drag before let-off on both barrels, we thought, and using the external screw, we could have adjusted the take-up and sear to our liking anyway — a huge advantage in our eyes. (SIG says the trigger adjustment should be done by a qualified gunsmith, however.)

And as with the Remington, the Aurora patterned within accepted norms and the barrels shot to the same point of aim at 40 yards.