There is a comfort zone for shooters of all shapes and sizes, even when handling a tactical shotgun designed to stop a threat quick, fast, and in a hurry. The recoil produced by short-barreled, multi-round shotguns is often a major element in the purchasing decision – with quite a few potential home- and self-defense shotgun owners choosing to downsize from a 12 gauge to a 20 gauge to lessen the guns’ shoulder shock for all members of a family.

At the suggestion of a reader, we ventured into the world of sub-gauge self-defense shotguns by pitting a new entry into the market, a Legacy International Escort Gladius Magnum semi-automatic 20 gauge, against the veteran Remington Model 870 pump action that is offered in a tactical 20 gauge with an adjustable stock. While 20-gauge tactical shotguns can be harder to find than their larger 12-gauge cousins, these two models seem to be readily available. The Legacy Escort Gladius Magnum carries a price tag of $579 while the Remington Model 870 sells for $529, making them a fairly close match up on price.

Proper and effective close-quarters action with a tactical shotgun in real life is a combination of smooth handling and reliability, plus a heavy dose of confidence that the firearm will do its job in the right way at the right time. The Hollywood versions of never-empty short-barrel shotguns blasting a bad guy so hard that the impact sends him flying through a window are simply unrealistic. Anyone who believes the Hollywood depictions might be accurate should look up Newton’s Third Law of Motion: “For every action there is an equal and opposite reaction.”

That said, felt recoil from the short shotguns can be quite unpleasant, particularly when using heavy loads of buckshot or slugs. Anticipating this potential shoulder punch can cause a shooter to flinch or move off target. Because of the often-uncomfortable shoulder shock from touching off a 12-gauge load, some self-defense authorities recommend shooters consider switching to sub-gauge shotguns as their self-defense tool of choice. For close range shots normally encountered in the self-defense situations, dropping to a 20 has little or no reduction in stopping power, while there can be a reduction in recoil.

As Carl W., one of our readers, brought to our attention, Legacy International has just released a new tactical shotgun that offers close-quarter shooters a sub-gauge option at a moderate price. The Escort Gladius Magnum semi-automatic 20 gauge features many of the bells and whistles favored by tactical devotees and is available for an MSRP of $579.

To put the new semiautomatic to the test, we matched it against a veteran pump-action shotgun, the Remington Model 870, which is one of the most popular versions of tactical shotguns in the field today. Our Remington 20-gauge pump also featured an adjustable stock and extended magazine, retailing for $529.

In addition, we also conducted field tests with a recent introduction into the optics market — a LaserLyte Center Mass laser —as part of our review of the two shotguns. The laser sight easily installed on the test shotguns and featured both a single green dot (better in daylight) and a Center Mass ring of eight green laser dots around a center dot (designed for low-light conditions). The CM-K15B model we were provided is a hybrid aluminum-and-nylon military-style unit that retails for $220.

Here are our findings:

The price as listed was from the GalleryofGuns.com Gun Genie. Introduced in 2014, this 20-gauge semiautomatic brings style and class to the sub-gauge tactical shotgun arena. We liked the looks and feel of the shotgun out of the box, noting it has the heft of its 12-gauge cousin with an empty weight of 7.5 pounds.

Here are some of the bells and whistles that find favor among the tactical crowd: adjustable comb, full pistol grip on the stock, add-on forearm pistol grip, extended-length forearm complete with Picatinny rails, muzzle brake, and adjustable Ghost Ring sight. The shotgun even features a built-in holder for two extra rounds in the stock and a magazine cut off to convert the shotgun to a single shot.

With an overall length of 40 inches and the add-on features contributing to its slightly higher weight than the Remington, we found the Escort to be one of the most pleasurable tactical shotguns we have shot in some time. Target acquisition with the Ghost Ring sights (red bar front and two chartreuse bars bracketing the rear ring) was quick and easy.

As noted earlier, we also utilized the LaserLyte Center Mass laser sight for some of our range time, finding that the sight installation and adjustment was very quick and easy. Shot placement was slightly better with the laser sight than with the Ghost Ring, and the eight-dot ring really improved target acquisition in low-light conditions.

With the slugs fired at targets set downrange at 20 yards, we were able to consistently place five rounds in a 4-inch circle, although the Escort seemed to consistently hit just a little low. Slightly low patterns were also encountered with both the turkey loads and the No. 6 steel shot. However, the shotgun’s fixed cylinder choke kept all the pellets within a 16-inch pattern at 10 paces – providing what we would consider an effective assailant-stopping group.

There were no malfunctions with any of the loads, including during the function-fire tests. The Escort handled five rounds fired as fast as we could pull the trigger.

With the caveat that some of our more experienced shooters are pretty set in their ways, several of our test members preferred handling and shooting the Escort without the add-on pistol grip attached to the forearm. They found the shotgun easier to control and fire with the standard forearm hold, particularly with its heavy 8-pound trigger pull.

Some members of our test group also expressed a little concern about putting a semi-automatic into play during a self-defense situation, pointing out that some semis have been known to jam at the wrong time. We found the Escort worked every time and did its job when the shooter did his or her job.

Our Team Said: We liked the looks and heft of this tactical shotgun, and we gave it extra points for its tactical features and Ghost Ring sights that allowed for very quick and accurate target acquisition. A slightly heavy trigger pull and slightly larger patterning performance were the only minor faults noted in our evaluation.

This was the price at BudsGunShop.com. MSRP was $100 more. A favorite tool of law-enforcement agencies and many individual tactical shooters, this 20-gauge version of a solid shooter is your basic, get-it-done self-defense firearm. The Remington Model 870 20 gauge with tactical features and a quickly adjustable stock just feels good to handle. Quick to bring onto targets and a reliable workhorse, the Remington may lack some bells and whistles but makes up for that with solid, dependable performance.

The Model 870 pump-action shotgun was introduced in 1949 as a streamlined, rugged, reliable and inexpensive shooting tool. This 20-gauge version we tested lived up to that reputation. With its additional features of an adjustable stock and extended magazine, the 20-gauge tactical shotgun provided the same simple and effective service as its predecessors. There is a reason that the Model 870, which was Remington’s answer to the legendary Winchester Model 12 pump, has become one of the best-selling shotguns in history.

Slightly lighter than the Escort, tipping the scales at 7 pounds, the Remington had good balance for a short-barreled shotgun with an overall length of 36.75 to 39.75 inches, depending upon stock adjustment. All of our test members were able to settle into a snug, comfortable fit with the Remington, although the hard synthetic comb was just slightly uncomfortable when touching off the heavier loads.

We really appreciated the trigger touch off of just 4 pounds – among the lowest we have ever encountered in tactical shotguns. The 9-inch-long forearm was back to the basics in features, but provided a firm, comfortable hold when combined with the textured full pistol grip on the stock. Shucking rounds through this slide action was slick with no functioning problems or hang ups.

A single brass bead as a front sight on the 18-inch barrel did not cause any target acquisition problems; and when the LaserLyte laser sight was installed by use of the Tri-Rail Mount on the barrel, putting pellets and slugs on paper was nicely enhanced.

Producing the same group of 4 inches with the slug rounds, the Remington hits were all center mass – right where we were aiming. We could touch off the five rounds a little quicker with the LaserLyte green dot as it found the target, but the groups remained consistent at 4 inches. With the No. 3 buckshot and No. 6 steel shot, we consistently achieved solid 14-inch groups right on the center mass where we were aiming with the Remington. The firearm seemed to fall right back on target as each fired round was ejected and a new one was fed into the chamber.

We noted that the safety at the back of the trigger guard was slightly harder to reach than the safety on the Escort. The tactical stock’s pistol grip extended just a little farther out around the safety. It was deemed a minor problem, but was worth noting.

During the rapid-fire tests, the Remington performed flawlessly. Five shots fired in rapid succession were touched off in a smooth and effective manner time after time.

Our Team Said: We were pleased with the very solid basic functioning, comfort and handling of this pump – it does its predecessors proud. Trigger touch off and patterning performance were both very good. About the only downside we could find was slightly higher felt recoil from the heavy loads. 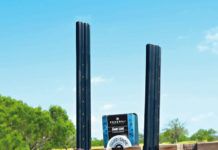 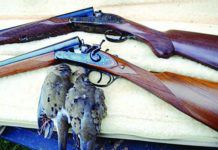 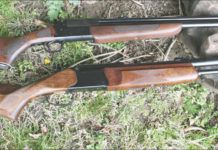