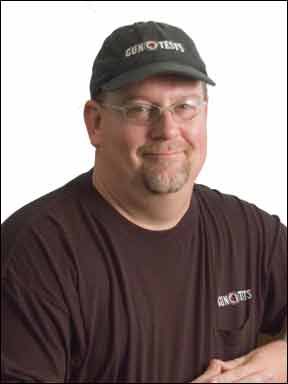 A number of developing stories that have to do with guns show me how fragile my ability to enjoy shooting firearms really is. By the time you read this, some or all of these issues will be resolved or moving toward resolution. They are all serious breaches of, or threats to, gun ownership and the civil rights of shooters across a spectrum of legal, cultural, and political venues.

U.N. Arms Trade Treaty (ATT). The latest attempt by the U.N. and global gun banners to eliminate Second Amendment freedoms happened in July. The “United Nations Conference on the Arms Trade Treaty,” language for which was drafted in New York City, is one of the most serious threats to American gun owners in decades. Among other things, proposals have been made for the treaty to impose stringent registration requirements, gun bans, and the tracking of ammunition, along with mandating new permits for traveling international hunters and sport shooters, and the creation of a U.N. gun control bureaucracy. If the ATT is ratified by two-thirds of the U.S. Senate, who knows how civilian ownership of firearms could be affected.

U.S. House Votes for Holder Contempt Resolution. The U.S. House of Representatives held Attorney General Eric H. Holder, Jr., in contempt of Congress for failing to turn over subpoenaed documents about his department’s response to the “Fast and Furious” operation. And in a historically unprecedented maneuver, President Obama claimed executive privilege to justify withholding Justice Department deliberations from a congressional subpoena. I explained to Gun Tests’ Publisher Tim Cole in January that, even then, the tinfoil-hat brigade already believed that F&F was a false-flag op run by Justice to create the pretext for more domestic restrictions on firearms. Hand me the Reynolds Wrap, baby.

Google Censors Firearms-Related Shopping Results. Google announced that it will not list firearms on its Google Shopping service. In a letter to online firearms, accessories, and ammunition vendors, Google informed those dealers that they will no longer be allowed to sell their wares through the Google service. The first thought that popped into my head was “Bing!”

Cali Moves to Effectively Ban Most Semi-Autos. If you think it is hard to own and possess a semi-automatic firearm in California now, just wait until Senate Bill 249 gets enacted. If made into law, the bill would ban the ownership and possession of AR-15s and other magazine-fed semi-automatic firearms that currently use “bullet buttons” or other tools to facilitate the removal of the magazine.

This kind of crap won’t stop until members of state government are prohibited from using LE as security to protect themselves and their families. GT

To follow the progress of our tests or to hear about our gun-inventory sales, please “Like” the Gun Tests Magazine Facebook page, www.Facebook.com/GunTests. To read up-to-date information on new firearms and accessory introductions, gun legislation, and the latest efforts to restrict the 2nd Amendment, log on to www.GunReports.com, or “Like” the GR Facebook page at www.Facebook.com/GunReports.