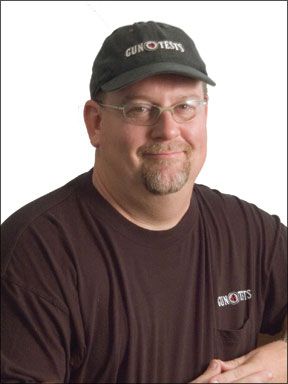 Are you a teacher? Know one? Live with one? If so, do you endorse what a vice president of the National Education Association said at this year’s Netroots Nation conference? Speaking to 3,000 assembled “progressive activists” at the conference, NEA VP Lily Eskelsen Garca, a sixth-grade teacher from Utah, boldly declared a “prophecy” about the eternal destiny of NRA and Second Amendment supporters, and of politicians and lobbyists working to promote gun rights. She said, “I’m not an ordained minister; I’m not a theologian, but these guys are going to hell.” The NEA has more than 3 million members. I wonder how many hundreds, or thousands, are NRA members and are supposedly represented by her?

Such as this. On June 27, the case against 14-year-old Logan Middle School Honor Student Jared Marcum of Logan, W. Va., was dismissed with prejudice. Marcum had been charged with obstructing an officer following an incident stemming from a Logan Middle School faculty member’s reaction to Marcum wearing to school an NRA T-shirt featuring the words “Protect Your Right” and an image of a semiautomatic rifle. The charge against Jared carried a possible sentence of incarceration.

The entire episode started back on April 18 when Marcum was wearing his NRA T-shirt in school and a Logan Middle School band teacher took exception to Marcum’s choice of attire. The Logan County Schools’ Dress Code, however, had no restriction on clothing featuring firearms. Nevertheless, the teacher demanded that Marcum remove his shirt or turn it inside out. Marcum refused, citing his First Amendment rights, at which point the other Logan County school officials became involved.

As Jared persisted in asserting his rights and refusing to remove the shirt, school officials called the Logan Police Department, complaining of an “unruly student.” Police arrived to find Jared in the principal’s office, still wearing the shirt. An officer ultimately arrested Marcum, claiming that his repeated assertions of his rights, even after being warned to be quiet, constituted obstruction of a police officer.

On June 17, Logan County prosecutors charged Marcum with obstructing a police officer, claiming that Marcum had hindered the responding officer’s ability to do his job by “interrupting” and refusing to be quiet when told to do so. NRA-ILA reports that the parties eventually agreed that no further legal action would arise from the case. In the agreement underlying the order of dismissal, Jared did not admit guilt to any offense, and the State made clear that “[u]nder [the] circumstances [it] is not interested in the possibility of creating a juvenile criminal record for this Defendant.”

One wonders what would have happened to him if he had been a student of Ms. Lily Eskelsen Garca. Hey! Teachers! Leave them kids alone! GT