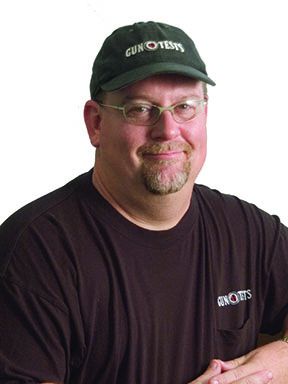 Got a subscriber note through customer service from Russ Rothman in Florida. He wrote, “I enjoy most of your reports on guns and ammo, and related products, but don’t like the Republican Party propaganda. Why don’t you report on firearms, and leave the Republican propaganda to the Koch brothers and Karl Rove? The economic, foreign, anti-scientific and mean-spirited policies of the Republican Party are bringing the American people down, and you’re helping them. I cannot in good conscience support that.”

His complaint is oddly timed, since I wrote about the NRA’s Firearms for Freedom program last month. Perhaps he was referring to my October editorial, about how I wished Mitt Romney would promise to revoke Obama’s assertion of executive privilege on Fast and Furious. It’s not Republican Party propaganda to demand to know who, specifically, authorized the government to sell guns to Mexican drug cartels. I am a gun journalist, but a journalist still, so I am curious about programs that spend tax money and get people killed. But with Obama’s victory over Romney, I doubt we’ll ever know anything more about F&F.

Rothman’s other comments are head-scratchers, because I don’t comment here on monetary policy, abortion, Benghazi, or other issues of the day, except for firearms confiscation, legislation, and regulation. Do David H. Koch and Charles G. Koch help finance gun-owner legislation or candidates? Not to my knowledge, but if they do, then they’ll get props here. Does Karl Rove have a whiteboard where he assesses response to gun-ownership issues? If so, I’ve never seen it. But if Rove one day shows that gun ownership leads to political victory for one party or another, then hurrah! He’ll be my favorite political oddsmaker.

And if Obama comes out next week and says he won’t pursue or promote a new “assault rifle” ban or other interference with gun rights, then he’ll get praise in this space for that. So, I’m left to wonder, how does advocacy for gun civil rights in this space bring “the American people down?” I think that notion is backwards. In my view, gun rights guarantee that the American people won’t ever be brought down by enemies, foreign or domestic.

And, overwhelmingly, Gun Tests readers in good conscience support that sentiment and want to know more about threats or efforts to curtail their 2nd Amendment rights. Unfortunately, I have the uneasy feeling that many “Downrange” columns will be needed to address threats to gun ownership, use, and enjoyment in the coming years. GT

To follow the progress of our tests, please “Like” the Gun Tests Magazine Facebook page, www.Facebook.com/GunTests. To read up-to-date information on new firearms and accessory introductions, gun legislation, and the latest efforts to restrict the 2nd Amendment, log on to http://www.gunreports.com/.