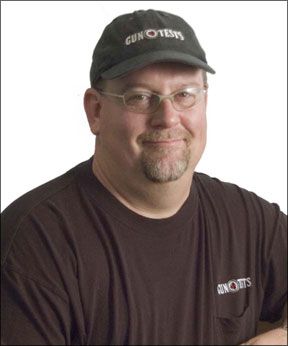 Gun owners in New Jersey met last month to support Brian Aitken, who’s currently serving seven years in state prison for bringing legal guns from another state into the Garden State. Aitken was a finance student at New York University, when on January 2, 2009, he was arrested for illegal possession of firearms while moving from one residence from another. All of the firearms were legally owned. Aitken passed three different NICS background checks to purchase them.

But New Jersey statutes make it illegal for anyone without a concealed-carry permit to possess a firearm even if it’s otherwise lawfully owned. The only way to lawfully possess firearms in New Jersey is through exemptions to the law like driving to and from a shooting range or moving residences. However, they must be raised during trial, therefore removing the presumption of innocence for the charge of possession. Aitken had just brought his firearms from Colorado to New Jersey a week prior to his arrest.

Several witnesses, including the arresting officer, testified that his car was packed with his personal belongings—so much so that it took the police 2 hours and 39 minutes before they found Aitken’s guns locked and unloaded in the trunk of his car, exactly as New Jersey law dictates.

Aitken knew this because only days earlier he had found out from the New Jersey state police how to legally transport his firearms in New Jersey. The officers, believing Aitken had done nothing wrong, then offered to leave the firearms at his parents’ house, but when they wouldn’t fit in his father’s safe, the supervising officer decided to arrest him instead.

During the trial it seemed obvious that Aitken fit the exemptions of the law for moving between residences. However, the judge withheld the law from the jury. The jury returned from deliberation three times specifically requesting to be read the exemptions of the law. (One can only assume that this was so they could find Brian not guilty). The judge and the prosecutor made it clear that they had no intention of allowing Brian to walk. He got a seven-year sentence from Judge James Morley.

Footnote: Six days after sentencing Aitken, NJ Gov. Chris Christie decided not to reappoint Judge Morley because of his misconduct in two other cases, in which Judge Morley sympathized with an off-duty police officer who molested farm animals.

And an unrelated note: I omitted Contributing Editor Robert Sadowski from the list of writers who supply words and pictures for the annual Guns of the Year feature, which appeared in the December 2010 issue. I regret the oversight.

To follow the day-by-day progress of tests or to be the first to hear about our gun-inventory sales, please “Like” the Gun Tests Magazine page. To read up-to-date information on new firearms and accessory introductions, gun legislation, and the latest political efforts to restrict our 2nd Amendment freedoms, log on to the GunReports.com website, or “Like” the GunReports.com Facebook page.