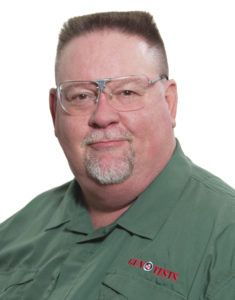 On December 19, 2019, BATFE issued an “Open Letter regarding the Franklin Armory Reformation Firearm.” It will bake your noodle:

The Bureau of Alcohol, Tobacco, Firearms and Explosives (ATF) has received questions from industry members and the general public regarding a new type of firearm produced by the Franklin Armory. This firearm, known as the “Reformation”, utilizes a barrel that is produced with straight lands and grooves. This design contrasts with conventional rifling, in which the barrel’s lands and grooves are spiral or twisted, and are designed to impart a spin onto the projectile.

18 U.S.C. 922(a)(4) requires that an individual wishing to transport an SBS in interstate or foreign commerce obtain approval by the Attorney General to transport the firearm.

18 U.S.C. 922(b)(4) requires authorization from the Attorney General consistent with public safety and necessity prior to the sale or delivery of an SBS to an individual by an FFL.

The Attorney General has delegated the authority for approval of requests pursuant to these sections to ATF.

The Franklin Armory Reformation is the first firearm produced and sold by an FFL that ATF has classified as a GCA/SBS. Because GCA/SBS firearms have not previously been available in the marketplace, existing federal firearm regulations do not provide a mechanism to process or approve requests from FFLs for approval to transfer a GCA/SBS to a non-licensee pursuant to section 922 (b)(4) or requests from non-licensees to transport a GCA/SBS pursuant to section 922(a)(4).

ATF is currently developing the procedures and forms to address this new type of firearm. Once promulgated, these new procedures and forms will provide the mechanism necessary for FFL holders and owners of GCA/SBS firearms to request the statutorily required approvals. Until such time, you should be aware of the following:

No mechanism currently exists for an unlicensed individual who possesses a GCA/SBS, such as the Reformation, to submit a request and receive approval to transport the GCA/SBS across state lines. Therefore, until ATF is able to promulgate a procedure for processing and approving such requests, the possessor or owner of a GCA/SBS, such as the Reformation, may not lawfully transport the firearm across state lines.

Any questions pertaining to this Open Letter may be sent to the Firearms Industry Programs Branch at FIPB@atf.gov or (202) 648-7190.

What does this mean for shooters? Until this gets sorted out, I think it would be unwise to commit treasure to the purchase of the Franklin Armory Reformation firearm. But I do give Franklin Armory huge credit for creating what seems to be a whole new class of firearms.