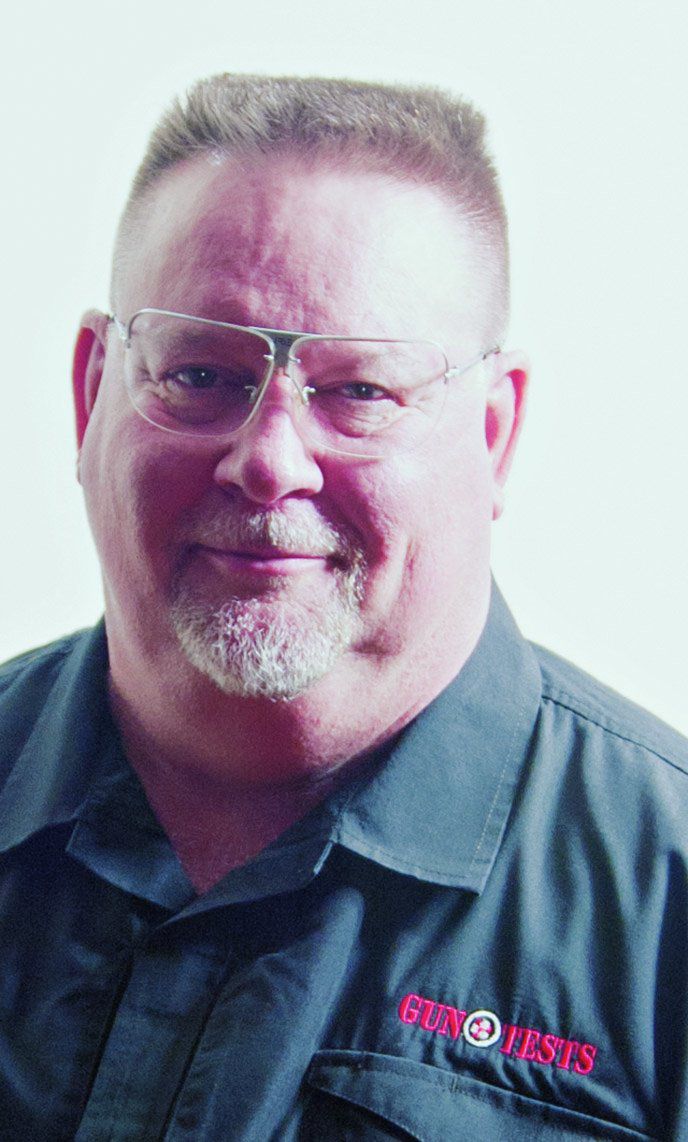 I admit I was miffed when the Transportation Security Administration (TSA) opened a computer case I checked as baggage to Las Vegas for the SHOT Show back in January. The case and contents were a load — a 38-pound Pelican 1730 transport case with a 27-inch iMac in it. I prefer to use a desktop machine to update the Gun Tests Facebook page, YouTube page, website, and new-product files when I’m at SHOT for a week. I’ve done the jobs with a laptop before, and I admit, it’s much easier to carry-on a smaller machine. But once it’s set up, the full-size iMac is heaven while we’re processing words, photos, and movies for our various media in a hurry. In previous years, I had shipped my back-up iMac 27 in its original box a few days prior, so I hadn’t had to wrestle what I lovingly refer to as the Pig Box through airport check in. I call it that because the Pelican is big enough (37.5 x 27.1 x 14.4 inches) to hold a whole pig. Oh yes, extra weight and size charges apply.

At the bag carousel in McCarran, I didn’t notice the lock I’d had on the Pelican had been removed. But once I opened the Pig Box in the hotel room, I saw the cut lock, the TSA tape, and TSA statements that showed both the exterior case and the iMac shipping box inside the Pelican had been opened. To my eyes, the iMac was clearly an iMac and nothing else, but to an X-ray machine, who knows? It looked like the iMac had been unloaded and booted up at Hobby in Houston. Then, on the return trip from LV into Hobby, both the Pig and the iMac shipping box were opened, but the dirty underwear and socks I used to help cushion the machine, keyboard, and mouse in the shipping box looked undisturbed. So I moved on.

Later, I lost any lingering irritation about the searches when I saw TSA’s 2014 security report summary. TSA had a busy year in 2014, screening more than 653 million passengers in 2014 (about 1.8 million per day). According to the agency, 2,212 firearms were discovered in carry-on bags at checkpoints across the country, averaging more than six firearms per day. There was a 22-percent increase in firearm discoveries from 2013’s total of 1,813. Of those, 1,835 (83 percent) were loaded. Among the guns seized in Texas were a Kel-Tec Sub-2000 with two loaded magazines discovered in a carry-on bag at DFW. An AR-pattern rifle with three loaded magazines was discovered at the Dallas Love Field checkpoint. A loaded 380 ACP firearm was discovered in the rear pocket of a San Antonio International Airport (SAT) passenger during advanced-imaging-technology screening.

Looking back on it, I’m not surprised the Pig Box attracted some attention at the airports. In fact, I’m completely okay with that now.