Freedom Arms is about to bring out a five-shot .45 Long Colt revolver based on their very successful small-frame gun, first chambered as a six-shooter for the .357 Magnum. We understand Freedom is considering chambering the .475 Linebaugh in their full-size guns, now that Buffalo Bore Ammunition offers both loaded ammunition and components for both the .475 and .500 Linebaugh cartridges. If you want a Freedom in .475 Linebaugh, call ‘em at 307-883-2468 and let ‘em know.

Buffalo Bore Ammunition also offers some very interesting loads in .45 Long Colt and .44 Magnum, in addition to their Linebaugh ammunition. Both labeled “HVY,” and featuring either cast or jacketed bullets, these are hot-loaded rounds intended for Ruger revolvers, Colt Anacondas, Thompson/Center single-shots, and Winchester and Marlin lever-action rifles. The .45 Colt HVY features either a 325-grain LBT flat-nose or a 300-grain Speer PSP bullet at 1,325 fps. In .44 Magnum, bullet weight is either 305-grain cast LBT at 1,325 fps, or 300-grain Speer PSP at 1,300 fps. This is rompin’, stompin’ ammunition. Give Buffalo Bore a call at 208-756-8085.

I’ve been shooting an early edition of the new Colt Concealed Carry Officer’s Model .45 ACP, and what a fine handgun it is. This is now my personal first choice for a carry gun. I sent it to The Robar Companies and they did a first-class job of giving it a fine trigger pull, rust-proofing the innards, and putting tritium sights on it. I chose a sight setup that consists of two orange rear and one green front insert. This gives as fine a sight picture in the dark as anyone could want.

Another couple of new guns I’ve seen come from Smith & Wesson. The first is the Model 610 in 10mm Auto. This N-frame gun requires full-moon clips, and three come with the gun. I had a very hard time loading the clips, and I could not get the fired rounds out of the clips without a special tool. However, the gun is well made, has an unfluted cylinder and a full-length underlug on the barrel. The weight makes recoil very light. If you are a pin-gun competitor, the high pressure of this round could help your compensator work. Combine that with the potential for a fast reload and that might be the best use for such a gun.

The second Smith & Wesson is the latest Mountain Gun in .357 Magnum. This is as fine a .357 as I’ve seen, the first handgun in that caliber for which I’ve ordered a holster in over 20 years. It is, however, a Stocking Dealer Special, meaning they won’t make many and they won’t last long. I feel this ought to be standard production for Smith & Wesson. Police Officers would like the seven-shot capacity and the ease of carrying it. Some of us think that Smith & Wesson has the marketing of these two guns backwards.

We’ll test some of these new handguns soon.

Redfield Closing
Redfield, Inc., the Colorado-based optics marketer and accessories manufacturer that had been for sale for several months, expects to be out of business later this summer.

Redfield reportedly had investors lined up to take over the company, but the deal fell through when it was discovered that the firm has major environmental problems at its facility.

An official, who described Redfield as “basically bankrupt,” said bank creditors had taken control of the operation. The firm is presently winding down operations, a process that is expected to take about nine weeks. 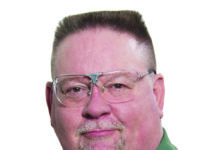