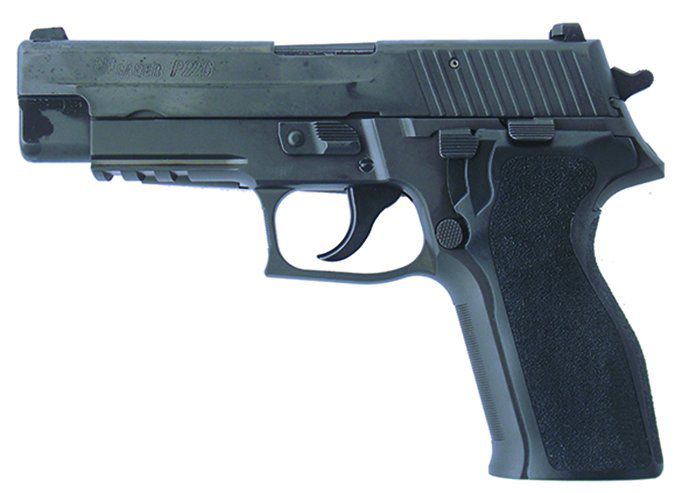 Just got my December issue, and the first thing I noticed was the Guns of the Year choice of the SIG Sauer P226R as the “Best in Class Pistol.” Had to snicker. I got mine at Bud’s Gun Shop in Lexington, Kentucky. And it was as good as yours. When I first looked at it, I did the field strip, and it looked brand new. I am not an expert on SIGs, but I carried a 226 in 9mm for many years. I was just happy to hear the same story on the Certified Pre-Owned model. The bit of a snicker I had was because I only gave $636 for mine, whereas you paid $725. I also bought a 357 SIG barrel for it, and I am happy to say it handles the 357 SIG as well as the 40 S&W you tested. Thanks for the great article.

There was some debate about choosing a reconditioned pistol as a Guns of the Year Best in Class winner. But we simply couldn’t look past the great performance and value. — Todd Woodard

Just finished your article on the Benelli Nova Tactical and Mossberg 930 (both of which I considered before buying the Super Nova Tactical). No surprises there. Love shooting both, but opted for the Super Nova due to the stock configuration, excellent sights, and the speed at which you can clear a misfire (if you ever got one). I try hard not to pinch pennies on defensive firearms, or I would have bought used. Hornady buckshot patterns well from my Benelli (the recoil is mild too), and so far all the smoothbore slugs I have tried have grouped well. Any thought of doing a tactical slug shootout with some Foster slugs? I think a #4 Buckshot load followed by a few 00 Hornadys and two slugs will remain my loading until someone proves the merit of a different arrangement.

We would be hard-pressed to disagree with your logic. Work up the load ladder until the threat is stopped. Seems like sound thinking to our shooters. Perhaps the readership would like to contribute some other options? — tw

I am just wondering if you folks have ever done your own testing on the Beretta M9, which is the gun our troops currently use. If not, please consider such a thing in the future.

We have tested the Beretta 92 FS and its variants, yes. But not the original service-model M9. However, in the November 2016 issue, Contributing Editor David Tannahill did a thorough job of testing the M9A3 variant, which is being proposed as the replacement for the M9. We said of the M9A3, “While the test team was divided on the usability of this pistol, the Beretta worked well for shooters with larger hands. The Beretta performed best in the speed drills. However, the average accuracy and incompatibility with smaller hands resulted in an overall ‘B’ grade. Buy the Beretta if it fits you and you want an upgraded example of the standard U.S. military sidearm to add to your collection. Otherwise, we would recommend buying a different gun in this test.”

Thanks for all the great info over the years. How about a gun test comparing the same brand, same/similar model rifle in different calibers. For example, Savage Stealth 10BA/110BA in 308 Winchester, 6.5 Creedmoor, 300 Winchester Magnum, and 338 Lapua Magnum. Maybe three different brands of ammo in all four calibers at 100 yards to zero in and see which brand of ammo performs the best. Then, the best-performing brand of ammo in all four cartridges further out, say to 500 yards. It would be interesting to see how the different cartridges perform against each other in a level-platform scenario. Thanks.

Interesting idea. I would probably find a Grade: A rifle in one of our Value Guides and see how many chamberings exhibit the same characteristics as our test gun. I will run it up the flagpole among the staff writers and see who salutes. Also, we’ve been looking at a comparison of chassis rifles, and the Stealth looks very sexy. Thanks for the tip. — tw

How about a comparison of a Beretta Pico and the new Ruger II.

Hmm. Like your pocket guns, eh? Heckuva idea. On it. — tw

What do I need to do to get another issue of the December Gun Tests magazine? The post office delivered it in shreds. Thanks for creating such a great publication. — Charles

Hey Charles: I’ve asked customer service to get you another copy as soon as possible. Readers, if this happens to you, you can get replacement issues by contacting customer service. The email contact information and telephone number are listed right here. — tw

Mentioning the ease or the difficulty of loading a magazine and racking the slide can help steer Gun Tests readers with weak hands toward guns they can comfortably handle well.

For example, a revolver would serve many readers better than a semi-auto because cartridges just fall into the chambers to load a wheelgun. What’s the advantage of choosing a semi-automatic pistol for self-defense over a revolver if the owner cannot fully load a magazine or two for the semi? I’ve read Gun Tests Magazine since the early 1990s. I’m a GT lifer, until I leave this world. Keep up the great work, folks.— Steve

Hey Steve: Thanks for the longtime support. When a firearms magazine presents a difficult loading problem, or when we can not load a magazine to its purported maximum capacity, or when there are issues with getting it into a firearm or out, or if there’s a problem with the speed at which loading and unloading may be done, we do usually mention that.

Also, when our testers find that tools are supplied to make the task of loading a certain magazine easier, we usually give that gun credit for providing the loading tool. — tw

In your November 2016 issue, a subscriber named Dan inquired regarding the measurement of slide-racking force required for semi-automatic pistols. Although your answer seemed logical, I doubt if many gun shops would appreciate this test you described, using a C-clamp and a fish-weighing scale, while gun shopping. Though your pistol comparisons are very informative, slide-racking force, if included, would be appreciated by many who have issues with the effort required. Thank you. The purpose of my inquiry is to try and incorporate slide-racking force in your gun reviews. — Steve

Sorry, I didn’t mean to imply that consumers could take a C-clamp and scales to stores. I was just describing a way Dan could measure it. I agree that most shops would frown on that. Actually, they probably wouldn’t allow it. But if they set up their own jig in the shop so they could measure slide-racking effort on several guns side by side, I bet that would be a sales winner for the person looking for low slide-racking effort. Of course, if the customer can’t rack the slide of a handgun manually at the counter, then that should be a disqualifier, assuming the customer knows the proper technique.

I can’t recall if I’ve mentioned this before, but Kel-Tec’s PMR-30 22 Magnum pistol has one of the lowest slide-racking efforts I’ve found. And, yes, I’m working on an inexpensive way to supply all the test teams with a simple-to-use gadget to measure this and add it to our basic test process and specifications. — tw

What’s the Word on Bond Arms?

Have you evaluated the Bond Arms handgun line? I am wondering about the effectiveness of a .410-bore shotshell in one of these weapons in terms of self defense? I’m a loyal subscriber and big fan of your publication.— Tom

Hey Tom: You can always find our past reviews in the online archives, access to which is free with your subscription. See below for details. In the July 2002 issue, we tested one shotshell derringer by Bond Arms, the Cowboy Defender, which came in a 45 Colt/.410 bore chambering. Winchester Super X .410s loaded with 000 buckshot created 217 foot-pounds of energy, and a Rexio .410 shotshell 00 buckshot load produced 126 foot-pounds of energy. — tw 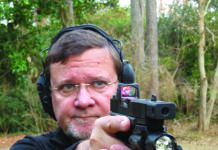 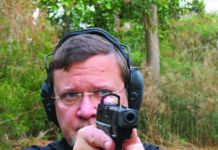 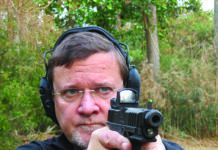