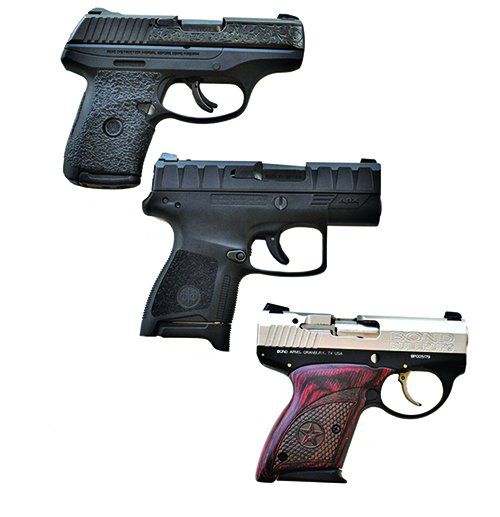 Honored Sir: I will be 67 next month. My great-uncle John taught me the basics of shooting when I was 8 years old, starting me out on a Daisy BB pump gun. I soon graduated to a 22 bolt action under his wise tutelage, and later, when in my teens and able to handle strong weapons, his Remington 30-06. I have been involved in firearms and shooting ever since. I bought my first handgun in my early 20s and have bought, sold, traded, and inherited firearms ever since. While I appreciate the Gun Tests mission and dedication to freedom, I don’t really see myself as an active gun consumer anymore, so, theoretically at least, I would not need your services.

I took your fine periodical by subscription for a number of years. Then, a few years back, I quit subscribing to the many gun periodicals cluttering my home. I didn’t really miss them, as they had developed a sameness, and I was becoming somewhat alienated by the trend in modern firearms development and the costs associated with it.

A GT teaser letter came late last year from you, and I realized immediately the one thing I had given up that I sorely still needed: your editorials. I took a 10-month trial run. Today, I returned my subscription card and payment, re-enlisting for the next 20 issues in the Gun Tests fold SOLELY to be able to have access to your editorial, which I consider to be essential in the current political environment. Though I am armed enough, your awareness and sage commentary are all I need to justify participation in the GT enterprise. How does it feel to be a difference-maker? Pretty good, right?

And I also like the slick-paper format, which is a nice upgrade to the periodical. Many thanks and best always.— PM

Thank you. I wish I could say the gun debates had died down while you were gone, but it’s just the opposite. The growing incidence of no-due-process gun confiscations (aka “red flag” seizures) are the most worrisome trend these days, in my opinion. — Todd Woodard

Nice article on the slimline 9s. As to the 9-round magazines, after using them at capacity a dozen times or so, loading becomes tolerable. And they are reliable with my carry load (Federal Micro HST 150-grain JHP) as well as other suitable loads like the Hornady Critical Defense, Speer Gold Dot for Short Barrels, and W-W PDX.

Also, I did not see any mention of the LC9s’ magazine safety. While some people might say this feature eliminates it from consideration for EDC, on the contrary, it makes it much more suitable for many of us. If you must leave your EDC in the car, removing the magazine and taking it with you disables the pistol. For those with children and/or grandchildren in the house, again the pistol is disabled by removing the magazine and keeping it with you. It takes less than a second to restore the pistol’s functionality by inserting a magazine. In general the magazine safety (or, more properly, “magazine disconnect”) is not given the serious consideration it should by most people. To those who say they must be able to fire it without a magazine, you must wonder how they envision getting into such a desperate situation. Always carry a spare magazine or two, especially when they are skinny. — Russ

First, please carefully think kind thoughts about your devout Second Amendment folks who, like us upstate NYers, are held captive by massive anti-American urban populations. Second, in helping us cope with this intensely unfair power distribution system (how I wish NYS had an electoral college set-up), Troy Industries manufactures a slide-action AR-type rifle in a couple configurations. Are you folks familiar with that item? Have I missed one of your fine evaluations? (Heaven forbid). And, finally, if you haven’t reviewed the firearm to which I have alluded, are you planning to do so? Also, thanks for looking over the 10mm semi-auto handguns.— James

Hey James: Good news and bad news. The bad news you already know: New York isn’t going to repeal any of its onerous gun laws anytime soon. But maybe SCOTUS will. The good news is, we reviewed the Troy Industries Pump Action Hunting Rifle in 243 Winchester, giving it a B grade and called it “A modern take on an old design, this gun was actually a lot of fun. Most accurate with the rounds topped with lighter bullets, the Hunter proved more portable than other AR-10 frames.” Further, “Our Team Said: Using the Troy pump-action rifle required a different shooting mindset. The biggest advantage was portability. The Troy was compact, making getting in and out of tree stands easy. Unlike most AR-10s, we enjoyed carrying the Troy over the shoulder, and we even found that Galco’s Safari Ching Sling with elbow support fed nicely into the slide-action protocol. Magazine capacity could be as much as 20+1, depending on where you live. The Troy Pump Action Hunting Rifle may be just the truck or ATV gun for chance meetings with pests such as coyotes and pigs.” — tw

Hi, Todd. The September 2019 issue got me thinking about QC at Smith & Wesson. I noticed you had problems with both of the 40s from S&W. I bought quite a few S&W revolvers without any problems until recently. Rewind: Back around 2006 or so, I ordered a Walther PPK made by S&W, and from day one, the very first pull of the trigger “clicked” on double action. Thumb the hammer back, pull the trigger, “bang,” no problem. But on double action, it was a 50-50 chance it would go “click” instead of “bang.” I later sold that pistol because I had bought it for concealed carry.

Fast forward to this past May. I had the local gun store order a 6-inch Model 48 22 WMR. A 48-7 DJS2962 to be exact, and right out of the plastic case, the barrel was stamped “.22 LONG RIFLE CTG.” but I figured, “Hey! It’s one of a kind, mislabeled from factory and is now worth more than I paid.” Then I took it for a test drive and about the third shot, the cylinder wouldn’t rotate. What the heck?

Shot beautifully. Nice accurate handgun. Nice single-action trigger, but it would bind up after a couple of shots. I figured out that the recesses for the cartridge heads weren’t milled deep enough in the cylinder to allow for the slight swelling of the fired cartridge cases. Back to the store and back to S&W.

Finally, the revolver is returned. A new barrel. I had brought some empties that were fired in the gun originally, inserted them into the cylinder while I was still in the store, and surer than poop, the cylinder would bind up, would not rotate to next chamber. Back to Smith again.

I finally got the revolver back. It seems to have a new cylinder. It’s a beautiful gun, but it should have never left the factory with wrong barrel and should have been test-fired with at least a cylinder full of live ammo to make sure it functioned properly.— Charlie

Hard to argue those points, Charlie. But to Smith’s credit, they did keep trying to make it right. — tw

Re “A Look at Left-Hand Holsters: Picks for Southpaw Shooters,” September 2019

I’m glade to see you reporting on holsters. My three favorites are not among the tested in the February or September issues. Here in Arizona, if you see someone wearing a tucked-in polo under an untucked and unbuttoned shirt, you can be sure he is packing IWB. Why else would you wear two shirts in this heat? So I use pocket carry, which works for both right- or left-handed people. During the week, I use a Uncle Mike’s Sidekick, which is not much more than a pouch that covers the trigger and protects the gun. However, it is easy to slip out of my pocket and into the car’s locked center console before going into my workplace.

During the weekend, I use a Tuff Pocket-Roo, which I love. It looks similar to the Swap Rig Cargo Pack, a holster with an extension to fill the pocket and keep my 357 stubby in one place and vertical. The extension has a place for a 5-round speed strip. The stickiness and extension keeps it from coming out with the gun. After a couple of years, it is still as good as new. There are versions for semi-autos with a extra magazine.

The best rig I have found is the Original Thunderwear Concealed Holster (Thunderwear.com). It has a elastic strap around your waist with a denim pouch in front. All this is under your pants. Mine has a split pouch with a 357 snubby on the right and a speedloader on the left. Not even my wife knows I am packing! I have worn this to weddings an other events without issue. Very comfortable! I hope you can review these. — Bill

Thank you for the insights on these holsters, Bill. — tw

Hi, I have a Mossberg M590A1 that has an intermittent problem. After anywhere from a few to quite a few shells, the fired casing sticks in the chamber, and requires enormous effort to work the slide. This has happened with various makes of ammunition, even including Aguila Mini-shells. How to fix this? — Chuck

Take the barrel off and polish the chamber with a Dremel tool and a buffing wheel. No abrasive wheels. Repeat as needed. — tw