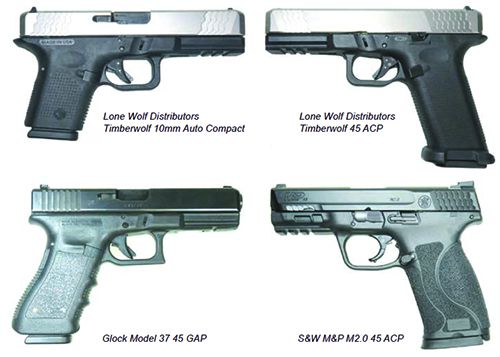 I am disappointed with your decision to downgrade the Glock G37 in your most recent handgun-comparison test. By your own published standards, the availability of ammunition is not a criterion for assigning a grade to a gun. Even cost is listed as being excluded from consideration, with function, accuracy, and ease of use being the main standards for assessing a gun’s merit. And while a lack of available ammunition could conceivably be included under “ease of use,” I feel that is disingenuous.

If a new pistol were released that is comfortable, reliable, and accurate, I don’t care if it’s chambered in 8mm Lebel — mention the lack of available ammo by all means, but don’t penalize the gun for the ammunition it fires.

One of the reasons your publication is held in high regard is the objectivity you display in your assessments. Applying the standards fairly across the board is what allows the reader to judge whether or not a given firearm is appropriate for their needs. By suddenly using ammunition availability as a criterion for grading, you diminish the value of your reviews.

I enjoy your publication, and find it to be one of the very few places to find honest appraisals of firearms I might consider purchasing; please do not lessen the value of your product by bringing in things like ammunition availability to rate the firearm itself. — Steven

Steven: Thank you for your email. It was a hard call on the G37 because it is obviously an excellent pistol. I hope that came through in the writing. My dealer doesn’t stock 45 GAP and ordering online for the GAP is more difficult than for 10mm Auto or 45 Auto cartridges, so it’s a factor shooters need to consider. But I understand why you disagree with the availability being included in the grade.

I just got this issue and went right to the “Ammo Comparison” article regarding the short home-defense shotgun shells. I observed you didn’t use a device I found that all but guarantees correct feeding of the shorter shells. OPSol, of Texas, makes a Mini-Clip for Mossberg shotguns that’s push in-pry out and ensures feeding. I put one in my Shockwave, also a full-size Mossberg M500 with extended mag tube. The Aguilas have worked 100% for me. I contacted the company, got a couple more remodeled ones, and gave one to a friend who teaches police tactics to try out. He also reported later that he was 100% reliable with that little device. You might want to look into them, under $20. — Mark 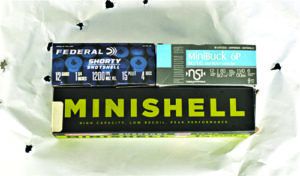 Hey Mark: Yes, we’ve talked about the OPSol and covered it extensively in reviews of shotguns, especially Shockwave-style shotshell firearms (What a mouthful). We wanted to look at just the shotshells themselves to alert self-defense shotgunners about the problems these shorties can cause. — Todd Woodard

Just received and read the article on page 28 of the August issue, and while you talk about the Remington V3 Tac-13, nothing was said in the article about whether it was tested or how it functioned. The reason I asked is because I have a Tac-13. Also, while the Tac-13 only has a 13-inch barrel, the magazine holds five rounds of 2.75-inch shells. — Carl 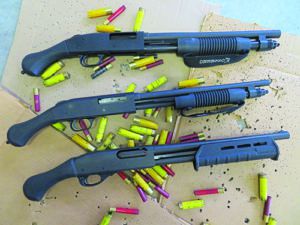 Hey Carl: You’re right, we didn’t test a V3 Tac-13 this round. We just mentioned that “Shotshell-capable firearms that created the need for mini-shells are items such as Remington’s 12-gauge V3 Tac-13 Autoloader 83392 and Mossberg’s 590 Shockwave SPX 50648 pumpgun. The shortened barrels and magazine tubes put a higher value on having more shots, and controllability is improved with the lighter minishell payloads.” Our test guns for the shotshell-function evaluation were a Remington 870 and Advantage Tactical stock with the original four-shot magazine. After initial testing we also attempted to use the shells in a Winchester SXP and a Mossberg 590A, with the same results. We also ran some shells through a Benelli Super 90. Our idea was to illuminate problems the shorter shells caused in standard shotguns, of which there are millions out there, and the notion of gaining round count or lessening recoil would be tempting for gunowners to consider. Our last evaluation of shotshell-firing firearms was in the March 2019 issue, with a Remington Model 870 Tac-14 Model 81145 20 Gauge fired with standard-length shells. No issues with the full-size rounds. — tw

What a surprise to read the results of your ammo tests with short shells in the August 2020 issue. With the adapter in the loading port, I have fired hundreds of rounds through my Shockwave 590 without a single failure to feed with Aguila shotshells. At the range, I use slugs rather than buckshot, but I figure the gun doesn’t know the difference. I’m fully satisfied with these rounds as a defensive load. — Stan

Why is it that we gun-owning people are not demanding, and perhaps suing, to force our elected officials to defend, not try to tear down, the Constitution of the United States? Playing a defensive game is a losing battle; we need to go on the offense and demand that our elected officials either support the Constitution or remove them from office. To me it sounds like it would be easier to demand their accountability than to always be on the defensive.

As a naturalized American citizen, previously of Cuba, I’m very proud to be a U.S. citizen, and I get tired of people thinking that their views on any particular subject are more important than mine simply because they happen to be in a majority, or at least sounding like a majority, since most of the media is in support of restricting law-abiding citizens’ rights. — Julio

It is a vexing problem. Folks say we have to amend the Constitution, which is a very difficult process, in order to get our rights sustained. But the Supremes, and the lesser courts, effectively amend the Constitution nearly every day by “interpreting” it. Wrongly, much of the time. Sadly, it is next to impossible for elected officials or appointed officials to be sued successfully for their lack of adherence to their oaths. I would imagine most officials just guffaw at the very notion. As a naturalized American citizen formerly of Cuba, you have an important view of things that many long-time citizens should heed. — tw

Hello GT Editors. I have heard that after testing, you sell the firearms. If this is true, I would be interested in the Taurus 1911 Commander in 9mm, tested in the May 2020 edition. If the above is not true, please disregard this request, I received faulty information. Thank you. — Dale

Hey Dale: Once upon a time we did list our test guns for sale on GunBroker.com, or sold them locally near where a given test is conducted. The truth is, we haven’t had any to list in several years, and I don’t expect to resume test-gun sales. — tw

Hi Todd, I need your help, please. My good friend has an old 12-gauge pump shotgun. Not “old as in ancient.” Probably made in the 1950s, here in the USA. He has it only for self defense in his home. It takes 2¾-inch ammo. My question: Is his shotgun safe to use with 2¾-inch magnum 00 buck ammo? Or, to be safe, should he try to find non-magnum 2¾ inch 00 buck (if it is even still sold)? I don’t know if this question has ever come up to you before. But I know you will know! Thanks in advance, Todd. Gun Tests is the best! I’ve been a subscriber for years, and I eagerly read every issue. I especially enjoy and appreciate your editorials. — Phil 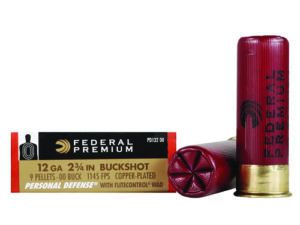 Phil, you are indeed a man of thoughtfulness and culture. Your parents must be praised for the quality of your upbringing. I wouldn’t want to shoot 2¾-inch magnum 00 buck ammo in an older gun before I had a quality gunsmith inspect it. It’s better to be sure. Moreover, there are many more 2¾-inch 00 buck standard loads that will do the job for self defense. So why take the risk on the higher magnum pressures? I checked MidwayUSA.com and found several loads that fit the bill. He might also find that reduced-recoil loads, such as those made by Hornady and Federal, are qualified for the job of self defense but don’t dish out as much punishment. The image below, courtesy of MidwayUSA.com, is a Federal Premium Personal Defense 2¾-inch Reduced Recoil load (#1002097846) that would likely be fine in the gun. I’d still have the older shotgun checked out before I shot it. — tw

Plans for a Colt Python Review?

Hi Gun Tests. Just curious as to whether (and when?) you might be reviewing the new Colt Python revolvers? Thanks, and thanks for your outstanding publication. — George

Hey George: Both barrel lengths are currently being tested. However, I can’t commit to a delivery date until I have the article and images in my hands.

Bob, your article several months ago and follow-ups on shoulder holsters are the best on the subject that I have ever read. I did a lot of research after reading your article. I am 74 years old and 5 feet 7 inches tall. I found drawing a full-size 1911 from a “vertical” shoulder holster to be a challenge. Stoner Holsters of Middletown, Ohio, (513) 424-3800, makes a vertical shoulder holster that has a breakaway snap that allows you to draw the pistol at about a 30-degree angle, as opposed to a 90-degree draw [photo above]. I have the shoulder-holster rig plus holsters for a S&W Performance Center 1911 9mm, a Kimber 1911 45 ACP, and an S&W Performance Center 380 EZ. Plus, I have separate double mag pouches, for all three pistols. Please, check Stoner’s out. Contact: Andrea Stoner. — Dr. Donald 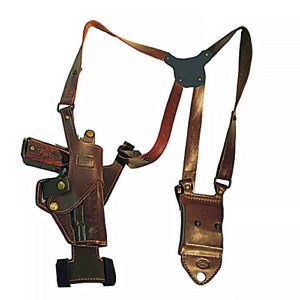 I really enjoy the more extensive reviews, such as “Pricier 1911 Handguns” in the July edition. It that test, the Springfield Armory Loaded Operator had an arched mainspring housing, a feature far less common today than in years past when Colt introduced it on the 1911A1 to provide better grip purchase. Could you tell any difference in the feel of the 1911 grip with or without the arch? Why has the arch fallen out of favor? — Larry

Fashions in firearms come and go. Some folks feel the arched housing and like it. That’s it. — tw