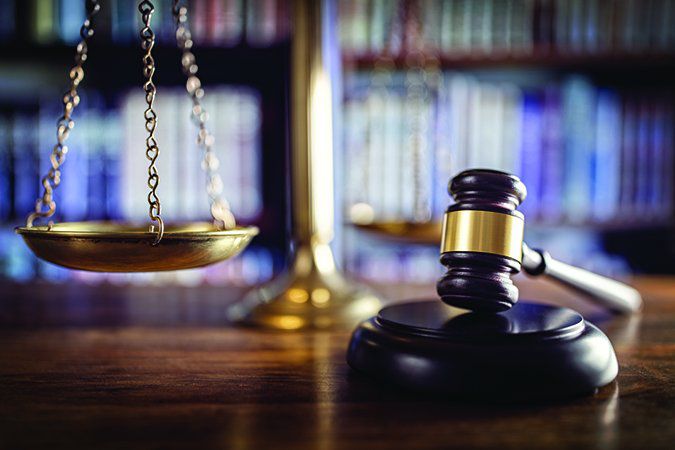 Mr. Woodard: Thank you for the surprising but timely article on self-defense insurance. As a former insurance professional, I was aware of the “hidden” differences in insurance policies of all kinds, but I was unaware of many of the differences in types of self-defense insurance for gun-toters like myself — particularly regarding bail bonds. What a great and timely article for your readers who believe in concealed carry/home defense! I am sharing the article with others whom I know are interested in but are wary of insurance protection, and I’m sure it will result in new subscribers for Gun Tests. The article had invaluable information regarding all aspects of “self-protection” from dangerous perpetrators, including prosecuting attorneys and overzealous police investigators. The article covered all the areas that I had questions about, plus others that I hadn’t considered.

When I moved to Colorado, I enrolled in a state concealed-carry class when my Arkansas carry license expired. I was very surprised when the instructor often repeated the phrase, “$100,000.” When a member of the class finally asked the reason for the phrase, we were advised that was the cost to defend ourselves when we had to defend ourselves using a gun. At the time, I lived in the Aurora/Denver area which, like Illinois, uses the majority of the state’s population to set the rules for the rest of the state. Obviously, these adjacent/sister cities are like Chicago, extremely liberal. We were advised that the (liberal) prosecutors determine the need for self-defense — not the police — and overwhelmingly prosecute the homeowner/gun owner, regardless of the outcome. So, the need for self-defense insurance is almost a required purchase for those of your Colorado readers who choose to protect themselves.

Thanks again for considering such a topic for your readers. There’s much more to owning a gun than pulling a trigger. Love the magazine, which was a gift. Please keep up the good work!

Gentlemen of Gun Tests, I very much appreciated your article on self-defense insurance. I’d bet a week’s pay that less than 50% of gun owners in America have such insurance. Yes, your publication is called “Gun Tests,” but I subscribe because I’m interested in your not-swayed-by-commercial-considerations opinions about all things related to gun selection, ownership, and use. Maybe other readers don’t see any value in your articles on other non-gun subjects (like holsters, powder dispensers, optics, etc.), but I don’t have time to look into all these things. Keep up the great work!

Dear Sirs: Thank you very much for this excellent and timely article. I learned a lot from it. It will stay in my files. As a follow-up, may I suggest doing a companion piece, in a tabular format, that shows a number of the more common insurance plans (e.g., NRA, Second Call Defense, etc.), and compares their features (as described in the subject article) and costs. I think this would be very helpful, and it would complement the material in Mr. Cooper’s article. Thank you for your consideration.

As an LTC instructor, I find your magazine invaluable! I quote from it often and share many of your excellent articles with students. Well done and kudos to all. Duane complained about your including an article about buying self-defense insurance. You often have many articles deviating solely from “gun tests,” which I find refreshing and usually very informative. The issue of self-defense insurance is one which I pound into my student classes and endorse. About half buy the Texas Law Shield insurance, which we support.

If an LTC shooter does not have self-defense insurance, he is a financial disaster waiting to happen. We’ve had students who have had to mortgage their homes to pay for legal representation. After a legal shooting is no time to shop for a lawyer. We all have car, home, and health insurance. Self-defense insurance is an affordable natural extension of minimizing our risks. Keep up the great work!

In my opinion, the Ruger American bolt guns have a serious problem that develops over time. Gun Tests has given the rifle good reviews, and I like the accuracy, weight, handling, and cost of my 243 Win. and 308 Win. However, the plastic rotary magazines develop defects that are only revealed over time.

If you use the rifle once a year, you might never know. But if you use the rifle week over week over week, loading the magazine, carrying the rifle long distances, unloading and doing it all again, the magazine will literally fall apart, based on my personal experience. Not just fail to feed, which is the first step as they decline, but actually fall apart. The weight of the ammunition being jostled in the magazine as you walk causes the thing to disintegrate, I believe.

Ruger has replaced two at no cost, which is good, I guess. I’m starting to feel guilty asking for replacements, but the product is plastic and snapped together. You can’t reasonably take them apart or fix them (I’ve tried). What Ruger should do is strengthen the magazine and start selling them for $10. It is ridiculous to pay $350 for a rifle and then be expected to pay $35 (typical price for an extra magazine) for a magazine that will only take a few months of hard use. The price is different, but I’ve never had a problem with the magazines in Tikka bolt guns, despite years of hard use.

Not sure if you should do a follow-up test and article to comment on how parts hold up over time, or if this letter might help someone considering a bolt gun.

I look forward to each of your issues. I just wish each issue was larger and had more pages of info. I just read your review of programmable automatic powder dispensers and found the information you presented to almost concur with what I’ve read about the reviewed dispensers in the customer-review section of the Brownells website about two months ago. I don’t remember the exact models of the powder dispenser reviews I read on the website, but I do remember the conclusions. Hornady and Lyman didn’t get praise, and the RCBS was the only one worthy of consideration, though it didn’t receive quite the praise you give it. I was looking to purchase one because both the powder dispensers I have, a Lyman #55 powder measure (which won’t metered extruded powders uniformly) and a Lee dispenser (which won’t fit and operate on my Lyman T-Mag II press) aren’t cutting it. After reading the reviews on the automatic dispensers, I decided to wait til something better came out. I’m still waiting.

Also, as I was reading the review, I wondered if you had ever done a review on reloading dies, specifically why all the Lyman dies I own — which I bought before I had access to the internet and realized there was other stuff out there — cost so much less than say, the RCBS dies I now see. So I was wondering, if you haven’t tested them, maybe you should test different manufacturers dies to see how they rate. Most of the Lyman die sets I bought were priced around $50; the RCBS die sets I see usually start at $109, so I’m wondering exactly what I get for the additional $59 per die set? I’m sure there are other die sets you are familiar with that I have never heard of, that you could also test against the Lyman and RCBS dies.

I’ve been trying to get into reloading for the past 10 years, but every time I sit down and try to get started, something doesn’t function as specified, so I have to wait, save money to fix the problem, and when I think I’ve solved all my problems, something new occurs. Frustrating.

I realize I could throw individual charges by hand, and I’ve taken the NRA-approved reloading class twice, but I bought a progressive press, the T-Mag II, and all the accessories to save the time you’re supposed to get using a progressive press. So I really don’t want to single-stage the process. Thank you for your time.

Scott, we haven’t tested dies. I will route the idea to Roger Eckstine for development. — Todd Woodard

I am a subscriber to Gun Tests magazine and am a little disappointed that after checking the archive, I have found no assessment of the 17 Winchester Super Magnum or any rifles chambered in that caliber. I believe this round has been on the market for approximately five years and is a very hot round, despite its being a rimfire that is fairly inexpensive to shoot. Its performance and affordability is very appealing to me, and I believe your other subscribers might feel likewise. Please do what you can to feature this round and any rifles chambered in this caliber. Thank you in advance.

Yours is the first request I can recall for that round. But I will go see what I can dig up. — tw

I’ve been a long-time subscriber. Your articles provide a great combination of technical data plus hands-on personal opinions. I like the summaries you provide in the Value Guides. As a Heritage owner, I appreciated the comparison to the more-modern designs from Charter Arms and S&W. I agree with the limitations of the Heritage sights, although mine shoots to point of aim. It requires a side holster to travel, so it’s not really a kit gun. All that considered, the Heritage can swap cylinders to load 22 Magnums. The heavier frame handles the higher velocities, plus there’s a variety of 22 Magnum ammunition. Besides, it looks cowboy cool.