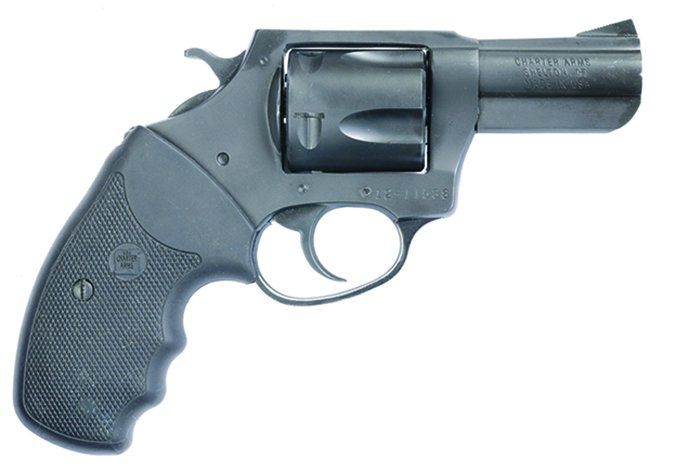 This says the December 2015 issue has a round-up of 17 snubbies, but it doesn’t — probably a misprint. Which issue has this snubbie review?

In the December 2015 issue there is a Value Guide with 17 review summaries in it, along with the issue dates so you can find the original tests. See the image to the right of this page for the Value Guide. — Todd Woodard

Regarding the Taurus settlement and the problems Lou had with his pistol: On August 4, 2015 I sent Taurus my PT-111 Pro and two magazines. Their website was very poor about updating progress of the return, but by 12/16/2015 I did have a new PT-111 G2 with two mags, all new in the box. I had to pay $25 for the FFL transfer fee, but I was reimbursed by 1/15/16. I am actually quite pleased with the new gun. To get reimbursed, I faxed an itemized receipt to Taurus at (305) 624-1126. I hope this helps Lou and perhaps others. The replacement handgun seems to be a very fine product, with no failures in any shooting. Perfect functioning. The mags are very hard to load, though.

I use hard-cast 185-grain bullets at 750 fps for practice in my 2.5-inch 44 Special Bulldog. I carry 200-grain CCI-Speer short-barrel ammo otherwise. Hornady has a Critical Defense 165-grain load as well. I bought the Barami hip grip for concealment, but recoil ruined control with that skinny grip, so I gave it up. I usually just drop the gun in the back pocket of my jeans when I take a walk. Otherwise, it lives in the console of my truck. I like this gun for some reason.

Hey Mike: Thanks for taking advantage of the archives. There is tons of good material in there to review. Of the Charter Arms Bulldog No. 14420 44 Special reviewed in 2012, we graded it as an A- gun and said of it: “We like the Charter a lot. With our heavy handload, it vastly outshines any and all 38 Special or 357 Magnum loads for self-defense use, in our opinion. We don’t recommend shooting heavy loads in this gun all the time, because good practice can be obtained and the gun will surely last longer with lighter target loads. The full load can be reserved for serious carry purposes and will thus do the gun the least long-term damage. With a change of grips and more barrel polishing, this Bulldog will become the backup gun for one of our staff. Much as we liked it, little things nagged at us. There was nothing at all serious, just cosmetic. We found some spots devoid of finish on the recoil shield, and the ejector rod began to unscrew after 20 shots. The slight initial operating roughness would have put a few people off, but we thought it was acceptable. The barrel was not the finest inside, but then, this is not designed as a target pistol. We would have liked a slicker barrel, but that would run the cost up.” — tw

Are the velocity and energy numbers right for the PSA Classic Red using Tula ammo? Is that a misprint? That drop-off from the other ammo and from the other guns is too significant to ignore.

I’m a subscriber searching for a comprehensive list of handgun ammunition that will allow me to compare features (+P, hollow point, synthetic bullets, etc.) and prices of manufacturers. I’m trying to compile it myself, and it’s just overwhelming. Can you help?— Mark

Sorry, I can’t help on the ammo guide. I think a comprehensive ammo guide annual would be a valuable resource, but what you seek doesn’t exist, as far as I’ve been able to determine. Perhaps the readership has some ideas? — tw

For me, it looks like the upcoming election cycle will be a choice between bad and worse. Trump presents an inconsistent track record, but he currently speaks glowingly of our 2nd Amendment. I consider him potentially bad. Clinton has floated along the centerline on some issues… except gun rights. Her proclamation that the Heller decision was wrong, coupled with a professed interest in Australian-style gun control, sends chills down my spine. Obviously, I consider her to be worse.

“Certainly one of the chief guarantees of freedom under any government, no matter how popular and respected, is the right of citizens to keep and bear arms. This not to say that firearms should not be very carefully used and that definite safety rules of precaution should not be taught and enforced. But the right of citizens to bear arms is just one more guarantee against arbitrary government, one more safeguard against a tyranny which now appears remote in America, but which historically has proved to be always possible.” Cite from Hubert Humphrey (May 27, 1911 to January 13, 1978), Democrat 38th Vice President of the Unites States of America (January 20 1965 to January 20, 1969). I look at the current Democrat, Liberal, Socialist, Progressive Communists, and I am ashamed. The Democratic Party has been hijacked. Mr. Trump has a license to carry. That’s all I need to know. I’ll be voting for Mr. Trump.

Todd: Good on you for stepping up to a controversial issue. Most would take my Dad’s advice and avoid politics and religion. We cannot do that this time. Too much to lose. Good on all you folks for staying on topic in the comments section online. Not using vulgarities, no accusatory rage, etc. It’s your right to say most anything you wish. I support the First Amendment as much as the Second. My belief in these principles is the main reason “I stood up” during Vietnam. That was a war the morons in Washington made very difficult to be in. Who wants to die or be maimed when a fool like LBJ will not win, but not walk away from, a civil conflict we had no business being part of in the first place? That idiot spent his time in the White House basement (now the Situation Room) and actually pored over maps, selecting the tiniest of villages and clearings to be bombed. God help and protect us from his like. God Bless our men and women who are volunteering for military service. Everyone agrees they are the best we have ever produced. We owe it to them and ourselves to ensure who we vote for will fight for the constitution — all of it — and hold politicians accountable. We know the limitations Hillary has and will continue to have. Trump is a cipher. Will he keep his promises? God help us if he turns out to be another liar, crook, or incompetent. If he is elected, I truly wish him well. We all should, we all must.

These were a few of the several dozen comments I received regarding Mr. Trump’s gun platform statement. I appreciate all the time readers took to comment on the upcoming presidential race and gun rights. Also, thanks to you all for the civil tone of the discussion. —tw

For the past five years I have platooned a pair of Benelli Legacy 28s during my annual dove shoot in Argentina. Each has digested more than 18,000 shells, and the shotguns have performed flawlessly. Recoil is not an issue, and hitting doubles and triples are common. The only issue I experienced was the loss of the fiber-optic front beads. The barrel heats to such an extent that the fiber-optic insert simply falls out. This year, I’m replacing the various springs as preventive maintenance. As for the cost of the shotguns, it’s rounding error in the context of the cost of the trip and the shells. There is no better shotgun for shooting doves.

Too bad you didn’t test a CZ75 BD or their SP-01; both of which have decockers with the SP-01 having an accessory rail. I have an SP-01 which has a decocker and a single notch rail. I firmly believe that one of these pistols would have fared better than the plain 75 you tested.

There are always physical limits on the numbers of guns we can test in one feature. But we have reviewed the CZ SP-01 Phantom No. 91158 9mm in the March 2009 issue, giving it a B grade. We said, “The CZ was the most accurate of our pistols, and the short double-action first shot simplified the transition to single action. The profile and grip texture of this new polymer frame puts the Phantom ahead of others and should revitalize interest in this classic pistol. Faulty detent on the decock lever dropped its grade a notch.”

We did note in the review that the faulty detent on the decock lever should be a warranty fix. — tw