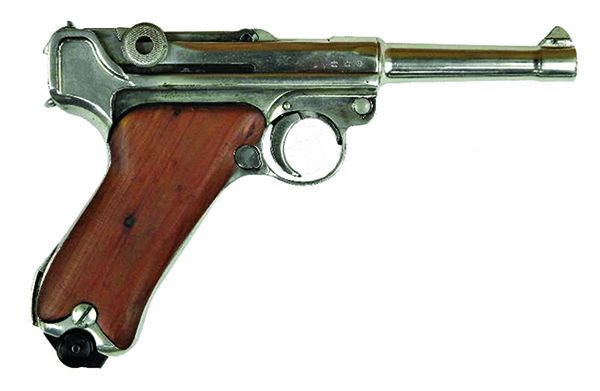 Dear Todd, upon opening my mailbox and finding my December Gun Tests, I took it directly to the “Man Cave,” locked the door, and commenced reading the article on page 6, “Shooting Collectibles.” I must say I was shocked to see that my favorite collectible, the German Luger obtain a D rating. Okay, I agree there may be reliability issues with this overly engineered, close tolerance, ergonomically designed weapon. But, I was at a loss to comprehend the low rating, given the word “Collectible” is part of the title of the article.

I immediately, took my 1913 Erfurt, prewar Luger safe queen out from the back of the safe and began my quest to understand your rating. At the first opportunity, I went to the range and fired a couple of magazines with several different brands of ammo mixed into each mag. It ate every round up and asked for more. I explained to the 107-year-old safe queen, “Your Highness, maybe when ammo becomes available again we’ll give you a real test of reliability.”

I agree, two mags full is not a statistically valid test, but it’s enough to calm my nerves about reliability.  Went home and searched the internet on reliability, and sure enough, there are issues. Of course, I believe everything that they said. Obviously, any statement is true if it’s on the net, right?

But seeing is believing. During the reliability search, I ran across a well done YouTube demonstration of a Luger unceremoniously dropped into a wheel-barrel of mud. Not just once, but twice, with the barrel plugged to avoid mud in the barrel. The weapon was picked up and fired with two magazines without failure. After seeing this demonstration, I no longer have reliability concerns and sleep well again at night.

Because this article’s title includes the term “collectibles,” I thought I’d comment on this topic regarding the Luger. This weapon went through two world wars and became collectible on the battlefields of WWII. As an American GI, you didn’t want to get captured with a trophy Luger in hand. You wouldn’t fare well as a POW, if they decided to let you live.

Fast forward on the collectible topic to 2020, this weapon is far more expensive and sought after than the Radom, Browning, or the P-38. In conclusion, I’ll say to my fellow Luger aficionados and owners, we’ll take this D rating with a grain of salt as we laugh all the way to bank. That said, I did learn some interesting things about the other weapons. Just wondering if the voting was done via mail-in ballots? Thanks for the article. — Bob

Good points, Bob. Tongue tucked firmly in cheek, I see. All voting done in person, with ID. No mail-in ballots. Your letter may mean a few more people will consider the Luger, creating more competition for you. There is always a limitation on the quality of a collectible sample, but we can’t get 10 Lugers and average the grading. Folks do need to understand that some collectible Lugers may not function, and it’s worth knowing about certain problems and looking for them before you spend your money. — Todd Woodard

Todd, thank you all for continuing to validate my long-time subscription to your excellent publication. I really liked the “Dufflebag Guns” article in the December issue. It reminds me of the Argentine Hi-Power that I bought off a buddy years ago. It’s a simple and solid no-frills pistol. I had it sent to Wayne Novak to have sights put on it after writing him, and he told me he’d work on any Hi-Power built anywhere. Trust me, this gun isn’t as pretty as the one you all tested. It has a baked-on paint finish on the frame. Wayne’s shop stripped the slide to do his proprietary dovetail cuts and then did a nice basic finish.

The “Semi-Auto 22 LR Tin Can Killers” was nice. I recently had purchased the KelTec P17 as an impulse buy at my local shop. I am so glad that I did. I can happily attest that this is a great little shooter so far. I availed myself of the threaded-adapter feature immediately upon getting the gun home and cleaning it up. I had purchased a PSD Minilith 22-caliber suppressor a couple of years ago, and these two were meant for each other. I have put over a couple hundred break-in rounds with CCI Suppressor Subsonic 45-grain hollowpoints without a hitch. This is an affordable and handy pack gun. I was really impressed with the simple injection-molded magazines. They work very well.

Thanks for the great job you and the crew do for the common man. I share my copy with friends so they can keep informed. — Bob

I read with great interest your article in the November issue re the 6.5 PRC. When the American Rifleman published an article about the 260 Remington, I had to have one. I bought a titanium model and sent it to Christensen Arms for the barrel modifications. I’ve never been happier with a deer rifle. In order to determine how much deviation there would be from a hot barrel, I fired three shots at 100 yards as fast as I could work the bolt and settle on the target. Admittedly not scientific, but it does give one some assurance that the deviation is minor, at least from the Christensen Arms barrel. — Allen 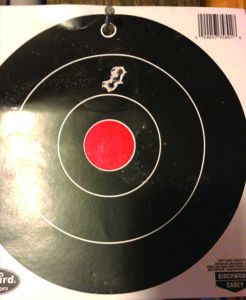 Hey Allen: That 260 Rem. sounds sweet. And thanks for sending the target. That 100-yard group doesn’t look like it has much, if any, stringing, when three shots are touching. It’s amusing that these days, the 260 Remington might have even better market acceptance if it were rebranded (or co-branded) as its original wildcat designation of 6.5-08 A-Square, or the 308 Winchester necked down to a .264-inch-diameter bullet. Funny how history works. Also, it looks like you’ve got your gun set up for about a 250-yard zero with a 120-grain bullet. Bet that works just fine. — tw

Todd, I enjoy your excellent publication, including the recent changes. With the popular AR pistols becoming more prominent for home defense, I would like to see some coverage in Gun Tests for these weapons. Their short length and light weight make them ideal for CQB defense. There are dozens of them available, but I am especially interested in the EXTAR B5 in 9mm. Thank you and keep up the good work. — Robin

Hey Robin: Thank you for the idea. I’ve been reluctant to do much with AR pistols because, years ago, I feared what is happening now — ATF might one day wake up and decide AR pistols with stabilizing braces are actually short-barreled rifles, or SBRs, which are covered as National Firearms Act firearms. That would put AR-pistol owners in a bad spot — having to register each pistol under the NFA and pay a $200 tax, render each pistol “unshoulderable” as a rifle, disassembling their pistols, or some other solution. I want to wait until there’s a legal definition that’s solid and perhaps even court-tested before we wade back into those waters. I don’t want to recommend a slew of AR pistols, and Gun Tests readers buy them on our say-so, only to have our readers suffer the same fate as Q’s Honey Badger (shown above and covered in “Downrange” on page 2) owners. My preference would be to have SBRs removed from NFA regulations completely so none of this “size-ist” BS matters, but I haven’t seen any pigs flying recently. — tw

I’ve been subscribing to your magazine for some years now, but I can’t remember you ever doing a head-to-head comparison of guns with and without compensators. I’m most interested in comparing big-bore handguns. For instance, I have a Desert Eagle in 50AE. I’ve seen demonstrations on YouTube of people shooting that thing in rapid fire, but the barrel was compensated. Try doing that with a standard barrel. Not so easy. Also evaluated could be the amount of flash and noise generated by the compensator, or other things like dust or getting your hat blown off. Just a thought. Thanks for the excellent magazine. It’s really helped me to know what to look for when evaluating guns. — Steve

Hey Steve: We have done side-by-side comparisons of firearms with and without comps, most recently with 6.5 rifles in the January 2021 issue. And we compared ported pistols in the February 2000 issue. Contributing Editor Roger Eckstine shot seven pistols, and had several recommendations:

“After testing three sets of ported/non-ported guns head to head, and a seventh ported gun by itself, we asked the $64,000 question: Is porting worth the extra money? Porting on Glock’s 19C and 22C is a $30 upgrade. Springfield charges a whopping $46 for their home-cut holes. These are MSRPs, and your cost may vary, and, in fact, it’s possible that you’d find ported guns for the same prices as their non-ported counterparts. In our opinion, this is one option that is nearly a freebie, so the question that actually needs to be answered is this: Do you want to buy a ported gun? Here are factors to consider: