I would like to see a review, perhaps in the next batch, of the Blackhawk Compact (Col. Charles) Askins holster.

I have one for my S&W J-Frame Airweight, Model 360J, 1.875-inch barrel, 357 Magnum snubby fitted with XS Big Dot tritium sights and Pachmayr grips. I really like it. Nice, well-formed black leather, thick, well sewed and constructed. Attractive. Made in Italy.

I have owned and used quite a number of different Galco and Bianchi holsters, mostly for autos, and am quite satisfied with this one by Blackhawk. In fact, it is probably the best holster product I have seen coming from Blackhawk thus far, as I have owned others. Paid $54 at Cascade Farm & Outdoor where it was recently on sale there at 25 percent off!. I think it has pretty good retention and concealability. It’s the Blackhawk No. 420506BK-R (right hand model; left hand also available). Retention is adjustable.

I am considering getting one of these for my Glock Model 23, converted and well modified in 357 SIG. (Size 02). And perhaps another for my 1916 Colt blue Gov. Issue 1911 (not an A1) and Colt Delta Elite SS 10mm first edition, with black ebony grips (size 01). I would not consider this as my only holster for these autos, just a very nice option for compact concealed carry. The Askins style makes a great option that rides high and close and clears quickly and smoothly while still providing reasonably good retention, given the Askins design, that suits “snubby” carry well.

Incidentally, the Smith Model 360J, although a handful when shooting 357 Magnum, is still not as bad in recoil as I expected it would be, and for me, it is quite shootable and controllable. And I do have some nerve damage in my shooting hand. That is what the Pachmayr grip is for. The 38 Special +Ps are appropriately stiff and make a good choice for everyday carry and quick, accurate follow-up shots in this revolver. Of course, I am thrilled to have this Smith and find the XS Big Dots to be a perfect enhancement over the stock manufacturer-supplied red ramp. — Jim

Jim: I have forwarded your request to Bob Campbell, though it seems you covered it pretty well already. — Todd Woodard

Todd, I shared the desire for quiet pest control as mentioned in the “Pest Gitter Follow-up” letter in your February issue. Last July, I settled for a Ruger Challenger 22 take-down semi-auto pistol with a 10-inch threaded barrel. I put a Sparrow suppressor and a 2.5-10×44 Vortex Viper on it. It’s compatible with all my other old 10/22 mags too. Taken down with the suppressor detached, it fits easily in my bug-out bag. It works for me! — Gary

Read your article in the latest magazine. Wondered why you did not include a PSA Gen2 PA10 18″ Mid-Length .308 WIN SS M-Lok Rifle with ACS-L Stock & Overmolded Grip (pictured above) in your AR-10 test? You seem to gravitate to expensive firearms at the expense of very functional and much less expensive items. Thanks for listening. — Bill

Bill, it’s not possible to cover every rifle out there, so we appreciate it when readers give us a heads up and suggestions like yours. With the boom in expensive rifles, we feel its our duty to find out if they are really worth the money. Indeed some are. Then again, we are mixing in rifles that cost much less. Evidence the 6.5CM AR-10 from E.R. Shaw and the Ruger Hawkeye VT 6.5CM, that in both cases shot lights out. (Ruger, by the way, is releasing this same action in a more contemporary package). It’s a long way up the accuracy pyramid, and we’re as anxious to see who’s on top as you are — without breaking the bank. Thanks for writing. — Roger Eckstine

The Walther P22 Is Not a Looker

Dear Sirs: I am a 83-year-old subscriber to your magazine and emails, and, I always enjoy reading about your tests of various guns. However, the test of the Walther P22 contained the statement that it is, “a delight to the eye,” which leaves me shaking my head in disbelief! It is an extremely ugly pistol cluttered with knobby protuberances throughout its design. I don’t understand why Walther even made it when they have a nice-looking fixed-barrel 22 in the handsome Model PPK/s 22, shown below in comparison with the ugly P22. Speaking of Ruger’s SR22, neither of these guns is as handsome as the Ruger Mark IV Standard with a 6-inch barrel, which I’m betting is more accurate than either of these guns. — Robert

Hmm. Robert, you’re right, a side-by-side comparison of the two Walthers shows a cosmetic advantage going to the PPK/S 22. — tw

First, let me thank you and your staff for the effort put into what I consider the best publication of its kind out there.

I bought my first 44 Magnum back in the ‘80s, and I was hooked. My shooting friends don’t call me “Big Bore Nut” for nothing. So when the January issue hit the mail box, I went straight to the “Five-Shot 44s” article. I was disappointed in the results and subsequent grade given to the Model 69. I think for any mass-produced firearm, any manufacturer can let an inferior piece slip through final inspections, and maybe you happened to get one. But in the case of the M69, I have to wonder because of my experience with them.

I live out in the boonies and carry a 44 daily. When the concealed-carry law went into effect here in Illinois, I signed up for the first class available and got my permit. The 5-inch 629 I carry at home just wasn’t concealable, so I settled on a 1911 for my carry piece. When S&W came out with the Model 69, I thought the problem was solved, it would be one gun in my favorite caliber small enough to conceal and would work for home as well.

After a breaking-in period, my first M69 wouldn’t shoot my favorite cast-bullet load; the accuracy just wasn’t there. So, I bought another and got the same results. So being what’s been called a little hard headed and being a big fan of S&W revolvers, I bought a third. I haven’t had time to even shoot it, but one evening a friend and I were discussing my problems with the two I had shot. While examining one of them he, with better eyes than mine, noticed burrs around the muzzle. Upon further investigation, we discovered all three suffered from the same problem. Apparently, the muzzles hadn’t been polished after the rifling had been cut, leaving burrs, some of them pretty large, scattered around the crown.

I’m now looking for a local gunsmith, or the tooling to do it myself, to see if polishing the muzzle doesn’t fix the problem. If not, I’m going to try a Taurus Tracker. In the meantime, the next time I get to the gun shop I’m going to take my glasses and look at the Smiths in the case, just to satisfy my curiosity. I may have to leave my all-time favorite manufacturer behind if their quality has fallen that low. Thanks again, keep up the good work. — Greg

I enjoy reading your comparisons in each issue, even if it is for something I’m not interested in owning. In the January 2018 issue, you compared a Ruger, S&W, and Taurus in 44 Special and 44 Magnum, which do interest me. I carry a 44 in the backcountry for grizzly, the minimum recommended. I don’t carry a larger caliber (such as the 454 Casull) due to weight. I opt for a revolver over a 10mm because I want to be sure each time I pull the trigger, even if it is at an awkward angle, it will go boom. I had a Taurus Tracker 44 for a time, and it was very comfortable to carry. However, I found it had a short cylinder and was limited to 240-grain bullets. Everything I’ve read says this load is too small for dangerous, large animals such as grizzlies. I’ve since switched to Ruger Alaskan, in which I can load 300-grain-plus bullets. Perhaps you can measure and note such in future reviews where you mention using a particular load for dangerous animals. — Mike P

Mike, thank you for the insights on the Tracker cylinder. — tw

I write to remark on Todd Woodard’s Downrange commentary of January 2018 about “fixing” NICS. NICS does not need to be fixed. It needs to be abolished. Think of how crazy it is: A person who was given probation 30 years ago for check passing is treated the same way as someone who got out of prison for armed robbery last week. Is this on the same planet as “common sense” that gun-control activists are always talking about?

One could conceivably make an argument to change gun ownership disqualification based on scientific information about the probability of someone committing a violent crime in the future. That’s not on the horizon.

The important matter is that this is a civil rights issue! NICS took $130 million out of the pockets of gun owners last year. This is oppression. This is anti-gun bigots putting their thumb on us and saying “You are unworthy.” Gun control should be called out at every opportunity for the bigotry it is. — Jim

Jim, you are en fuego, and I can’t disagree with a single thing you said. Alas, until NICS is dismantled, I will still lobby to make it better. — tw 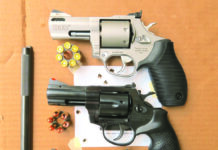 Something Bad Comes Our Way 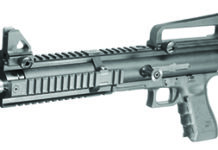 Have We Tested MechTech?