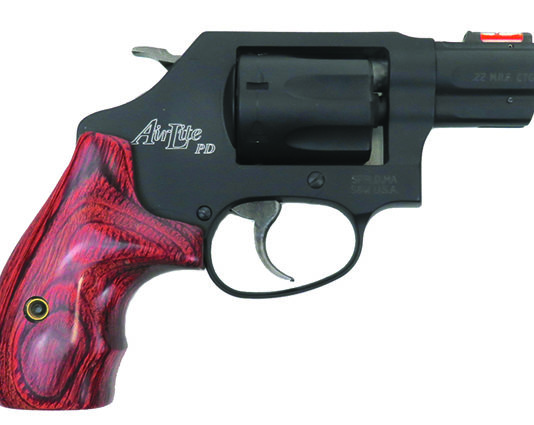 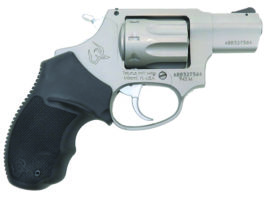 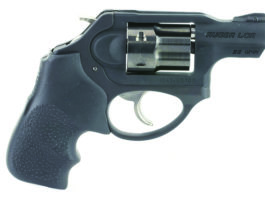 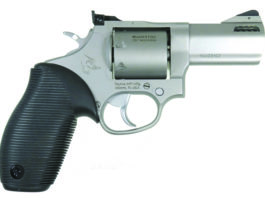 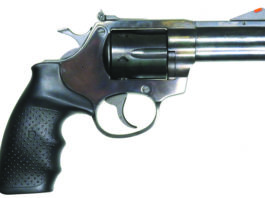 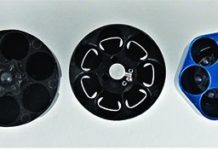 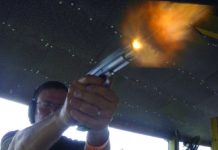 Log on to Gun-Tests.com to read complete reviews of these products in the designated months. Highly-ranked products from older reviews are often available used at substantial discounts. 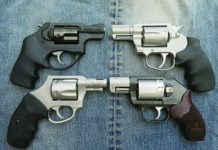 Why are there so many snubnose revolvers being manufactured? There is no sign that big-bore snubnose revolvers are going away any time soon, especially with manufacturers introducing new snubnoses. Snubnose wheelguns have been and are still excellent choices for self-defense sidearms. Easy to use, no magazine to lose, and chambered in powerful calibers, revolvers are here to stay. So we took a look at four new snubnose revolvers: the Charter Arms Boomer, Ruger's LCRx, the Kimber K6s CDP, and the Colt Cobra. These snubnose revolvers all proved to be reliable, safe, consistent, and accurate for self defense. What we experienced with these revolvers was a variety of grip sizes, some of which our testers said were too small for comfortable shooting or they were too big for ideal concealed carry.

The sights on three guns were very serviceable, while one didn't have sights at all. The triggers separated the pack, as did the chamberings. Two used a double-action-to-single-action trigger and two featured a double-action-only (DAO) trigger. A revolver chambered in 357 Magnum offers convenience because it can shoot 38 Special ammo, too. After tallying the scores, in our opinion the Ruger LCRx is a good choice for concealed carry, though we would tweak it. The Charter Arms Boomer, Kimber K6s, and Colt Cobra are all pretty good choices, but as you will see, the devil is in the details on those three.

We tested at 10 yards because these snubnose revolvers are made for concealed carry and short-range encounters. But we learned 10 yards was too far if you don't have sights, so we accuracy tested the Charter Arms Boomer at 7 yards. Not having sights is a liability as the distance between you and a bad actor increases. Though we typically test at 25 yards, FBI data shows that most gunfights between an officer and an attacker occur from a distance of 0 to 5 feet apart. We concealed-carry citizens can expect the same. The reality is these revolvers are made for up-close work. Short sight radii, smallish grips, and DA triggers do not make for tack-driving accuracy.

We also carried these revolvers in inside-the-waistband (IWB) and appendix-carry-style holsters. We took the time to practice our draw and dry-fire these revolvers at an imagined bad actor a few steps away. On the range, we tested for accuracy using a rest. The DA/SA trigger mode on the LCRx and Colt provided an edge over the DAO models. We also tested a variety of ammunition, and the K6s and LCRx proved to be more practical and versatile because they can fire both 38 Special and 357 Magnum cartridges. Here's what we thought about each handgun in more detail.

Here's a behind-the-scenes look (literally) at Cimarron's new-product offerings for 2018. 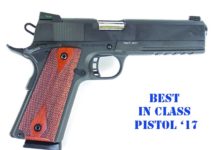 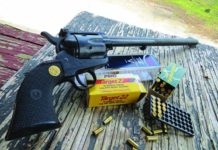 A Trio of Unusual Revolvers: Worth the Trouble and Money?

Most gun owners want firearms they can shoot and have fun with, even their life-and-death carry guns. Some of us also want the unusual because we like a walk on the wild side, irrespective of whether it has any use beyond messing around with or plinking. In this Special Report, we take a look at three wheelguns for which there are little or no match ups to find, so head-to-head testing isn't possible. But even without something to shoot beside them, we can learn plenty about whether some unique, or nearly unique, handguns are worth the time and trouble to find and add to your collection as a real, firing item. 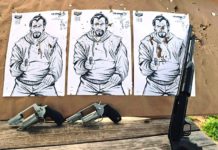 The decision of which self-defense .410 firearm is the correct choice for up-close-and-personal situations encountered in the home often comes down to a handgun in one hand or a short-barreled pump-action shotgun in the other. Because of their ease of handling, two revolvers that are capable of firing both .410 loads and handgun rounds are becoming quite popular; and pistol-grip short-barrel shotguns remain a favored option in self-defense circles. The question arises about which type of close-range firearm is the most effective with the diminutive .410 loads, including those that have recently been developed with short-barreled revolvers in mind.

Acting on a reader request, we conducted a multitude of tests on a trio of readily available self-defense firearms that included a Taurus Judge (handles .410-bore shotshells and 45 Colt) that retails for $629; a Smith & Wesson Governor (handles .410, 45 Colt, and 45 ACP) that retails for $809; and a Mossberg Model 500 Cruiser that sells for $467 and fires .410-bore shotshells.

Each of the firearms (all have been examined in previous GT reviews) is specifically designed for close-quarters action, such as when an intruder has illegally entered a residence, placing the people living in the home in a potentially life-threatening situation. In such a life-or-death scenario, a reliable, easy-to-handle, and effective self-defense tool is essential.

In this part of the GT evaluation and match-up, our focus was on the handling ability of the three firearms and their patterning performance at close-quarters ranges. We attempted to walk the fine line that divides ease of handling with putting the pattern in the right place to evaluate the two revolvers and the pump-action.

We tested the firearms on the range with targets set at two ranges used in concealed carry courses to simulate typical home-defense scenarios. The close targets were set at 9 feet (3 yards) and the second set of targets was shot at 21 feet (7 yards). Here are our findings. 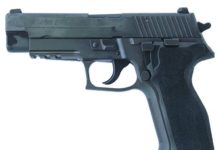 Toward the end of each year, I survey the work R.K. Campbell, Roger Eckstine, Austin Miller, Robert Sadowski, David Tannahill, Tracey Taylor, John Taylor, Rafael Urista, and Ralph Winingham have done in Gun Tests, with an eye toward selecting guns, accessories, and ammunition the magazine's testers have endorsed. From these evaluations I pick the best from a full year's worth of tests and distill recommendations for readers, who often use them as shopping guides. These choices are a mixture of our original tests and other information I've compiled during the year. After we roll high-rated test products into long-term testing, I keep tabs on how those guns do, and if the firearms and accessories continue performing well, then I have confidence including them in this wrap-up. 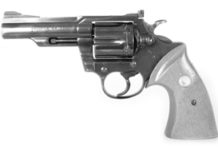 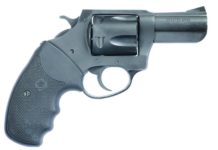 Snubbies, the Taurus Recall, and Trump on Guns