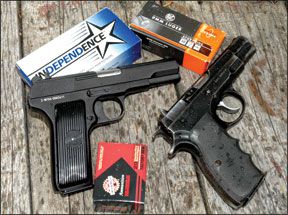 In front of us for this report were two full-size 9mm pistols. They were a surplus CZ 75 (about $350) and a new Tokarev M70A, made in Serbia by Zastava (about $330). Would either of these guns be acceptable for home- or self-defense purposes? We tested with three types of ammo, Independent 115-grain FMJ, RWS 124-grain FMJ, and Black Hills 124-grain JHP +P. Here’s what we found.

The CZ is a DA/SA pistol, designed in 1975 with more than a million having been built. It’s one of very few DA/SA pistols that can be carried cocked and locked. Its safety is easily taken off by a downward press of the thumb, though the lever could be bigger. There’s a SA-only version, but why not have both trigger options? We have long liked the design, though some of us don’t much like the cartridge. However, the CZ is big and stout enough that even the hottest 9mm ammo with the heaviest bullets would hardly kick enough to disturb the composure of the weakest-handed shooter.

The black “Polycoat” finish on this gun was badly worn. It appeared to be a painted-on or baked-on black material with significant thickness, but it had been scratched and banged and beaten until it looked like a bad reblue job over serious pitting. It did in fact have some light pitting on the bare metal, but nothing serious.

The first thing we did, after we got our eyes past the battered finish, was to knock out the crosspin and take the gun down for inspection and cleaning. This is very easily done with the gun clear, by slightly withdrawing the slide and tapping on the protruding crosspin to knock it to the left. Then pull it out and ease off the slide, and take the spring and barrel out. Reassembly is the reverse.

The insides of the gun looked pretty good, by comparison. Looking inside the CZ, we could not find anything compromised by the gun’s age and external abuse, except perhaps the barrel. Our first impression was that it had a lousy barrel. We shoved a patch loaded with our new favorite bore cleaner, Bushmaster’s Master 1 Bore Cleaner & Polish, into the bore and had to fight to get it through all the way. We could not remove all the blotches in the barrel, and expected poor accuracy as a result. After our shooting, we again used that bore polish, and the barrel looked a lot better. In fact, we would not replace it. The rest of the gun looked okay, though far from new. The grips were Hogue rubber that wrapped around the front grip strap, and the finger grooves fit our hands well. The grips are big, because of the capacity for 16 rounds in the staggered magazine, but our shooters found them to be comfortable. If they’re too big for you, you could exchange the bulky Hogue wrap-around rubber grips for something a bit smaller.

The trigger pulls, both the smooth DA and the 4.5-pound SA were pretty good, and we thought the gun was tight enough, though there was some shake to the slide. On the range we had no problems, but had the devil of a time seeing the front sight. It was small, devoid of finish, and battered or worn or maybe welded on top into a shapeless mass. The proper treatment would be to file it square and paint it black or red, which we’d do if we owned it. Blackening it didn’t help much. The gun tried to shoot, but groups were very variable with any one of the three types of test ammo tried. One group with a given ammo would be huge, then the next with the same ammo would be rather small, on the order of 6 inches down to less than 2 inches. We suspected the barrel, of course. About all we could determine was the accuracy was good enough, and the strikes close enough to the point of aim, for just about any self-defense use.

Elsewhere, the gun was big, but manageable. It felt smooth in all its ways, and never failed to do its job. We thought that if you can overlook the rather awful remaining finish, this pistol would save you considerable money over buying a new one, and would work quite well as a house or carry gun. It might be easier to find a used CZ 75 than a new one.

One thing we didn’t like was that the magazine did not quite drop free from the gun when empty. Maybe a new one would. This magazine showed a slight drag mark in its middle. However, with 16 or 17 rounds on tap, how many times would you need to speed reload in actual practice?

Our Team Said: We ended up liking the gun despite its battered look. We’d buy it, spend a few minutes fixing the front sight, ignore the finish wear, get some nice wood grips if we felt like dolling it up, and call it good. We thought it was a solid B+ gun.

We thought this was a mighty interesting pistol. The normal round for which it’s chambered is the hot 7.25×25 bottleneck number, which comes out at high velocity. However, in many parts of the world 9mm Luger ammo is lots easier to find. Zastava probably considered that, so they brought out this one, which they call the model M70A. The model name, caliber, and maker’s name and country are all laser-etched on the left side of the nicely flat and brushed-finished slide. The right side bears the importer’s name, CAI of Vermont, a warning to read the owner’s manual, and the lengthy serial number. The gun’s finish all over is a deep, dark blue over a brushed-like, or maybe surface-ground, finish. The gun looked really good, we thought, as though care and pride figured into its making. The overall impression was of a well-made pistol. The slide sides were dead flat, no rounded edges. The top of the slide was smoothly finished with a few longitudinal grooves to cut glare behind the front sight. The fixed sights, dovetailed into the slide, were excellent. The slim front was dovetailed into a raised portion of the slide. The rear was a mile high, and we were sure the gun would shoot high. (It actually shot low.) The grips were black plastic, with vertical grooves to aid grip. The grip angle was such that we liked the way the gun pointed.

However, its nine-shot magazine would not drop free. In fact we had to pull it out of the gun forcibly. This was a single-action gun, and it was possible to carry it cocked and locked, but its safety worked backwards for us, requiring a shove forward to permit the gun to fire. The only other control on the gun was the slide stop that also doubled as the takedown pin. It, like all Tokarevs, had a spring clip on its right side that retained the pin in the gun. Takedown was like that for the CZ 75. Remove the crosspin and pull off the slide, and take out the spring and barrel. The spring had an articulated joint midway to permit disassembly of the gun. When we took the gun apart, we were surprised by so many rough edges inside. There was minimal deburring done, we thought. Many of the machined areas were left sharp, which we thought was not a good sign. We were not impressed — nor would you be — by the lack of detail finishing inside, no matter how slick and smooth the gun looks on the outside. The exception was the barrel, which looked really good inside and out.

The gun can’t be fired with the nine-shot magazine removed from the gun. Many of us have never liked that system. The trigger disconnect system tied to the magazine is why, in this case, the magazine can’t drop out, which we think is a tactical mistake. The gun cannot be carried with the hammer down on a chambered round because there is no half-cock position. The hammer rests on the firing pin, which presses directly on the primer, so a slight blow on the hammer would fire the gun. Carrying it cocked with the safety on is possible, but the safety requires a forward push to take it off, which is not natural. We found the slide hard to move, so it would not be convenient to chamber a round as the gun is presented in a self-defense situation.

Another huge problem was the extremely heavy trigger pull, which was about 10 pounds. Could we fix it? We measured the force needed to compress the trigger spring without its doing any work on the sear, and it took more than 5 pounds. With the gun apart, you can remove the firing assembly, including the hammer, which invited us to see what could be done about the trigger pull. To get the mechanism out, insert the magazine into the stripped receiver and lower the hammer. Then the firing system lifts upward out of the gun. After examining the system, we chose to leave the trigger pull alone. We took the gun to the range.

We had one failure to feed when the gun was nearly new. After some of the remaining burrs inside wore off from our shooting, the gun ran better, and we had no more failures to feed. Its accuracy was promising, with groups going about 2 to 3 inches with all three types of test ammo. The gun shot about 2 inches low at 15 yards with all ammo tried. We thought it had more than enough accuracy, and its function was fully acceptable. We didn’t like the safety setup, but if this is your only gun, you might be able to get used to its operation. We think there are better choices.

Our Team Said: The trigger pull ruined this gun for us. The trigger pull averaged 10.4 pounds, but varied from 9.5 to more than 13 pounds. With that kind of a battle to get the gun to fire, and no good way to carry it with a round chambered, we couldn’t give this gun a decent rating. That’s a pity because it had a good feel, and we thought it was promising as a decent-size, relatively flat, easily concealable 9mm pistol. With a good trigger, around 5 pounds, and the magazine disconnect removed, this Tokarev would get a better grade. 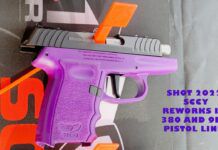 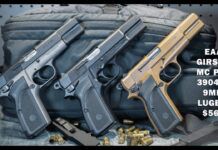