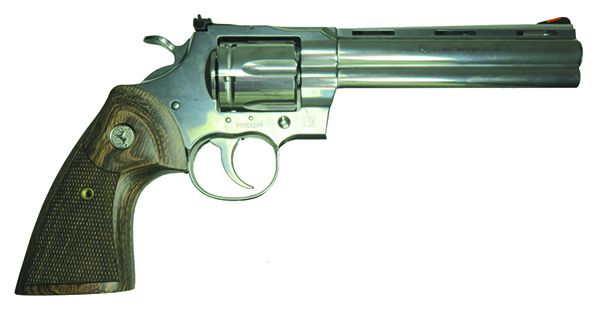 The new 6-inch Python has all the same attributes as the 4.25-inch model. No need to repeat except to say the trigger was also superb. The DA pull was 9.7 pounds, and the SA pull measured 5.8 pounds. The extra heft of the 6-incher makes it more forgiving with less felt recoil. The 4.25-inch barrel model weighs 42.9 ounces loaded while the 6-inch model weighs 46.9 ounces. The bright stainless finish on the new Pythons is brilliant and easy to clean. The top side of the barrel has a matte-stainless finish. We felt we did not need aftermarket grips for this model when shooting 357 Magnum ammo. It was a pussycat when shooting 38 Special ammo.

With the 0.003-inch-wide cylinder forcing cone gap, this was a very tight revolver. It had more velocity than the ’80 Python. We’d say accuracy was even between them, though the new Python shot the smallest group of the two with the Blazer 38 Special +P ammo that measured 0.6 inches. We had no issues with this revolver or the 4.25-inch model, save empties did not fully eject, so a gravity assist is required. With both new Pythons, the thinner wood grip allowed use of the speedloaders. It was also compatible with Hogue and Pachmayr aftermarket grips. 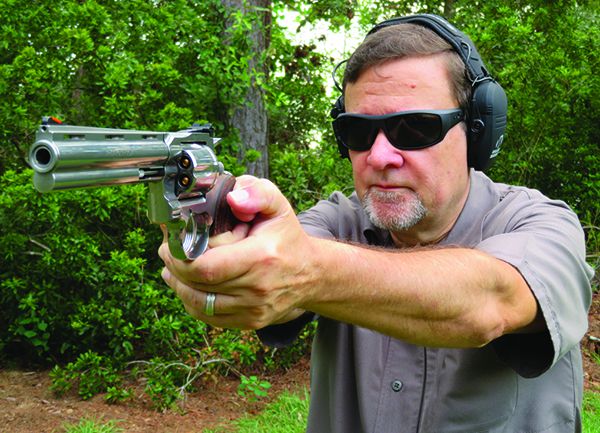 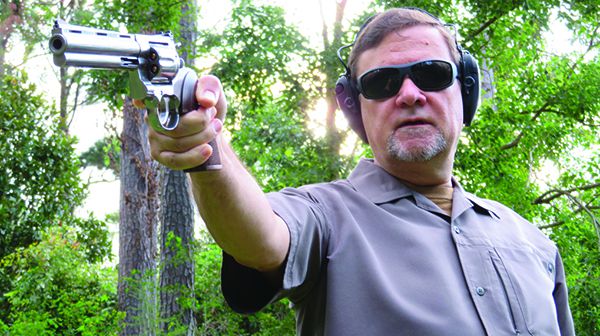 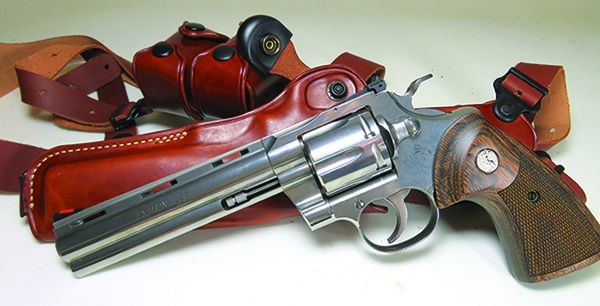 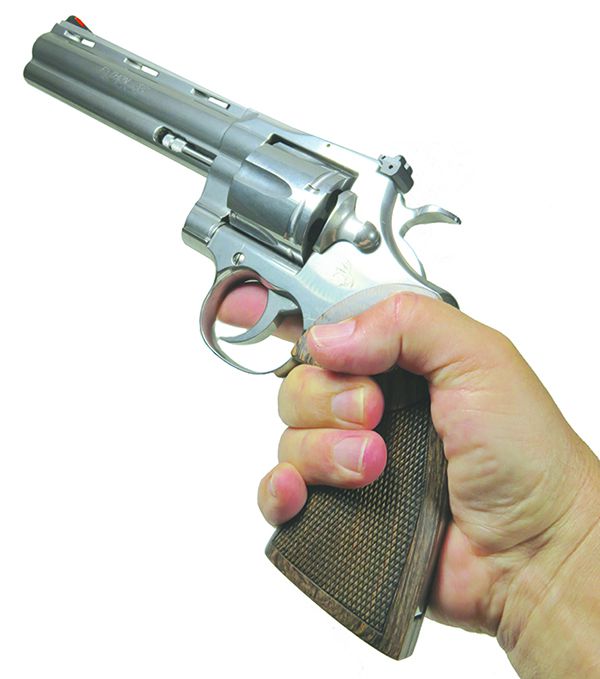 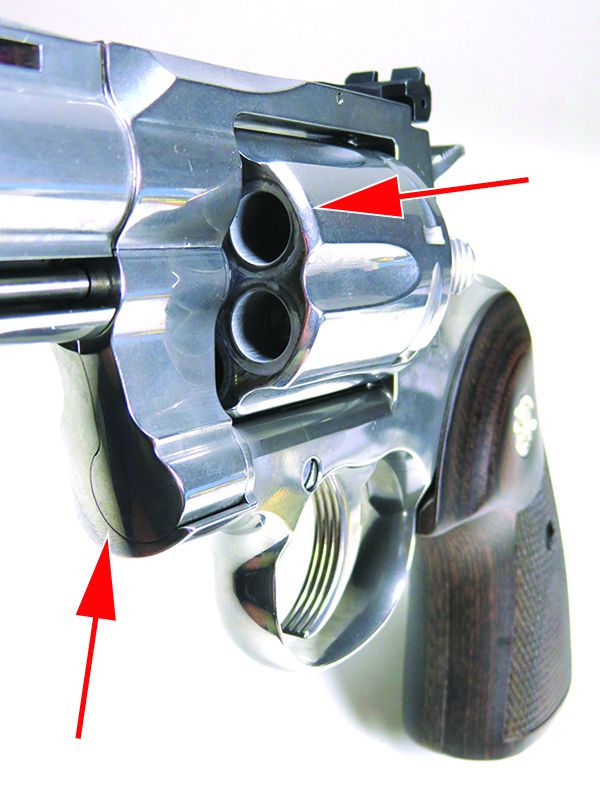 The new 6-inch Python would make a nice hunting revolver, especially in the Galco and Uncle Mike’s shoulder-holster rigs. We liked the way these holsters carried. We liked the Galco more for the easier unholstering. The Galco is slit along the top half of the holster, so the revolver rotates out of the leather. With the Uncle Mike’s, you need to pull the revolver up and out the holster, so the holster cannot be positioned too close to your arm pit. The Galco also allows better concealability. You have to have a long torso to adequately conceal these 6-inch guns. We feel the 6-inch variants are more designed for target shooting and hunting.

Our Team Said: We liked DA trigger, though we thought the SA trigger pull could be better. The laminated wood grip allowed use of speedloaders and felt better during recoil on the heavier gun than the 4.25-inch variant. The cost of this revolver is much less when compared to an original, and in our opinion, the 2020 handgun is worth the money at either length.