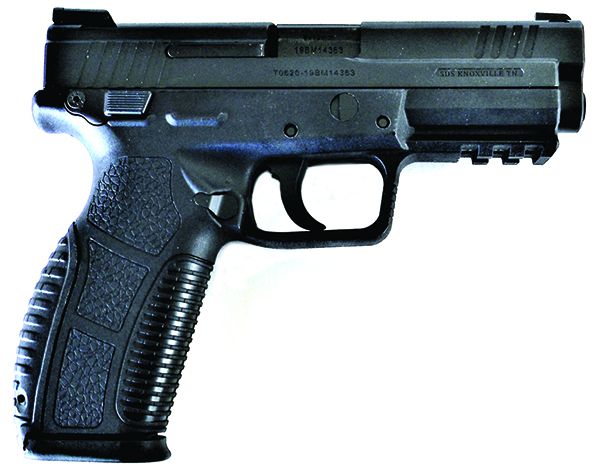 This was a recent in-stock price at ClassicFirearms.com. Also, the Tisas was in stock at more than a few outlets in February 2021. Our new-in-the-box example at the pawn shop sold for $299 out the door. This makes the PX-9 a very good buy. Tisas has manufactured a near-clone of the Springfield XD. Among the most obvious differences was that the Tisas doesn’t feature a grip safety in the design. Eliminating this safety and using a manual safety was a reasonable change. The Tisas may not equal the Springfield in some ways, but in other ways, such as the safety, it may be an improvement. The pistol may fairly be compared to the Springfield XD-9, but it must stand on its own merits and in comparison to other pistols in the price range. The pistol was supplied in a lockable plastic box. The kit included a paddle holster suitable for range use. This holster had a wide range of adjustment. It was surprisingly well made. The pistol was supplied with two magazines. Surprisingly, they were not Springfield XD types. They were SIG P226 types, fully interchangeable with widely available SIG magazines. Capacity is 15+1.

This striker-fired polymer-frame pistol is a single-action design like the Springfield XD. The finish was good in appearance, with no flaws or tool marks. As for resembling the XD, the slide was not an exact copy, but it was pretty close. It was interesting that the pistol’s slide bears the Philippine National Police seal, since thousands were purchased by this institution.

The pistol operated like the Springfield XD. Load the magazines and rack the slide. The pistol is then placed on safety. There was no bifurcated trigger, the trigger was solid, so this true single-action handgun should be carried on Safe. The striker protruded from the rear of the slide when the piece was cocked, in Springfield XD fashion.

The sights were good examples of combat sights. The front sight featured a tritium insert. It was so small, however, it wasn’t very useful. The sight was noticeable in the dark, but it certainly doesn’t jump out at you. The rear sight wasn’t a conventional adjustable sight, but it qualifies as an adjustable unit.

The cocking serrations make racking the slide easy enough, leverage was good, and the grip fit most hands well. Additional grip inserts were included for larger hand sizes. The grip, however, was the least comfortable tested, in our estimation.

The frame accessory rail accepted standard combat lights. Disassembly was the usual lock-the-slide-to-the-rear and twist a takedown lever — identical to the Springfield XD. The trigger differed from the other handguns and the Springfield XD type as well. Press the trigger and there was just take up, tightness, and then a 7-pound trigger action, the heaviest of the test. This isn’t the best or the worst trigger we have tested. It may be learned with practice, we feel, but it was also a limiting factor in achieving absolute accuracy.

Firing the pistol off hand proved comfortable. The weight of the pistol, combined with the hand-filling grip, makes for comfortable shooting. Like many other polymer-frame pistols, the Tisas was slightly slide heavy. The trigger wasn’t light, but it didn’t offer excess movement and it was consistent without variation in the trigger press.

During range work, the Tisas pistol was at the bottom in combat performance, but not too far behind the SAR9. The pistol came on target quickly, and if we pressed the trigger properly with the sights aligned, we got a hit. Speed to accurate follow-up hits was slower, but not miserably slow by any means.

In bench accuracy, the pistol also came in third place. Accuracy was consistent, with the average for all three loads around 4 inches at 25 yards. Complete concentration was required to achieve these results. In the end, the pistol was completely reliable with all loads. One of the raters, the owner of the pistol, has racked up a little more history with the gun, and he said the pistol is reliable with handloads, steel-cased loads, and +P loads so far.

Our Team Said: The pistol was rated down a full grade based on its heavy trigger and what we felt was less-than-stellar accuracy. While it was the least-expensive pistol tested and reliable, we don’t feel the features make it a best buy. 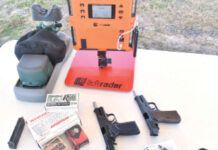 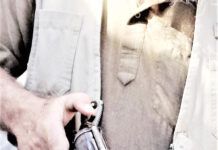 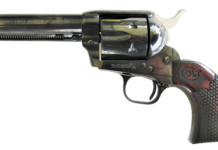