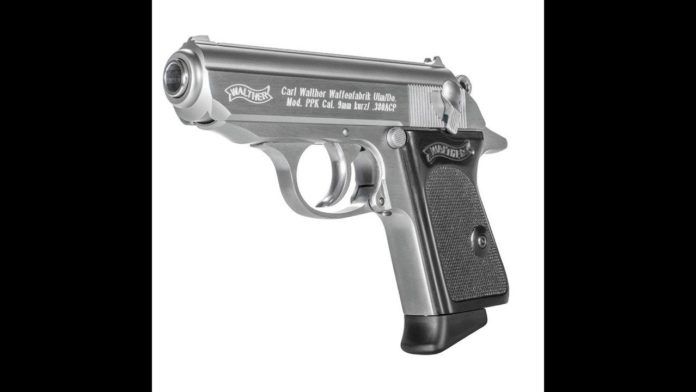 Hey Gun Tests readers, I’m Todd Woodard, editor of Gun Tests Magazine. I’m here with Bret Vorhees, director of product development for Walther. And amazingly, here’s a gun that you already know about, the Walther PPK/S. The PPK is coming back out in the United States this year.

Bret’s going to tell us about the long story of this platform and why it’s an interesting gun for shooters.

Bret Vorhees: So the PPK and PPK/S have been around since the late 1920s. The original version was the Walther PP, and that came out in 1929. So the design has been around for a very long time, but it’s actually been produced by a lot of different manufacturers. So having it produced by Walther in our factory is a big deal for us. The gun’s been around for years now, so we’re really excited to get it out there under our manufacturing, giving it the attention to detail and the quality that it really deserves.

Overall, the the internal component quality is much better than what’s been in the past. The overall fit and finish and machining quality is fantastic. It’s really a nice, elegant carry gun, that deserves to be high quality.

Todd: It’s going to be made in stainless only?

Bret: And there will also be black versions in PPK and PPK/S, and we’ll have wood-grip versions, and maybe even a threaded-barrel model.

Todd: So what’s the MSRP?

Todd: And I understand that you can’t necessarily say a retail price, but what would you expect for this to retail at?

Bret: I would guess that they’re gonna retail right in the high six hundreds.

Todd: And is the gun ready for distribution now, is it in the pipeline?

Bret: This week is actually when it’s supposed to ship.

Todd: So you must be excited?

Bret: Very excited. It’s been a long time coming but it’s worth the wait for sure.

Todd: Bret, thank you very much for running running through Walther’s new PPK and PPK/S, and we appreciate it. I’ll go take a look at it and shoot it a little bit.