The Winchester 1200 Defender was found on the used rack at a gun shop. The shotgun was practically spotless despite its age of about 43 years. This shotgun is out of production, but it is far from rare. To confirm availability, we searched Gunbroker.com and other sites recently and found 11 for sale within a few minutes. Ours was purchased at perhaps $20 below average. The shotgun features a nice blued finish, and the stocks are well turned out, with impressed checking on the semi pistol grip of the stock and longitudinal grooves in the forend. The 18.5-inch barrel features a simple bead front sight. The magazine tube is an extended seven-shell version (or six 3-inch shells). A rotating bolt features strong lugs that fit into recesses in the barrel. This design is carried on in the modern FN shotgun, basically a modernized Model 1200. This is a strong and smooth shotgun. The consensus is that it simply became too expensive to manufacture on a competitive basis compared to Mossberg and Remington shotguns. The similar FNH is more expensive than most.

The Winchester 1200 shotgun features simple-to-use controls, including a safety in the front of the trigger guard and a conventional bolt release. In dry fire, we found the Winchester to be very smooth. The shotgun comes to the shoulder naturally and points well. The 1200’s natural point proved to be an advantage in all drills. At the ranges involved, we did not find the simple front-bead sight to be a drawback. 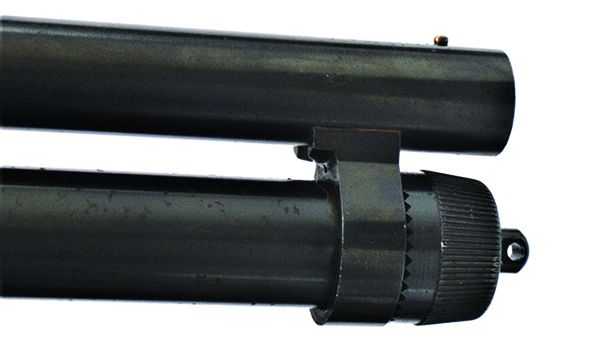 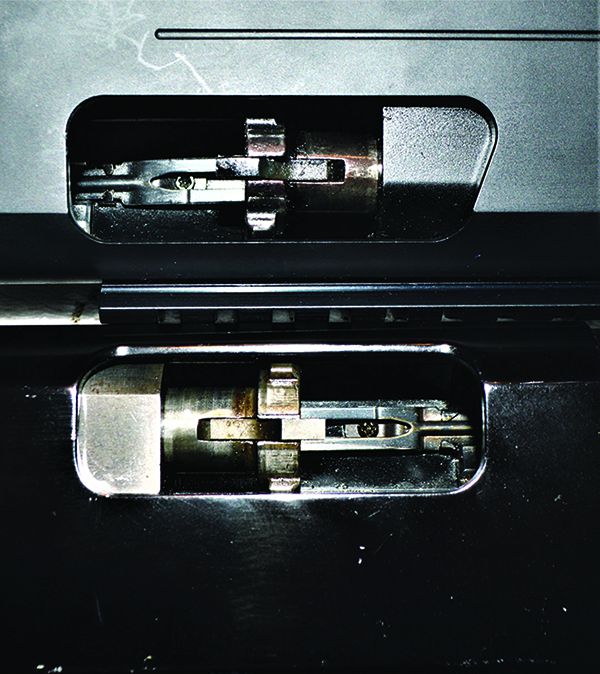 The extended magazine was not difficult to fully load, and it proved reliable during the test. Beginning with the magazine fully loaded with birdshot, we began firing at man-sized targets at 7 and 10 yards. The stock seemed an ideal fit. Many shotguns have a stock that is too long, which results in the shotgun being off center on the shoulder. This makes for greater discomfort. The Winchester is comfortable to fire.

The Winchester was at one time called the Speed Pump. The rails do not bind, and the Winchester 1200 locks and unlocks smoothly.

The shotgun centered loads on the target after a bit of acclimation. At 7 yards, the pattern was a few inches higher than the front bead, but it was more on the point of aim at 10 yards. Recoil was greater when we moved to buckshot, but nothing we had difficulty with. Shotguns are individual, and two identical shotguns may throw different patterns, but the results are a good guide for evaluating performance. The Winchester gave good patterns with all loads comparable with the other shotguns.

The pump action, as Winchester claimed in advertising of the day, seemed to spring to the rear on firing, making for real speed. Firing for absolute accuracy with slugs, we shot the Aero slugs from a solid barricade firing position. The slugs struck just above the point of aim at 15 yards. The Fiocchis went into a tight cluster of 3 inches.