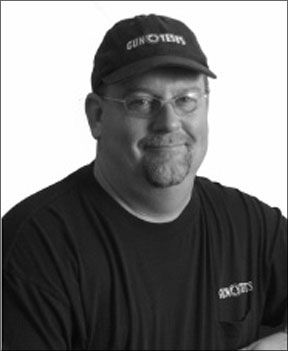 As the Supreme Court considers the constitutionality of Washington, D.C.’s ban on handguns, a majority of Americans (59%) say they would oppose a law that banned the sale of handguns, according to the Pew Research Center for the People & the Press, which conducted the survey April 23-27 among 1,502 Americans.

Public attitudes about gun control and a handgun ban are divided

The Citizens Voice newspaper in Wilkes-Barre, Penn., has reported that the operator of the pro-open-carry site paopencarry.org. was detained by police after having his gun confiscated. Richard Banks was eating at at Old Country Buffet when Dickson City (Penn.) Police arrived, detained Banks, and took his gun, which he was openly carrying.

The Voice reported that Banks spent the next hour in a police car, his hands cuffed behind his back, and his wife and two young children watching. He was later released, and retrieved his gun from police without incident a couple of days later.

A Butler, Missouri, car dealership is offering a free handgun with every purchase of a used car. Through the end of the month, car buyers at Max Motors in Butler will have a choice—$250 toward either a gun purchase or gasoline. General Manager Walter Moore said he suspects his “Free Handgun” ad won’t draw protests in Butler, about 65 miles south of Kansas City. He said, “Down here, we all believe in God, guts and guns.”

Until now, Garand shooters have been limited to military surplus ammunition, handloading, and 30-06 commercial ammunition that is often too powerful for the sensitive gas-powered operating system of the M1 Garand. “Permanent damage can occur while shooting standard factory-loaded 30-06 ammunition in the M1 Garand,” said Dave Emary, Hornady’s chief ballistic scientist. GT