To the editor: Some years ago I wrote to alert you of the alarming ability of my 1993 vintage Rossi Model 1872 to fire out of battery (lever about a half inch down), which I proved at a range with pulled (no bullet, no powder, just the primer) 38 Special and 357 Magnum cartridges. Reading through your May review of big-bore lever actions, I note that you state that only the Marlin cannot do that. Need we worry about all the other ones on the market that can? Would that be bad if people pulled the triggers with the levers not locked up. My practically last out of the factory in New Haven Model 1894 has a button that must be pushed in by the lever to fire. — Gerry

Hey Gerry: Thanks for asking about this important topic. The Marlin has a two-piece firing pin and trigger block, both of which prevent firing until the lever is completely closed. The Henry is designed with a transfer-bar safety that prevents the gun from being fired except when the hammer is fully cocked and the trigger is pulled. The Taylor’s Model 1886/71 does not have a safety lever button built into the bottom of the receiver like Model 1873. For the Rossi Model 1892 (which is the model I believe you are referring to), it is the same as Winchester Models 1886, ‘71, and 1892; there is no safety lever button. I have not tried to fire these original and reproduction rifle without the lever fully closed, nor would I try. Even with the lever not fully closed as the reader suggests, the locking blocks are engaged, so the bolt is locked in place and the trigger needs to be pressed to fire the rifle. So, it seems there is no issue of the gun firing by itself. One thing to note is the condition of a rifle. Many well-used lever actions have a worn lever that can hang loosely while the bolt is fully closed. But again, it is the user’s trigger finger that will fire the rifle. Also remember, these rifles were designed in the 19th century and do not have the internal safeties like the Marlin and Henry. — Robert Sadowski

I loved your article on the 45-70 lever guns, but there is an important aspect that went unmentioned. I own two Marlins, a model 1895 in 45-70 with a small loop and brass butt plate, which I affectionally call the “Snot Knocker,” and the Marlin 1895SBL with the large loop. The small loop on the Snot Knocker will barely allow three of my fingers to fit, and the recoil will slam the loop into my fingers. The SBL, with its large loop, will not do this. Lever-action rifles with small loops and powerfully recoiling rounds such as modern 45-70s are not necessarily fun to shoot. However, the SBL is a joy to shoot. — Brian 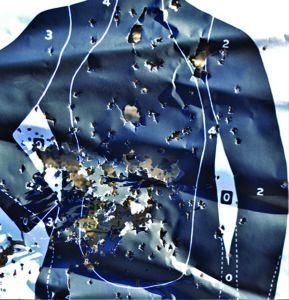 I read your buckshot test and found it very informative. Especially since one of my home-defense loads is the Remington Express #000 buckshot load, given an A-. But my other load is the HeviShot Dead Coyote. The shot is heavier than lead and the size is about like “T” shot. I believe the pellet count in the 3-inch shell is 64. It, too, would seem to be quite effective at bedroom distances. So might I suggest a follow-on test of other home-defense loads besides the standard buckshot/slug solution? Other non-toxics, even add a standard 1.25-ounce of lead #4’s (always a issue of hot debate in home-defense circles). The Winchester Defender and RWS shells were a look in that direction, but neither was the answer. There may be other effective loadings out there besides the default buckshot answer. It might make an interesting test. — John S.

John: I have forwarded your idea to Bob Campbell for development. — tw

Re “Garand Gas Plugs: We Test for Function, Safety, and Accuracy,” June 2021

“Respectfully, the M1 was designed around M1 Ball, with an approximately 175-grain boattail bullet. M2 ball was a relative latecomer. Fortunately, the M1’s gas system works fine with the lighter M2 bullet. When the same pressure scales are used, Copper Units of Pressure, or alternatively, piezoelectric-measured PSI, the average maximum pressure standards set by the Ordnance Department and SAAMI are the same. Confusion arises when pressures measured in CUP by the military are mistakenly compared with pressures measured in  PSI by SAAMI. When the same measures are used, we find that the USGI specs and SAAMI specs are identical.” 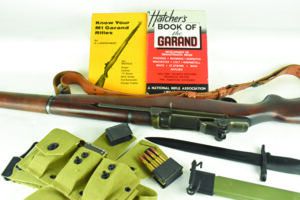 In short, from SAAMI, specifications for the 30-06 Springfield load.

Thus, there is no difference in pressure specs between “civilian” .30-’06 and “military” .30-’06. You don’t need one of those trick gas-cylinder lock screws for any ammo of 180-grain bullet weight or less.

So, why are the plugs on the market? Because hunters wanted to chase moose and bison and whatever with 220-grain bullets. The slow powders needed for bullets that heavy could cause excess gas-port pressure, not excess chamber pressure. But that’s a different kettle of worms. Please don’t perpetuate the myth, Todd! Respectfully, — Walt Kuleck. Author, The M1 Garand Complete Assembly Guide

Walt: As to the M2 ball cartridge being a relative latecomer, my sources say that the M2 was adopted in 1938, with the M1 Garand only being accepted for service in 1936. I never said that readers needed a “trick” gas system. We were just exploring as to whether the plugs might obviate some of the pressure problems potentially created by using modern, high speed 30-06 ammo. And our conclusion stated: “Would the Garand Gear or Schuster plug allow the shooter to switch to any and all factory ammo not necessarily designed for a Garand? No way to tell. Perhaps it would make the rifle a bit more friendly to a greater variety of ammunition, but we found our sample rifle to be somewhat picky in what it wanted to shoot. If we got the load too hot (as judged by looking at pressure specifications from reloading manuals) for the proper operating range of an M1 (though still well within standard 30-06 pressure ranges) or if we went a little too soft, we found the changes frequently resulted in marginal accuracy as well as split case necks.

“We experimented with a number of different loadings and decided to stay with what the experts told us — about 49.0 grains of IMR 4895 with a CCI BR2 primer in commercial brass using a 150- to 155-grain copper-jacketed bullet. YMMV — do your own research and work up to a powder charge carefully.” — Joe Woolley 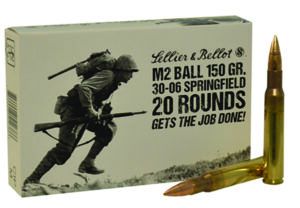 I hope the additional source of ammunition will keep Garand owners enjoying their rifles safely for a while longer. — Chris

Hey Todd, Gun Tests is the best! Thanks to you and to all your guys and gals who tell it the way it is. Thank you, too, for retaining the A through F grades. I do have a gripe — a serious gripe — though it is not with Gun Tests. It is with those firearms manufacturers whose warranty is None Written, or Limited, with no further clarification. For me, even a one-year warranty is insufficient for any new pistol, rife, and shotgun. I ask you to take some manufacturers to task in your next Downrange editorial page. Specifically, I believe you should name names, including Ruger with its None written “warranty.” Shame on them!

I am not suggesting that a Lifetime or Limited Lifetime warranty is necessary. But I do feel that all new firearm warranties should be at least five years, as it was with my Marlin deer rifle. You may have differing thoughts, which is fine. I do hope you will choose to address the problem in your always excellent Downrange column. — Phil 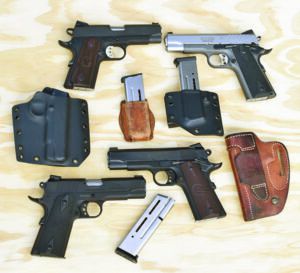 Hey Phil: I admit being torn on the issue of warranties. Ultimately, the question is, will the manufacturer fix a problem with a firearm, if the problem is the responsibility of the maker? Ruger and many other manufacturers choose not to list warranties because the language establishes a contract between the company and the purchaser that varies between states, and which subjects the company to litigation, but not only by the customer. The state’s legal beagles can also take a shot at the company as the result of  warranty language. If I were a firearms maker in New York State or California right now, I wouldn’t want to give the consumer-liability government lawyers any more of a shot at me than was absolutely necessary right now, as the NRA is learning.

So, for our part, we upgrade companies that have extended warranty coverage, and if two guns had the same grade in a test, the one with the better warranty terms would win. I get quite a lot of consumer mail about how companies treat customers, and I don’t recall Ruger standing out as an entity that screws customers over. Warranty or not, the company seems to try to make customers happy with repairs, exchanges, or refunds. — tw

I carry the Range Officer Champion or the SIG M11A1, both in 9mm. My dress will dictate which. My RO is the more comfortable and lighter; downside is I carry two extra mags, where with the M11, I only carry one.

My department range master does not care for it, but I shoot a qualifying score every time, and I am totally comfortable shooting it. I have liked the 1911 frame ever since my time in the Army.  Being in my 60s, carrying a 45 ACP pistol is no longer for me. My 9mm HST 124-grain cartridges work just fine in both of my carry weapons. Just wish I could get more to shoot, but then so does the rest of the nation. — Eric