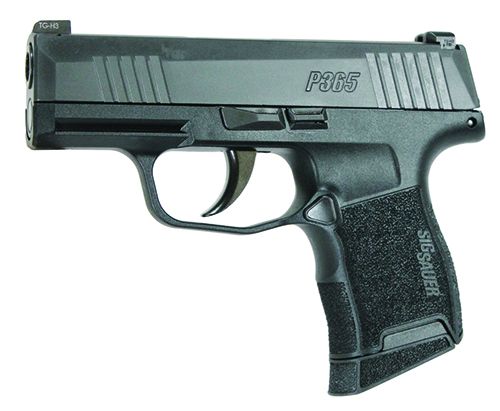 Hi, Todd. Let me just begin by saying that I really enjoy your magazine, and it’s getting better all the time. The prose and grammar are much better recently than even a couple of years ago. I understand that the raters aren’t trained journalists, and that’s another thing that sets y’all apart. But it was sometimes hard to figure out what a phrase or sentence meant, and that was distracting. I like the informal tone, backed up by folks with real-world, practical experience with guns.

Because the 10+ 9mm guns are all the rage, how about a side by side of all of them? I know you just did the Hellcat and 365XL, so maybe that would be a cut and paste. I don’t know all the brands making these guns, but I see ads for the SCCY 10+ (don’t remember the name), they’re cheap, and sold out many places. You haven’t reviewed one of their guns in years, and I’d like to see how it stands up to the others. I’d not likely carry one of these except when I needed deep concealment, so I would rather spend $250 on an occasional-use gun than $500. If it works right, all the time.

Finally, I imagine that many of these guns end up being owned and used by the raters long term. How about a paragraph or two every month telling how well the “keepers” hold up as the round count and lint buildup goes up. Thanks for a great pub. I look forward to it, and I know I’ll have a nice couple of evenings when I find it in my mailbox. Be cool. — Doug in VA

Hey Doug: A Value Guide of 40 of our most-recent 9mm comparisons appears here. If you need to dive further into a gun’s rating, then your online access will let you do that. I’ll add the SCCY to the development list. New guns are coming out fast and furious. — Todd Woodard

Your testing of smallish 9mm pistols seems like an unfair comparison of watermelons to apples. The SIG P365 is 24% to 35% lighter (unloaded) than the Ruger, Stoeger or Arex, yet you fault it for having more felt recoil. Duh. You fail to mention that with the optional 12-round magazine, the SIG carries 12+1 with an almost imperceptibly longer grip. Yet it is still narrower than any of the others. If you choose to carry the available 15-round mag as a spare, that’s a huge advantage. The SIG also has an optional thumb safety, not mentioned. You say the sights are good combat sights, but fail to mention they are tritium inserts. In the concealed-carry market, reliability, size, weight, and capacity are arguably the most significant factors, probably in that order. Forget the price difference. Price is irrelevant if my life depends upon it. To be fair, the SIG has a horribly stiff spring, making a mag loader necessary (for me). I believe the SIG P365 currently dominates market share in this segment. Don’t ignore the market when evaluating this gun. The closest comparison would be the Springfield Hellcat reviewed a month earlier, if you have one that works.     — Paul

Hello Gun Tests, longtime subscriber here. Great magazine — you explain the basis of your views and let the reader decide the applicability to their situation. Nonetheless, I wanted to offer some comments on your recent review of the SIG Sauer P365. It appears as if the SIG was downrated because, as a “micro pistol,” its handling compared unfavorably to full- or medium-sized pistols. That doesn’t seem to be as fair as comparing it to other pistols in its class and rating it accordingly. Comments on small pistol handling characteristics could be an aside. Unless, of course, you feel all micro pistols should be downgraded at the outset.

Yes, the P365 has a small grip. Whether this makes cleanly releasing the magazine more difficult than with other micro pistols would have been an interesting observation. Similarly, I would have liked to know your comments on what difference the extended 10-round magazine had on firing/recoil with these different micro pistols. And so forth. In other words, more of a focus on comparing apples to apples.

You also downgraded the P365 based upon cost. We all want to know the price of a firearm. It is a (major) factor (for most) in deciding whether to purchase it or not. Despite this, I believe the role of Gun Tests is to determine the functionality of a firearm and to let your subscribers take this personal choice from there. Cost should have no impact on a firearm’s rating.

I know shooters who love the P365 and those who don’t. A more precise comparison with other micro pistols would have been more useful to those trying to decide. Again, great magazine. I hope these comments were of some value to you.    — Ed

Thank you, Ed and Paul. As popular as the P365 is, more variations are inevitable. So, we’ll be revisiting (as in this issue) the platform often, I’d wager. — Todd

I have an original Inland M1 carbine, a Universal carbine from the ‘70s, a newly manufactured A-O paratrooper-stocked M1 carbine and the Inland version. I originally bought the Universal unit so as not to shoot the original carbine, but was disappointed in the Universal rifle. Both the A-O and new Inland are great shooters, accurate and reliable and fun to shoot.  — Bob Smith @ Gun-Tests.com 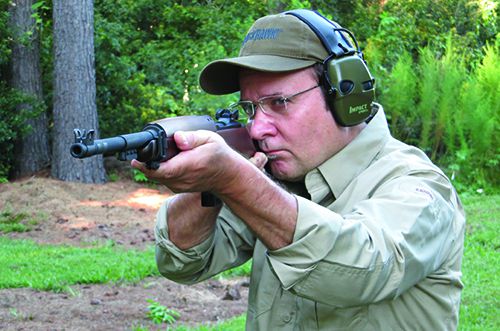 How is the magazine’s review of a reproduction of a version of the M1 in .30 caliber that was dumped and very few were ever made, because MacArthur wanted to use the existing 30-06 Springfield cartridge, supposed to compare to the M1 in 30-06? The actions are different, cartridges are different. I believe the barrels are different, and the weight and balance are different. I know that the hand-selected M1 I’m getting from the CMP will be more expensive and be well used, with a hodgepodge of parts from a number of reconditionings through the various wars, but at least it will be a factual relic and not something that is easier and cheaper to build than what really went to war.   — bisonwings @ Gun-Tests.com

Some newer guns might be better, but not the revolvers. What happened to real blueing? Now it’s all black oxide or stainless finish. Taurus only uses coatings, their “stainless” revolvers are not made of stainless steel like the S&Ws. They are “stainless finish,” which is basically a carbon-steel gun with a silver coating. I called them and asked and that’s what they told me. Their blued revolvers are carbon steel with a cold black oxide finish. It’s so thin it rubs off with the slightest rubbing.    — Radar1 @ Gun-Tests.com

We don’t drill out metal segments to see if the stainless is through and through, but we haven’t had unusual wear issues with Taurus revolvers, either. But we’ll keep an eye out. Thanks for the tip. — Todd

No malicious intent. While I myself live in Houston, Gun Tests writers and testers live across the country. We’re not really a Texas-centric publication. — Todd

Hi, Todd. Here’s another golden oldie for your consideration: The Hersey 4-way from Ted Blocker. It’s a belt slide that can be worn on either side, with forward or rear cant or crossdraw. Simple, very well made and finished, has adjustable containment screw, comfortable to wear, easy draw. I have two, one for my Colt Officers ACP, the other for my Beretta 92F, each custom molded for their respective sidearms. Long-time subscriber to your really great publication. — Marty in NY

Hey Marty: Thank you kindly for the recommendation. I’m sure other readers will take your advice under consideration. — Todd 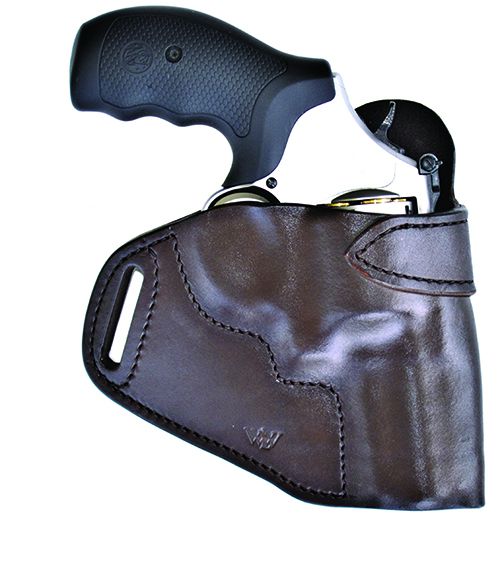 Got a new Walther PPK/S in 22 LR. Palmetto Armory, imported Fort Smith, Arkansas. Double-action trigger weight was 17+ pounds. Rear sight fell off when I took it out of box. Apparently, it wedges into a slot in the frame with a set screw. Poor design. Tech service said it was “normal” when I called. That’s my input. — Mike

We will take a look. Thanks for the tip. — Todd