I have a follow-up to your review of the Toros Copolla T4. I bought this shotgun based on the Gun Tests Our Pick Grade A you gave it. When we went to the range with the shotgun, on round number seven, the gas cylinders blew off the barrel, blowing the right handguard off the gun. This is a very dangerous fault. We were lucky no one was injured. I took the gun to one of the best gunsmiths in the country, and he showed me where the weld did not go completely around the gas cylinders. The importer for this shotgun is Four Peaks Imports LLC of Phoenix, Arizona. After three emails and four phone calls (I had to leave messages because no one answered) and two months of nothing, I called the importer in your article, TorosArms.com. They initially said send it in, but the representative asked where I got it, and he said, “I’m so sorry, that is not one of our guns.” I called J&G Sales where I got the gun, and they made some calls and Four Peaks finally called me back. I had to pay for shipping back to them. They put a new barrel on it and test-fired it, then sent it back. When I got the shotgun back it was just filthy; they didn’t even clean the thing before sending it back. I had the gunsmith check the gun over, and it passed. In my view, the shotgun gets an F based on the first range trip, and the importer gets an F-. I thought such a failure was important to pass on to your readers. 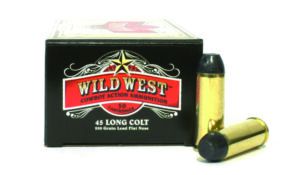 I did get a chance to take the shotgun out after the new barrel was installed. Fired 30 rounds of Noble 12-gauge 00 buck with no problems of any kind — no signs of any cracks or separation of the gas cylinders from the barrel. I still cannot give it an A rating, but I will give it a B. I still give the importer, Four Peaks Imports, an F rating for the very poor service and delay in contacting me and sending the gun back filthy. I will still take your recommendations on firearms. Even the best makers have a bad one slip by now and then. I will be a subscriber until I die. — Jim

Hey Jim: Yeah, we value our relationships with our product suppliers as much as we do the individual product makers. We’ve had very good luck on that front over the years. Some folks we’ve worked with have gone out of business, but I can’t recall ever firing anyone. Kudos to J&G Sales (JGSales.com) for getting with the importer to get you a resolution. — Todd Woodard 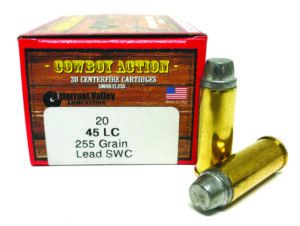 Dear Editor, I’ve just finished the August issue of Gun Tests, and I have this to say: Thank you, Thank you, and Thank you again for answering a question that I’ve been asking for more than six decades. I’ve asked again and again why the 45 Colt was being referred to as the 45 Long Colt when I could not find a reference to a 45 Short Colt anywhere. Your review of the three single actions in 45 Colt answered that question. Also, your review of the Devil Anse answered the question that I had about which single-action cowboy-type gun I would be buying shortly. I have a Henry and an S&W in that chambering, and I wanted a cowboy gun in the same cartridge. Thanks again for answering a question I’ve asked gun writers, gunsmiths, and even the instructors at Trinidad State’s gunsmithing school, all of whom didn’t have the answers for the Colt cartridge question when I asked them. — Harold

Hey Harold: Yes, the designation of that cartridge can be confusing. The formal SAAMI name of the round is 45 Colt, but I personally use the 45 Long Colt nomenclature (or 45 LC) when I write about the round for Cartridges of the World. It differentiates between the revolver round and the 45 ACP, which many people conversationally call “45 Colt,” when they mean 45 Auto or 45 Automatic Colt Pistol. Some factory ammo also comes with the 45 Long Colt name on the box — Fiocchi, BVAC, and Sellier & Bellot to name three. — tw 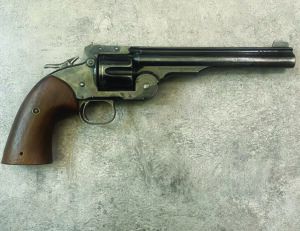 I enjoyed your August Cowboy Shooters article on the historical clones. I’m sorry the Schofield was inaccurate. My dad was a real fan of the Schofield. He carried and used one extensively in the late 1920s and through much of the 1930s working as a U.S. Customs Patrol agent in the El Paso area.

He loved its balance, quick reloading, and six-shot carrying capability. Dad was also a competition shooter and something of a pistol smith. His Schofield was significantly modified as you will see in the attached photos. Modified were grips, hammer spring, hammer, front sight, and an added rear sight. It fired the 45 ACP with half-moon clips. This was his carry pistol. They did engage in gun fights with some regularity. It had to work and did. And it was very accurate. 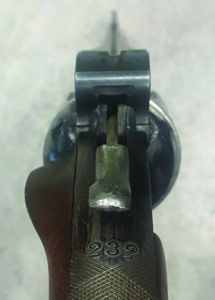 When I was learning to shoot, dad had me balance a penny flat on the ¼-inch-wide top of the upgraded front sight while I dry-fired. I got to where I could keep a penny on the sight through four or five cocking and dry-firing cycles — without taking the pistol down. Obviously, that says a lot about the smooth action of the Schofield. Unhappily, my pistol is no longer a shooter. Near the end of his time, dad saw that there was a slight amount of play in the latch of the big pistol. He said it had to do with the battering of too many handloads used for “Social Purposes.” He said not to shoot it anymore, even with mild target loads.

Now that I have it out, I think I’ll do some dry-firing. Got a penny? — Erne

Thank you for sending the photos, Erne. I don’t know of a single-action pistol smith who might be able to bring the old gal back to shooting form, but perhaps Gun Tests readers do. If anyone has a recommendation on that, I’ll forward the name and contact information. — tw 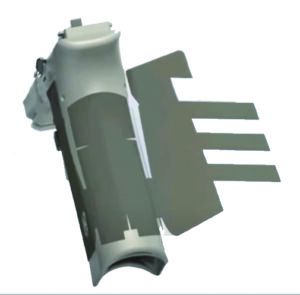 I noticed in your review of the S&W 2.0 that you found the grip surface to be a bit too grippy. I bought a 9mm M2.0 about two years ago for a concealed-carry weapon. I quickly found out that the texture of the grips was much too aggressive. It was not the firing of the gun that was the problem; rather, the texture of the grips would grab certain synthetic stretchy weaves like a weak Velcro. This would cause extreme printing of the gun under the shirt. It also caused pilling of the fabric after just a day of carry and irritation of my skin on my abdomen, to the extent of being painful. I put the gun away and would not carry it until I found out about Talon precut grip tape. After applying this product, I found the grip surface to be just right for me, and the two problems were solved. I have been carrying the gun concealed for over a year now, and the applied grip tape is still firmly adhered and fits the frame perfectly. I used the standard pattern, not the more aggressive. I am well pleased with this product. Try it, you’ll like it. — Warren

Warren, thank you for the recommendation. Contributing Editor Joe Woolley wrote, “…we feel the grips would benefit from the light touch of some 600-grit sandpaper.” Both are good choices. In the image at the top of this column, it’s easy to see how the Talon tape is cut for a specific handgun model. Also, the textures vary. See more at TalonGunGrips.com. — tw