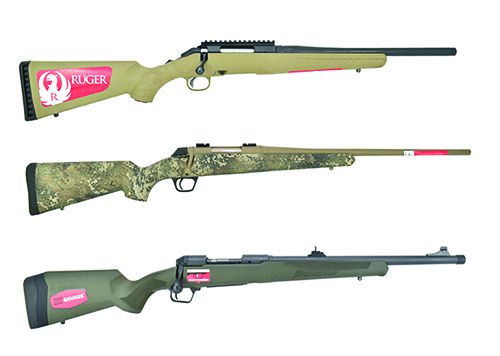 I purchased a Ruger American Ranch Rifle in 350 Legend and used it last deer season. I shot a buck at about 40 yards using Hornady’s 170-grain round, and it really brought him down with just one shot. Also, used it on a coyote at about 50 yards. I didn’t experience any bolt problems, but as you found, it is a little awkward to remove. Because the 350 Legend and 30-30 Winchester are comparable in power, why isn’t the 30-30 allowed, too? I emailed the Iowa DNR about that, and they said they weren’t considering any other calibers at the time. I’m also looking forward to your review of the Marlin 1985 in 45-70. I hunted with one the first year they were allowed, but didn’t get a shot at anything. I have ordered some upgrade parts from Ranger Point Precision and am anxious to install them, especially the reduced-effort loading gate. Really enjoy your publication — lots of good info even if I’m not looking to purchase anything. — Ken

Well, good on you for your success with the Ruger 350 Legend. On the state game agency’s lack of interest in allowing more chamberings, lack of competency and lack of urgency among their political overlords are two likely answers about why cartridges of similar power are approved, or not. — Todd Woodard

How does one submit a request if a specific model has not yet been tested? Example: the Springfield Armory XD-M Elite versus its predecessors and comparable Glock, S&W, etc. Thanks, Rayland 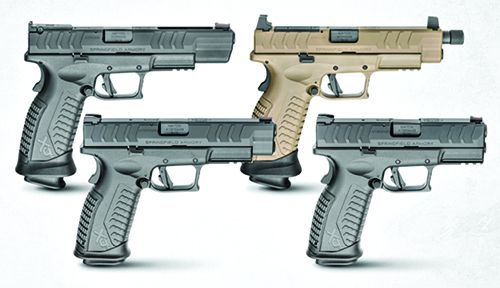 Just like that Rayland — drop me a note, and we’ll see what the match ups look like. If you have a main gun you want to have compared against others, be as specific as you can about all of the items. Yes, down to the model number or UPC if you can find them it. — tw

Please bring back the ability to search all firearms by manufacturer on the Gun-Tests.com website. I have been a subscriber to the magazine for many years, and it has been my perception that whenever changes occur to locate available content, it has become increasingly difficult to do so.

I don’t wish to wade through a wearying number of selections within a category or hope I have entered the appropriate description in the search function. Think KISS (Keep It Simple Stupid). — Joe

Hey Joe: We are working on the back-end taxonomy every day, so that the searches are more targeted. — tw

I subscribe and receive the paper copy. I’m looking to see if GT has tested the Colt Combat Elite Defender in 45. I don’t know how to search for a particular gun in your prior tests. I’m thinking of buying this gun. Thanks. — Ray 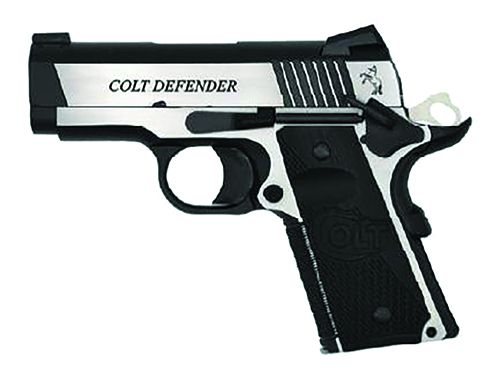 Hey Ray: We haven’t tested Colt’s Combat Elite Defender O7080CE 45 ACP. According to the company’s website, “The Combat Elite is back! The Combat Elite family returns for 2018 as a modern styled two-tone pistol packed with premium features. 25LPI checkered, night sights, and ambi safety make for a top shelf pistol that’s ready to hit the range. This Defender size version features a stainless-steel frame and slide with a 3” barrel in the classic 45 ACP.” But we’ll put it in the hopper and see what else is out there. — tw

Any chance for a test of modern lever-action rifles like the Browning BLR (shown previous), Henry Longranger, and Marlin 336 XLR? Could you also consider a test of receiver and tang sights, particularly Williams vs. Lyman vs Marble vs. Shamrock? — Michael 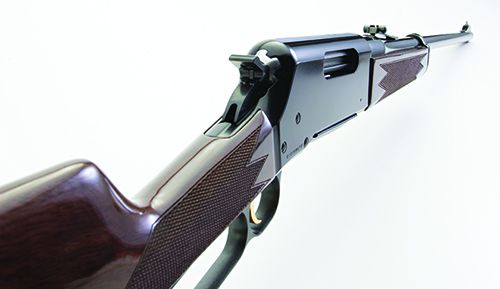 Hey Michael: There are some 45-70s in this issue that have some modern features, but what you suggest looks like a pretty good trio. What chambering were you looking for? Ping me with that. The sight comparison also looks interesting. I’ll forward that to the staff and see who jumps in. — tw

In the Range Data, the Winchester data show the best accuracy for all three loads. Yet at the end of the Winchester evaluation, you said that it came in second in accuracy. Which is it? I am used to trusting your magazine. Can you clear this up for me? — David 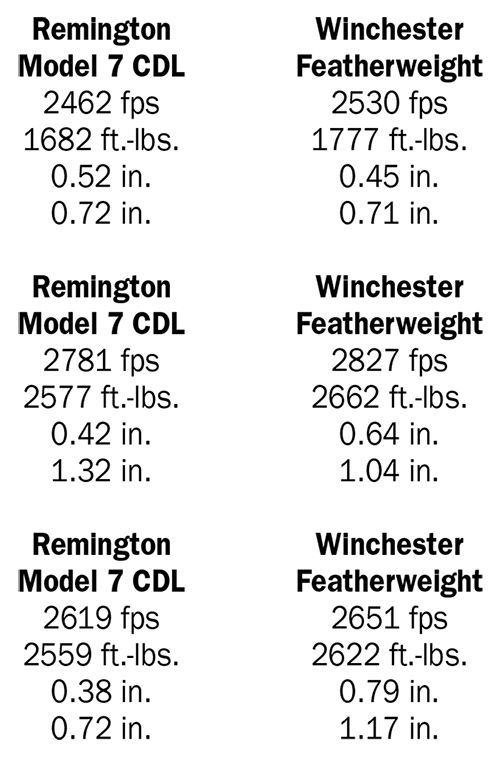 Hey David: I ran the corrected 308 Range Data table in the June 2020 issue on page 4, in Firing Line, and there’s another excerpt above. But in more detail about the accuracy numbers, Joe Woolley explains: “In the corrected table, you can see the Remington Model 7 averaging groups of 0.72 inches for the Hornady 125-grain SST reduced load,1.32 inches for the SIG Sauer 150 grain, and 0.72 inches for the Black Hills 168-grain BTHP. That averages 0.92 inches across those groups. The group size averages for the Winchester Featherweight for the same ammunition were 0.71 inches, 1.04 inches, and 1.17 inches, respectively. That averages out to .973 inches. The differences were slight and the Winchester showed the best accuracy for one type of ammunition, but, overall, the Remington Model 7 won as stated.” — tw 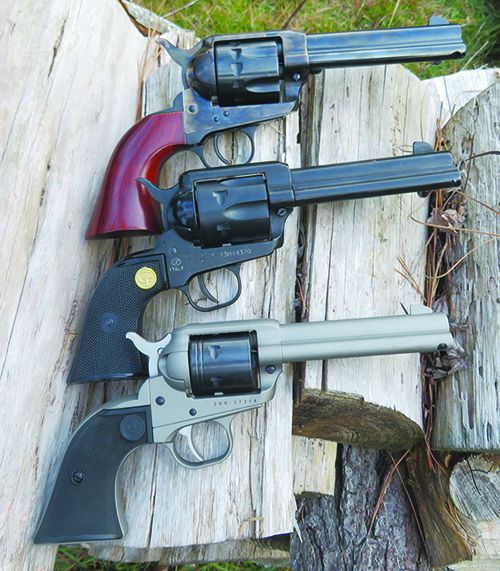 Re “Cowboy Plinker Shoot Out: Cimarron, Ruger, and Uberti,” June 2020

Just sitting here re-reading the article in the June 2020 issue, comparing the Cimarron, Ruger, and Uberti .22 revolvers. Again, good article. Looking through the data, I noticed that the Cimarron shot notably higher velocity than the other two. Going through the data, the cylinder gaps of all three are essentially equal, and the bullet travel in the cylinders is, essentially, the same for each. Also, barrel length is almost equal. In fact, the Cimarron and Uberti are almost identical for all these attributes. So, my question is, do any of your staff have a thought as to why the Cimarron should shoot approximately 10% higher velocity than the other two? I can’t think of an answer. Regards. — Larry

Great question, and probably not just one thing. The cylinder gaps are within a thousandths, and the barrel lengths are very close. So the next-easiest explanation would be the quality of the bore finishes. That might also explain why the Plinkerton was the most accurate overall. — tw 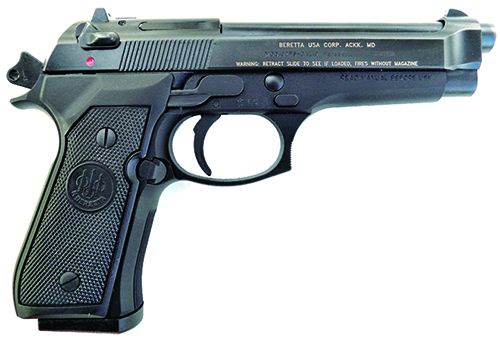 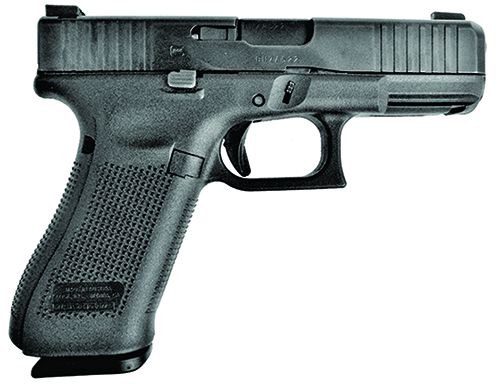 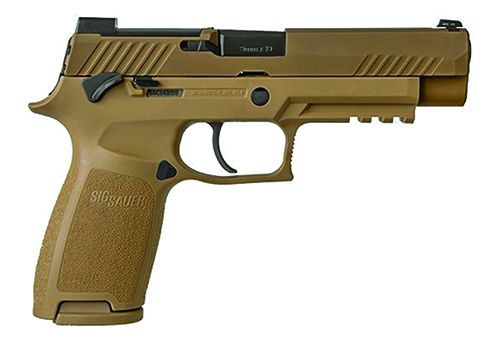 This issue compared the three pistols above. I have all three. All of these pistols are very nice and function reliably. While the Glock is a good choice, I feel that the SIG is superior in many ways, and I can see why the U.S. selected it as the next-generation issue sidearm. It just feels, fits, and handles better than the Glock. I bought the Glock GI contender last fall and was pleased with it. I recently purchased the SIG M17 320 F 9mm and really like it.

As far as the Beretta 92, I kind of prefer it as a home-defense gun. Especially now with the current social unrest. It has been totally reliable with all types of 9mm loads. I like the double action/single action feature. Right now it is my choice in the event of “social unrest” coming to my house.

For outside carry, I have a S&W M&P 2 Compact with a built-in laser that I like.

On a completely different point, I would like to caution your Gun Tests readers NOT to reload or use bullets heavier than 180 grains in the Garand rifle. Heavy bullets can and will cause high pressure and could bend/distort the operating rod and damage the rifle damage. As a former National Guard armorer (graduate of the U.S. Army small arms school in Aberdeen, Maryland) we were advised of this danger. At this time we were transitioning from the M1 Garand to the M16 rifle, but a number of M1’s were still being used for competition and general shooting.

Also, regarding the M1’s “ping” on ejecting clips, a late friend of mine, “Doc” Brown, scoffed at this. He was a machine-gun section leader in Europe. He said in 95% of the combat firefights he was in that the noise was so loud that hearing a ping was ridiculous. By the way, he used his M1 with tracer ammo to direct his gunners where to target and lay down fire.

I always appreciate the insights in your magazine, and I sometimes agree. — Dwight

I’m writing in regard to the comparison between the Springfields and the M1 rifle. My first time in the Marine Corps was in the mid ‘50s, and I was issued a US Rifle caliber .30 M1. It was always called the M1, never a Garand. Nobody, but nobody called it a Garand. I never heard of Garand until years later. Ask your grandfathers who served what they called it. Not that all that matters, but time changes a lot of history, I reckon. Just a musing of an old-timer.

On a different note, you mentioned the free-floating firing pin and slam fires on single loadings. The Marine Corps required single loading on all slow-fire shooting on 200-, 300-, and 500-yard ranges. I coached recruits for two years with the M1, and all slow fire was done by inserting a round in the chamber and having the bolt slam home. If you rode it home, it may not lock the bolt.

I really enjoy your magazine, keep up the good work. —Charles

We welcome mail from our readers. To send us comments or questions about previous articles in the magazine, email us at: GunTestsEditor@icloud.com. If you’ll include the month and year of the article you’re writing about, it’s a big help. Also, please include your name, address, and phone number. We won’t publish your personal information other than your first name, but we may need to contact you about material in your letter.