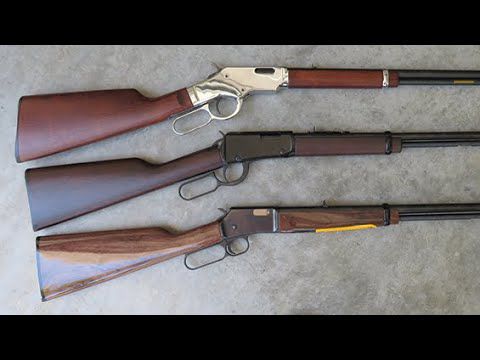 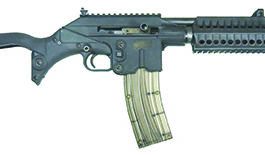 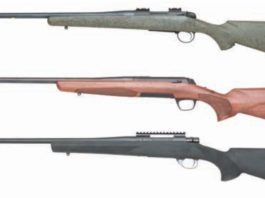 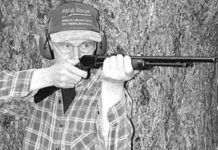 Pump-Rifle Probe: Are These Rimfire Slide Actions Any Good?

Pump-action .22 rifles have been with us for well over a century. Many millions of kids cut their shooting teeth with a pump rifle, a supply of tin cans, and Dad's careful tutoring. Shooting galleries throughout the U.S., and probably the world, used the Gallery model of the Winchester, so many people gained familiarity with the rifle even if they never owned one. Pump-rifle designs were generally simple and durable, and the Winchesters probably set the standard for other makers to follow.

The common talk among shooters was that you could load the .22 pump rifle in the morning and shoot it all day, or something like that. Whether or not the Winchester Model 62 was the first rifle that spawned that phrase (it was probably the Winchester Model 1890), the 62 would fill the bill with its full-length tubular magazine that accepted 20 Short, 16 Long, or 14 Long Rifle cartridges. Per the 10th Edition of Modern Gun Values, the Winchester Model 62 rifle was introduced in 1932 and discontinued in 1959. That tome gives an approximate value for the Model 62 Winchester in excellent condition at about $600, but that price has probably gone up since our 1996 edition was printed. We were lucky enough to obtain the loan of a Winchester 62A in excellent condition, which gave us an excellent basis for comparison with two new pump .22s we also acquired, a close copy of the Model 62 Winchester by Taurus, called the M62 Carbine ($279) with 16.5-inch barrel, and another by Henry Arms, called simply the Pump Action .22 ($300), with an extended forend and side ejection.

We put these to our functional and accuracy tests, beginning with the Winchester to see what a good, classic pump gun would feel like. First, we shot them offhand to get a feel for what they offered. Without spoiling the story, we liked what we found from this informal shooting. All three balanced well, and all three had acceptable triggers. We were shooting at a stump at 75 yards, so didn't try for accuracy until later, off the bench. But all fed and functioned well right off the bat. In fact, there were no failures to feed or function with .22 LR ammo in any of the three rifles throughout our shooting. Here are our formal findings. 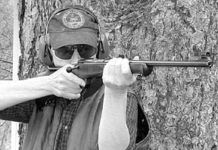 Now is a great time to break out your .22 LR rifle and get in some practice for big game season, still a few months off in most places. What's that, you say? You don't have a good .22? Well, maybe we can help you choose one. In the past few days we checked out three magnificent .22 bolt-action rifles, and we're here to tell you what's good and what's not so good about them.

This go-around we grabbed one of the more costly .22 rimfire bolt rifles made today, the Cooper Custom Classic ($1,895). We also secured the less expensive but still somewhat pricey Anschutz Model 1710 D KL ($1,295), and followed that up with the lovely and inexpensive CZ ZOM 451($250). Because the first two are commonly mentioned as being marvelously accurate rifles, we thought it would be a good idea to find out just how accurate they were. Therefore, we tried the trio with two types of some of the finest match ammunition available. We also threw in some high-speed ammo. We mounted the best scopes we could fit, and shot the rifles from a solid machine rest, trying for one-hole groups. If a fine rifle can shoot match-grade .22 ammunition well, it will do okay with normal ammunition, though the groups will generally be larger. In other words, if you're spending nearly two grand for a .22 LR, we think you'll want to know just how small of a hole it's capable of, and that was our primary interest here. We could bore you with tales of near-inch groups with Stingers or Remington high-speed, but if you're like us, you'll want to know the real skinny on what these costly bangers can do with some of the best ammo, and how well a far-less-costly rifle would do against them.

The three rifles were all bolt actions, and all had fancy quarter-sawn walnut stocks. The overall weights were significantly different, yet all had fine balance. All three were attractive rifles with varying degrees of premium extras. During our tests, we got some pleasant surprises. Come along and see what we found.

Survival Rifles: What to Choose When the Stakes are Highest

In 1959 a revolutionary rifle made its appearance. Designed by Armalite for the U.S. Air Force by Gene Stoner, the little rifle was designated the AR-7. It was chambered in .22 LR (high-velocity rounds only), and was unique in that it came apart without tools. Even better, all the parts could be stored within its hollow butt stock, and the rifle would float in either stowed or assembled form. When the rifle was made available to the general public, outdoorsmen of all sorts grabbed ‘em. At about the same time, the AR-7 made an appearance in the early James Bond film, "From Russia With Love," and its place in history was thus secured. 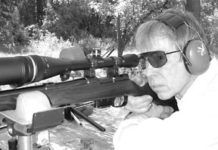 The .22 Hornet cartridge evolved out of the black-powder .22 WCF, which originated in 1885 for the Winchester single-shot rifle, and was also chambered in the 1873 Winchester. The tiny Hornet first saw the light of day as Winchester-loaded ammunition in 1930. Yes, that's right, Winchester loaded Hornet ammunition before any commercial rifles were available for it. Commercially made rifles were produced by Winchester, and then Savage and Stevens, beginning around 1933. The first experimental rifles for the Hornet, for which Winchester made the ammo in 1930, were built at Springfield Arsenal in the 1920s. 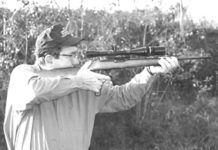 Lever-action rimfires are among the industry's most entertaining products, whether for big kids or little kids. Suitable for small-game use and plinking, they have the capacity of autoloaders if the game is walking a tin can to a backstop, or they have the accuracy to knock a squirrel out of a tree at 50 paces. They're also easy to carry and accept scopes without fuss. 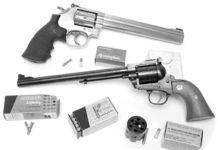 The $335 Thompson/Center 22 Classic is accurate, lightweight, and good looking—and much more affordable than the $950 Kimber Classic and $874 Sako Finnfire bolt guns.

About 50 or 60 years ago, every boy had a .22 rifle, knew how to shoot it and had a place to shoot it. We are quite sure that each and every one of those boys longed for a bit more power from their rimfires. They figured they'd be happy if the darned bullet shot just a tiny bit flatter and hit with a bit more power. Unfortunately, the .22 Winchester Rimfire (WRF) was in the process of becoming obsolete, and anyone who bought one of those rifles seeking just a bit more power was doomed to run out of ammunition. However, its replacement was already on the drawing boards.

The .22 Winchester Magnum Rimfire (WMR) came into being in 1959. The first guns available were actually Ruger and Smith &...

Marlin Model 7000 Our Pick In A Heavy-Barrel .22 Semiauto Rifle

Autoloading .22's are lots of fun and can be lots of gun. They tend to run you broke on ammunition because of the lure of easily and quickly firing off the entire magazine. In fact, this might be one reason to own a semiauto .22 that has a limited number of rounds in the magazine, say five to seven rounds. This limitation tends to force the shooter to make every shot count, much as the fellow with a six-shot muzzle-loading revolver is reluctant to shoot quickly because of all the work needed to make the gun ready to go again.

Be that as it may, self-loading .22's offer lots of shooting fun, but unfortunately many of them are not all that accurate. They would be more fun if they could hit...

How to Evaluate Used .22 Handguns And Rifles Before Buying

Without question, there are more pre-owned .22 rifles, pistols and revolvers occupying table space at guns shows, rack and counter case space at dealers and house space than any other caliber firearm. Based on the popularity of the cartridge, the guns that shoot it and the number of years both have been around, such abundance isn't in the least surprising. Due in part to that abundance, the prices attached to other-than-collectable .22s can be irresistible to the uninformed. All too often, many of these "bargains" become nightmares of additional expense once its discovered they don't function very well or not at all. You can be reasonably certain of one thing. A used .22 rifle, revolver or p...