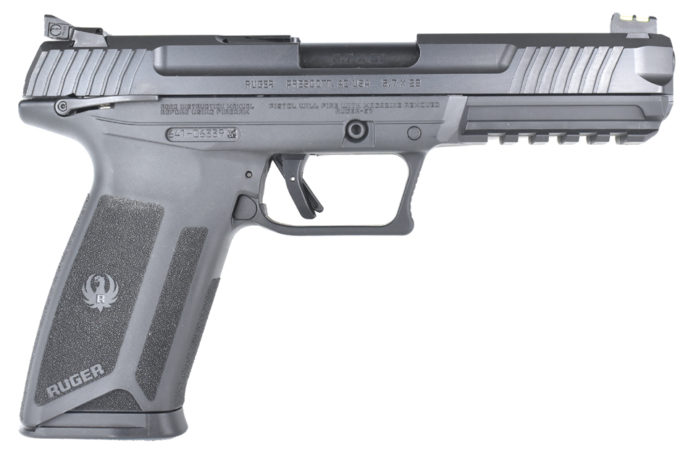 Gun Tests staffers are currently testing a Ruger-57 chambered in the 5.7x28mm round for the October 2020 issue of the magazine. The 57 is pitted against two other 22-caliber handguns, a Rock Island 1911 chambered in 22 TCM and a KelTec PMR30 in 22 WMR.

The Ruger-57 covered in this First Look video:

Our First Look at the Ruger-57 showed it had good accuracy and speed overall. Also, our test team’s notebooks listed a few specifics about this newish semi-auto handgun:

To read more about how the Ruger-57 pistol performed, check out the full article here (subscriber-only) from our October 2020 issue.

Do you own a Ruger-57? If so, please tell us about your experience with it in the comments section below.