The Savage Model 110 has been with us in one form or another since 1958. Although it is not as visible nor as widely advertised as models from other manufacturers, it is seen often enough to warrant the gunsmith’s attention.

The Model 110 has been produced in many variations and calibers, including magnums and models with detachable magazines. The current Model 110 is available with either wood or synthetic stocks and has a concealed box magazine.

As we begin work on the Savage 110, those cautions we hear so often must be repeated. First, make sure the chamber and magazine are empty before handling or starting work. Safety glasses are also recommended. (Wearing safety glasses should become automatic.) In addition, the professional gunsmith will use screwdrivers that have shaped tips that fit screw slots correctly. This will help to prevent burring screw slots or galling the sides of the screw hole. Vises should have smooth, protective jaws to prevent marring the work. A clean bench mat to protect the work from the bench top also helps prevent marring of wood or metal parts. Finally, placing parts in containers as they are removed will help keep small parts from becoming lost.

Disassembly of the Model 110 – as far as is practical for preventive maintenance, cleaning and oiling – is not difficult. Before starting, check the chamber again to assure it is empty.

Bolt Removal. With the safety off and the bolt forward, pull the trigger and press down the cocking indicator (the lever just in front of the bolt handle). The bolt can now be slipped out of the receiver.

Action Removal. As with most bolt-action rifles, the Model 110 stock is fastened to the action with two stock or action screws. In this instance, Phillips-head screws are found in the front of the trigger guard and about 4 inches ahead of the guard in the forearm. After these screws have been removed, the barreled action can be lifted away from the stock. The plastic follower with attached spring will either lay in the stock or fall out, as it is not contained in the action or stock. The rifle is now “field stripped.”

Far too often a gunsmith will not completely disassemble the bolt to remove solidified oils that may have built up inside.

To detail strip the bolt, the cocking-piece pin must be rotated to rest at the bottom of the cocking cam to relieve pressure from the bolt-assembly screw. As the firing-pin spring is quite strong, a vise to hold the bolt will make this job easier. The slot in the screw is curved so a piece of .080-inch flat stock will need to be carefully fitted to the slot to prevent damage to the tight screw. Now the slotted bolt-assembly screw can be removed.

If the sleeve lock or cocking piece does become lost, the entire rifle will have to be returned to the factory for replacement, because these are restricted parts. Another caution—and reason for leaving the firing-pin assembly together—is that firing-pin protrusion (the distance the firing-pin tip extends beyond the bolt face in the fired condition) is a critical factory-set dimension. If the cocking piece and firing-pin spring are removed, extreme care must be used to see that the firing-pin stop nut is not moved from the original factory-adjusted position.

To reassemble the remainder of the bolt, place the front baffle over the bolt front body. (The bolt guide on the front baffle must be on the bottom of the extractor side of the bolt head.) The friction washer is placed behind the baffle, and the unit slides into the front of the bolt body. Rotate the bolt head until it seats into the bolt body. Insert the bolt-head retaining pin with the center hole parallel to the bolt. Check the retaining-pin hole for alignment by inserting the firing pin into the bolt. The firing pin must slide through the hole and extend beyond the bolt face.

The Savage Model 110 uses a unique trigger system. There are no aftermarket replacement triggers produced for this model. All trigger adjustments need to be done slowly and carefully as the trigger parts, screws, pins, and springs cannot be ordered from the factory. Damage to the screws or springs will require returning the entire gun to Savage. Aftermarket set screws or pins that fit and function may be found, but may cause liability problems due to trigger malfunctions.

The trigger assembly comes from the factory with four screw adjustments. The screw all the way to the rear on the trigger adjusts the safety. If there is motion to the trigger while the safety is on, this screw can be turned in to remove the play. It must not be adjusted so tightly as to prevent the safety from moving into the safe position.

The second screw adjusts trigger overtravel. When pulled, the trigger must clear the sear by a sufficient amount to prevent any contact or drag of the sear at the break. Any more than minimum clearance gives a poor feel to let-off.

The forward screw controls sear engagement. Any adjustment to this screw requires that the safety be inspected to see that it goes on and is adjusted until trigger motion in the safe position is removed.

The remaining screw is found on the right side of the trigger housing and is euphemistically called the “trigger-pull adjusting screw.” Screwing it in increases pressure on the trigger spring and increases the pull. Loosening it is supposed to decrease the pull. With the trigger-adjustment screw in its lightest position and the sear engagement in the shallowest adjustment, the pull will be light but erratic. It is possible that a slight stoning with a hard stone at the face of the sear where it contacts the trigger notch may smooth it up and help eliminate the erratic pull. As these rifles are primarily designed for hunting, a light, target-type pull may not be advisable. The 112 Single Shot, which came as close to a competitive rifle as any member of the 110 series, used this trigger system, but suffered the same trigger drawbacks.

When dealing with triggers, don’t forget it’s always better to make any adjustments toward heavier pulls rather than lighter—be safe and conservative.

Reading the manual from the latest version of the Model 110 (those with serial numbers above E963107) shows that Savage, like many manufacturers, reflects the current trend—fear of litigation and perhaps a distrust in the ability of gunsmiths in general. Out of some 58 separate parts listed in the instruction manual, half are restricted to either factory or “authorized” gunsmith installation.

Among those the factory will release are parts such as stock screws, sights, blank screws, magazine parts, and stocks. This leaves only a few internal parts available from the factory that most gun owners will have difficulty in replacing and will require the services of a gunsmith.

Those malfunctions that the factory will still allow us to work on are limited, and covered along with some additional factory/warranty gunsmith-only problems. (Factory or warranty gunsmith prohibitions apply to the latest versions.)

Ejection. The ejector is spring loaded and pinned into the bolt head in the same manner as the Remington 700-series rifles. As this ejector is quite thin, any bend in it will increase the possibility of binding and resultant ejection problems. Dirt is also another factor which causes sticky or erratic ejection. To change or clean the ejector, ejector spring, and hole, drive the ejector retaining pin out from the top of the right-hand locking lug to the bottom. Be sure to trap the ejector and spring, as they will spring out when the punch is removed. Check the ejector hole for burrs or dirt.

When installing a new ejector, replace the ejector spring as well. Springs can collapse or lose their springiness in time; it’s easy to install a new one at this point. Be sure to line up the ejector-pin slot with the bolt before installing the retaining pin.

Extraction. Failure to extract or leaving a case in the chamber can be caused by three major problems. One is dirt in the chamber, and that is cured by cleaning. If grit has galled the chamber, a light polishing with 320-grit cloth may help to smooth the surface. Don’t change the dimensions—just remove roughness. Be sure to clean the chamber and bore to remove the polishing grit.

The second cause is found with the extractor itself. In this instance, the extractor will need to be removed and inspected. Dirt buildup can cause extraction difficulties, and if this is the cause, a good cleaning will eliminate the problem. Any chipping along the edge of the extractor can cause the extractor to slip over the case-extractor cut. If inspection shows the extractor is broken or chipped, replace it. The extractor spring should also be replaced for the reason given above.

To insert the extractor, install the spring in the extractor-spring hole and push the pressure ball against the spring. Slide the extractor into its slot and over the ball to complete the installation. This is easier said than done, however, because the ball has a way of escaping and you can waste a lot of time looking for it. Reassembling the extractor inside a plastic bag will trap any errant parts.

To reassemble the new box to the receiver, slide the front tongue of the box into the cut in the front of the magazine-box recess. Place the blade of a wide screwdriver at the junction of box and rear tab. With a sharp bump, drive the box forward and down to seat the magazine-box tab in its retaining slot. There is a cam on the rear of the action magazine cutout that will assist in reassembly.

The symptom of a weak spring is intermittent feeding, especially if the bolt is worked rapidly. A weak spring will not push the round into position rapidly enough for pick up. A broken spring will be obvious when the stock is removed. In both cases, spring replacement is indicated.

If the magazine spring has become detached from the follower because of an enlarged screw-attachment hole, the follower may tip down in front, burying bullet points in the magazine box. A new follower should be installed.

The following problems on a Model 110 above serial number E963107 will require repair by a Savage warranty gunsmith or by the factory. Parts for older models may be obtained from one of several companies specializing in “obsolete” items. When ordering parts, be sure to mention the serial number, model variant (110E, 110DL, etc.), caliber, part name, and part number.

If the gun fails to fire due to a broken firing pin or a weak firing-pin spring, these parts will need to be replaced. Match the factory firing-pin protrusion when replacing pins. Failure to cock due to broken cocking sleeves or cocking pins also requires that the broken parts be replaced.

If the No-Go gauge does close, replacing or setting the barrel back and rechambering are remedies that will cure the problem. If the No-Go gauge will not close, clean the barrel for possible over-oiling of bore and chamber. The use of an improper neck-sizing die on reloaded ammo can also give false headspace readings.

The average time needed to clean and oil a Savage Model 110 should run in the 30- to 40-minute range, and should include disassembling the bolt. The charge to the customer to disassemble, clean, oil, and reassemble should be about $25 to $30. This will also include a thorough inspection of the safety and trigger functions. Replacement of extractors, ejectors, magazine boxes, and so forth should add another 10 minutes to the work. 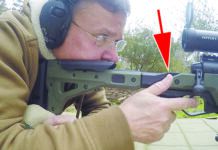 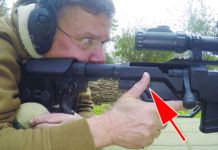 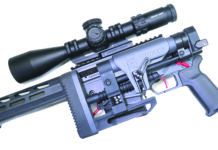