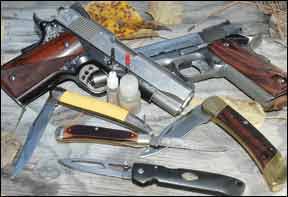 Over the past few months weve been testing a product that one of our readers suggested to us. The product is called NanoLube, and its a registered trademark of the NanoLube, Inc., company, with website at www.DiamondLube.com. The product is a combination of incredibly small, 0.1 to 4 nanometer, rounded diamonds in suspension in a light 5W oil. The tiny synthetic diamonds are spherical, not jagged, and once they are embedded into the base material of whatever youre trying to lubricate, they provide a slick surface with greatly reduced friction. So says DiamondLube Treatment Systems inventor, Chris Arnold.

The evidence given by the reader and by the manufacturer fired our interest. The testimonials in favor of this product are many and varied. One stunning example was a video of two bearings side by side, one of which had normal oil and the other, NanoLube. The two bearings were spun by a blast of air, and then allowed to coast to a stop. The NanoLubed bearing spun far longer than the other. There are many testimonials of the use of this product on the company website, including its use in the bearings of over-the-road tractor-trailer drivers, who have seen significant improvements in longevity of their trucks as well as better mileage. Some of the companys claims and testimonials were in this products use on firearms. These included drastic reduction of trigger pulls, better function of semiauto handguns, and slicking of the bore that made cleaning the barrel easier.

To assess these claims for what we considered to be a rather costly product, we obtained two samples from the maker. One was called NanoLube NDN70-ATM+P (7 milliliters, list price $37.50, + $3.50 domestic shipping, or $5 international). The other was a smaller bottle labeled Quicken Weapons Lubricant MIL 30-CLP. (We could not clearly determine its price from the company website, but our best guess is its a three-milliliter sample, which goes for $22.50.) We tried these oils in a vast array of comparative before-and-after tests on items ranging from firearms to tractor engines. Please be informed that our conclusions are empirical, not scientific. This, however, is in keeping with previous tests of metal-preserving oils that we put on bare steel and left outside to see how well they worked. We got some definite ideas from those tests, and the same is true in the case of NanoLube and Quicken.

We began with a very sticky-actioned, brand-new double rifle that had a severe case of tough-to-open. We anointed the hinge point, but could detect no improvement. Then we cleaned the surfaces of all the original oil and again anointed the joint, and again found no improvement. We then tried the lube on two stiff shotguns, a Merkel and an A&A, and found some improvement in opening and closing.

Next up was a CZ 375 bolt, which had a slick bolt to begin with. However, the NanoLube made a very noticeable improvement in its action, enough to convince us there was something very positive to this product. We then tried it on several more double guns and rifles, and in all cases we felt an improvement to the smoothness of every surface we treated. That first new double rifle was too tightly fitted, and needed more than just good oil to free it. Its owner worked its action a long time after anointing it, but it never got any easier to open or close.

Then we tried NanoLube on a pair of 38 snubbies. One was old, and the lube seemed to help its cylinder spin more readily. The other was a brand-new gun, and we could not detect any improvement whatsoever to its lubed surfaces, no matter how much we spun its cylinder.

An ancient guitar on hand had sticky tuning machines. The oil helped it a tiny bit, and seemed to be an improvement over common oil. However, those gears are not moved that often, and this was perhaps not the best test, nor the best application for this product.

One of our staff has a diesel tractor with a small gasoline-powered V-4 cranking engine to start the big diesel. This little engine has been notoriously hard to start for the past few years. We dumped some of the NanoLube into the sump of this V4 and ran it. The next time we tried it, it was easier to start. Well have to have winter weather to see if it has any more power than it used to, but the NanoLube definitely seemed to help it.

We had a custom Norinco 1911 by Don Fisher on hand, and it was accurized to the point where it was tough to disassemble, the slide being very tightly fitted to the frame. We cleaned it and anointed it with NanoLube, and while the slides normal motion became quite a bit slicker, the disassembly remained tough. We thought that was in keeping with the results we had with the new double rifle, a case of very tight fitting not being helped much by the nanoparticles in this product, in our brief experience with it. We dont think that takes away from the value of NanoLube, because it seems to shine where there is repetitive motion between sliding surfaces, as in bearings, slide-to-frame motion on semiautos, and to some extent in the cylinders of revolvers.

Another gun application bears mention, and thats the use of NanoLube on our favorite Colt CCO, which had already been very slick from the application of Robar Coating and Technologys NP3 electroless nickel with Teflon. To our surprise, this gun became even slicker, and stayed so, after being cleaned and anointed with NanoLube and in some places, Quicken, the other product on hand by the same company.

Perhaps the most definitive test to date was on our Shrade Old-Timer pocket knife. This device sits in dusty, dirty conditions most of its life, yet is called upon daily to do an endless variety of cutting chores. We used to open it by starting the blade out until we could hook the blade on something solid, and then pry it fully open. It was always a stiff knife, and mighty hard on the fingernails to open any other way. After our first doping with NanoLube, the blade was easier to open. After a month of use it had become much easier to open than it had ever been. We doped it again, and the second doping was a revelation. The blade could be easily opened, and the sound of the blade snapping out was like a new knife. Then tragedy struck. We inadvertently left the knife in a tray of bleach to clean it, and the blade got badly pitted. We cleaned the knife up as best we could and noticed the blade was still very easy to open. We still carry that knife daily, and though its not pretty, it functions perfectly and the NanoLube has managed to keep the hinge slick. The blade snaps open, and theres no sticky oil on the hinge to gather dust and dirt.

Not quite satisfied, we found three old folding knives in our collection, an Irish Sabre fishing knife with two blades, a Buck 110 folder, and a lightweight Beretta. All got oiled with Quicken, and all showed marked easier and smoother opening. Then we went through our knife collection and put Quicken on all the folding blades. Some were helped more than others, but all seemed to benefit from the use of this product, either NanoLube or Quicken. All the blades were already well oiled, so the tiny diamonds seemed to be doing varying degrees of positive good in all cases. We thought the Quicken product seemed to do a slighty better job on the knife blades than the NanoLube.

Next up was an air-driven Ingersoll-Rand grinder. In this case we ran the grinder first, and then oiled it with NanoLube. It ran much faster after the addition of NanoLube. We also put the oil on a small router, but couldnt get it into the bearings well enough without major disassembly, so could see no change in its performance. Ditto a battery-powered hand drill. These items would need to be partially or completely disassembled to get the oil into where it could go to work.

We mentioned the price of the oil seemed a bit steep to us. Yet to date, in all our testing on many guns and other products mentioned here, and on others we didnt bother to mention, we have used less than half of the 7ml bottle, maybe $15 worth. The bottle has a thin applicator tube that makes it very easy to put the tiniest drops where needed, and that keeps its use and dosage to a minimum. The bottle also has a cap to prevent spillage.

Our Team Said: We conclude this oil is worth having on hand. It seems to work very well in some cases, generally improves ordinary oil in most cases, and can be stymied once in a while, when it just doesnt seem to do much good. Yet on the things where it didnt work, nothing weve tried thus far works any better. Quicken and NanoLube are not abrasive, as graphite is. If you have a sticky situation that requires the metal parts to wear in, graphite might be the best initial solution, followed by a good cleaning and a dose of Quicken or NanoLube to keep the parts from wearing any further. Our bottom line is that wed be unhappy if we didnt have a bottle of either of these on hand for whatever needs a special touch.