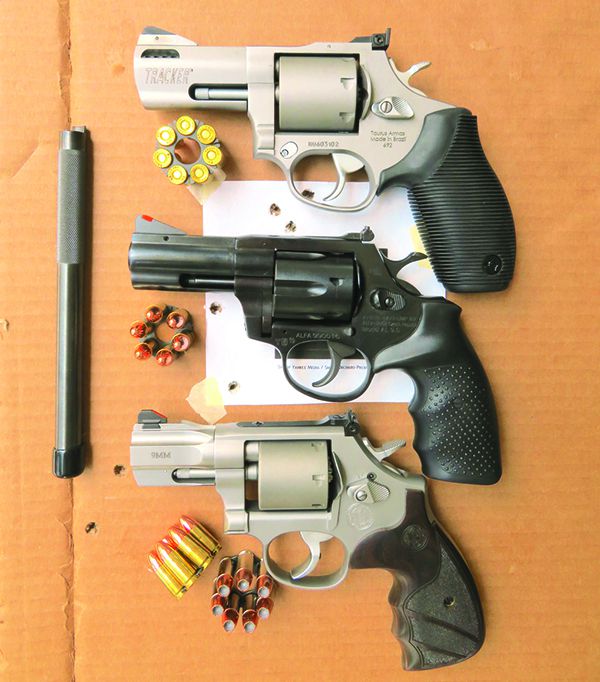 Your April 2021 issue didn’t include my newest, slickest, snubnose 22 Magnum. It is the Heritage Barkeep with a magnum cylinder. Due to the heavy trigger pull on most double-action rimfires, such revolvers are often fired in single action. — David 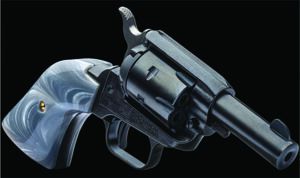 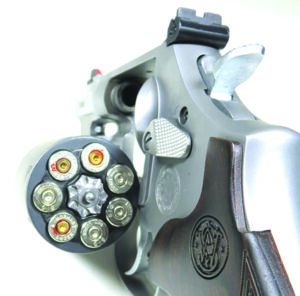 Hey Bruce: Thanks for the insight. H.R. 8, aka the Bipartisan Background Checks Act of 2021, would outlaw gun sales or transfers by private sellers. It would make it illegal for anyone who is not a manufacturer, dealer, or licensed firearm importer to trade or sell guns, with current laws requiring background checks only for licensed firearm dealers. Non-licensed individuals would have to sell or trade guns by doing so through a licensed dealer, who would run background checks for them. What a colossal mess this would be, which is the point. — tw

What am I missing? Why don’t manufacturers just cut the cylinders to accept 9mm cartridges? Seems to me that they could do so and make dedicated 9mm non-rimmed revolvers and offer another cylinder for rimmed 38/357. You could even use the same barrel. I have a Uberti and two cylinders to shoot 45 Colt and 45 ACP. I figure there must be a reason, but it escapes me. Just curious, but so must be many other guys. — Steve

Hey Steve: We like your idea. If we had to guess, it’s cheaper to stamp out moon clips than to machine the cylinders as you suggest. But we don’t know for sure. — tw

You praised the S&W Model 986 [shown above] in your 9mm wheelgun article. I owned one but was forced to trade it. I was experiencing severe bullet jump to the degree that sometimes the bullet in the seventh round in the cylinder would completely exit the case and spill the powder. Aside from concern about the effect on accuracy, I wondered if this could be a safety concern. I tested several brands of 9mm ammo, and all exhibited at least some lengthening of the seventh and sometimes the sixth round in the cylinder. Returned the gun to Smith, but they returned it, saying it met their specifications. If memory serves, they told me that they never actually tested it to try to reproduce what I was experiencing. You made no mention of this in your review. So may I assume that you did not experience it or did you just not test for it? — Alfred

Hey Alfred: If we had experienced that problem, we definitely would have reported it. It also would have been enough to fail the gun, both on function and safety grounds. We simply didn’t encounter the bullet-jump problem with our test gun, and there’s no way not to test for it. — tw

I am having a hard time following your advocacy for wanting a revolver to handle a cartridge designed for semi-autos! Moon clips are a royal pain, as you pointed out, but if you must adapt a revolver to handle a rimless cartridge, such as was the case in WWII, where not enough 1911s could be manufactured, they become a necessary evil. S&W and Colt revolvers had to be adapted to fire the 45 ACP round, thus moon clips made it possible. If you need a handgun and a long gun using the same 9mm cartridge, far better to get one of the semi-auto handguns designed to fire the 9mm. By rights, the Taurus 692 is the revolver that actually makes the most sense, because its extra cylinder allows use of 38 Special and 357 Magnum ammo. I assume the Taurus shares the internal mechanics with S&W designs, so the heavy trigger pull noted could be resolved by most gunsmiths. Thanks for providing some stimulation to offset the pandemic induced doldrums. Keep up the good work. — Col. Michael

Re “How to Disassemble Marlin Lever-Action Rifles,” on Gun-Tests.com

First, I think the magazine is excellent. I have been subscribing since the beginning and have every issue, from #1 on. I purchased a Marlin 1894C at a gun show. When I went to shoot it, the rifle would not feed or even load a round in the chamber. I searched GT for instructions on disassembly/reassembly. There is a comment on the webpage, “Reassembly tip: Take careful note of how the ejector fits into the frame for later assembly.” Because my gun was purchased used, I had no previous knowledge to “carefully note.” It would have been helpful to either show a picture or describe putting the front end of the ejector under the barrel. Fortunately, a friend had an 1894C that I could compare. When the ejector was properly installed, the problem went away. A few different words would have been very helpful. —Gordon

Sorry about that, Gordon. I have updated the online copy to reflect where the ejector goes during reassembly of the rifle. — tw

Todd, there may be some new shooters who don’t know the difference between single-stack and double-stack guns. Personally, I prefer double stack, as they fill my hand better. Single-stack guns sometimes feel like you’re holding onto a 1-by-2 furring strip. Would an article going over the basic differences between the two be something you would consider? My Springfield Armory XD Mod.2 in 9mm is my EDC, even though I’ve got a Walther PPS M2 LE that would no doubt be easier to conceal. I just like the Mod.2 better, it fits my hand like a glove. I also like the safety system on it. I was trained on revolvers, so the adage, of “KISS” rings so very true. Just pull and shoot, repeat step two if necessary.

Just something to consider for the new shooters who read your publication. I realize that you test guns for their worthiness, but for some readers, basic knowledge might be helpful. Might even warrant a new column, “Basic gun knowledge.” Thanks! — Kevin

Kevin: Thank you for the idea of running a new column for new shooters. We’ve been discussing whether basic gun knowledge is something we should devote some space to. I think the writing staff would be eager to tackle topics like “single stack vs. double stack,” as you suggested. — tw

Re “Gun Belts: Beat the Sag with Choices from Wright, Bigfoot,” February 2021

I own a Bigfoot. Found out real quick that I didn’t like wearing it with cargo shorts in the summer. The buckle always seemed to protrude enough to make my t-shirt stick out. I bought a nylon belt from Blue Alpha and had much better luck with it right from the start. — K 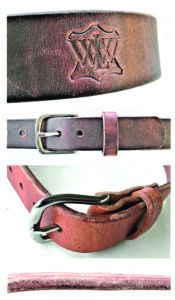 Yeah, hot-weather carry is tough to get right. Glad you’re happy with the nylon belt. — tw

The review of gun belts was very helpful. A belt designed to carry guns makes a huge difference in your comfort level. I started doing “open carry” when I went down by the border in 2005. My first belt was made by “The Wilderness” and is called the “Original Instructors Belt” (web belt). After 16 years, it still works great and looks new. I wear it every weekend. The V-ring buckle is carbon steel and is very strong. They make the belt in 1-inch increments. This leaves a shorter belt strap so there is more room on your belt for other stuff.

In the article, there is a photo of a tan Galco holster on a black belt, saying they were a good match. I respectfully disagree. In 2012, I bought a new revolver and ordered a tan Galco holster for it. I also ordered a tan Galco leather gun belt, which matched perfectly. Really looks good. I also bought a black Galco Belt for work, which I wear five days a week. After eight years, there is no wear, other than a little roughness where I clip on my phone. Some people complain about the price of a gun belt,  but these are probably the last belts I will ever need. — Bill

Excellent accurate review. My S&W M&P9 EZ eats everything, but it shoots 2 to 4 inches low from the bench at 15 yards, depending on ammo. Had to file down the front sight. The rear sight dovetail was way more loose than necessary — it makes windage adjustment touchy. Both issues are inexcusable. I would downgrade the EZ9 a half grade for these problems. 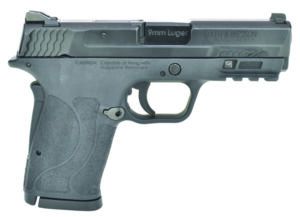 Disassembly without depressing the grip safety did require some awkward manipulation. Solved the issue by drilling a 3⁄32-inch hole across, through the grip safety, near the top. Insert matching hex wrench. Voilà!

Ladies and gentlemen, every arrival of your publication validates my decision long ago to become a loyal subscriber. I would like to offer my thoughts on your review of the Savage 110 Hog Hunter. I counted the term “223” (tested) appearing eight times in the review, and no other caliber mentioned. Savage’s website lists the 308 and 350 Legend, along with the 223 Remington, being available.

Here in East Texas, feral hogs have few, if any, friends due to their untoward behavior. Nevertheless, humane remedies are favored to mitigate the beasts’ activities.

A 223 certainly has the potential to kill feral hogs, even large ones, and that petite cartridge is used in some places for taking thin-skin deer. The 308 and 350 hold much greater promise/potential to do so.  — Michael

Hey Michael: We did evaluate the 350 Legend Hog Hunter in the July 2020 issue. It earned an A grade. It looks like a very good rifle for the money. — tw