Good article, but I’m slightly surprised that you didn’t mention any of the tip-up-barrel guns like the Beretta 86 in 380 ACP or the smaller Tomcat in 32 ACP. They take away the need to work the slide to load and can be thumb-cocked to negate the double-action trigger. An older lady who suffers from arthritis tried one and found it to be the answer for her for concealed carry. She just couldn’t handle the trigger on her revolver. Just a thought. — John

Hey John: Those are good suggestions. The topic is probably big enough for a book, rather than a single magazine article. The last time we reviewed a Beretta Tomcat in 32 ACP was in the January 1999 issue. Of its operation, we said, “Although the Beretta Tomcat had two more controls than either of the other pistols [Seecamp LWS-32 and North American Arms Guardian] in this test, right-handed shooters felt it was the easiest to operate. The manual safety was a two-position lever at the left rear of the frame. When moved upward to the engaged position, it prevented firing by locking the trigger and the slide. Tipping up the Beretta’s barrel to load or unload the chamber was a simple matter of pushing forward on the barrel release, a lever at the front top of the left grip panel. The magazine release was a button located in the left grip panel, toward the bottom. We had to depress this control with the fingers of our support hand, but the Tomcat’s other controls could be operated with the thumb of the firing (right) hand.” — Todd Woodard.

Laser grips and Truglo TFX sights on any Glock 19-size gun would be perfect for anyone to operate. That size greatly reduces recoil and muzzle flip. Even bad eyes can see those sights and especially the red- or green-dot laser. — Mark

Eyesight is another common issue with older folks. As I got older, I began to lose my near-distance vision, so like many others, I wear glasses with progressive lenses. When looking through the main part of the lens, I was having trouble focusing on the front sight at typical eye-to-front-sight distances. I can bring the front sight into focus by rocking my head back to look through the bottom part of the lens, but that’s definitely not a recipe for fast shooting!

I decided to try a red-dot sight to help with that problem. Because I have a few SIG DA/SA pistols, I wanted to stay with that platform. I chose to splurge on a P229 RX Legion in 9mm. I have found it much easier to shoot with the red-dot sight using my old eyeballs. 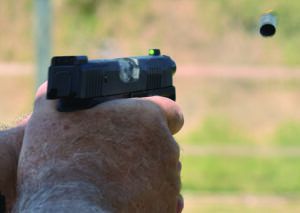 One thing worth mentioning for folks transitioning to a red-dot sight is that it will take some practice drawing from the holster to be able to consistently and quickly pick up the red dot, so plan to spend some time working on a fast, consistent draw. — Dave F.

I am a 71-year-old shooter with psoriatic arthritis, disc problems in my back and neck, and numerous other ailments. I was quite pleased with my Colt Commander 45 ACP and full-size SIG 1911. Both were excellent, and I didn’t have any problems with either handgun. But as accurate as those two handguns were, when I shot my 9mm CZ 75B and especially my CZ 75B Compact, I was amazed at how accurate and comfortable they were to shoot. My latest purchases include a Glock 42 and 43. When I put the Pearce +1 magazine extension, I was unable to retract the slide on either gun until I downloaded one round. So I guess I’ll continue with my everyday-carry guns, Glock 26/27s or Glock 19/23s. At some point in time, I can see myself switching over to CZs for EDC requirements. — Robert

I have used firearms my whole life, but never a pistol. I recently took a concealed-carry class to improve my understanding of handguns. I have short fingers, and on most pistols I’ve handled, the butt of the gun is so big, my finger won’t reach the trigger. So far the only pistol that has fit my hand is a SIG Sauer. I’m looking at the SIG 365XL. None of the dealers in my area have one in stock that I can handle to see if it fits my hand. What is my next step, and what is your view of the 365XL? Thanks for any help you might give. — Dick

We reviewed the 9mm Luger SIG 365XL (pictured above) and liked it a lot, giving it an A grade and making it Our Pick. For your specific use, the trigger-span measurement we include is probably the most important. The trigger span for the 365XL was 2.7 inches. Other pistols in that January 2020 test had similar, but not exact, trigger span measurements. A Springfield Armory XDE9 XDE9389B, which was also A-ranked like the 365XL, had a single-action trigger span of 2.6 inches, which seems fine, but to get that span, you have to work a double-action trigger span of 3.0 inches, which might be too much. Or pull the hammer back and use the gun cocked and locked.

A Smith & Wesson M2.0 Performance Center Shield 11787 had a trigger span of only 2.1 inches, so it might be worth looking at. We also rated that S&W handgun an A and thought it was a Best Buy. The fourth gun in that test was a Springfield Armory Hellcat 3-Inch Micro-Compact HC9319 whose trigger span of 2.875 inches, so it might not be your first choice. Of course, look at that measurement in other tests to find other guns that will likely fit your hand. — tw

Pretty darn good assessment of shoulder holsters. I have used several over the years, working as a PI. The horizontal shoulder holsters print too easily IMHO. Shorter pistols work better, but still will print, depending on the wearers’ chest thickness. The vertical holsters conceal better, and all need to be attached to the belt for a proper draw. I never used the muzzle pointing to my armpit. Drawing from sitting position in a car is much easier from a horizontal, vertical, or crossdraw holster than a belt holster, although some abdominal types are pretty efficient. — Dan 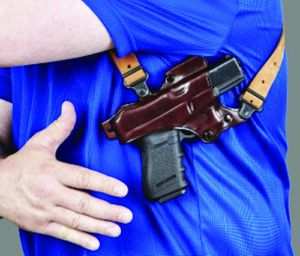 I have never liked the horizontal shoulder holster. IMO it violates Rule 1 at all times. Try taking a class and sitting behind someone with a Glock 45 pointing at your face all day.    — Mike

Re shoulder holsters. In the mid-to-late-‘80s, I was frequently posted to Central and South America. I was issued a Galco horizontal shoulder holster. I forgot it one time. I bought an El Cheapo nylon one from a well-known manufacturer, but it barely served my needs, and the Velcro tabs abraded my clothing. Upon return to Florida, I found another Galco horizontal holster model, but expressed my discontent with it.

First, horizontal carry puts the gun butt hanging down. Should the security snap fail, the gun will fall out. The second reason is, as you discussed, that the muzzle covers people all around. Drawing under pressure, it is possible to prematurely pull the trigger. My employer reported two such events. Both resulted in burns and holes in clothing, but no injuries. 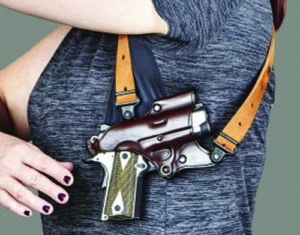 One positive experience I knew about was with a young lady who had somewhat larger-than-usual breasts for her size. She could readily conceal two SIG P239/9mm guns in Galco horizontal holsters under a jacket.

I subsequently bought my own Galco vertical carry model that worked well for me. Changes in issued guns and assigned duties made them unsuitable to me, and I returned to IWB and OWB holsters, which were becoming highly diverse and adaptable.

Upon retirement, I was presented with a dual-holster horizontal shoulder rig fitted for guns I no longer carried. It was made by Andy Arratoonian, and is high quality. He refused to include attachments for belts. I was told he said, “No tiedowns,” or look elsewhere! 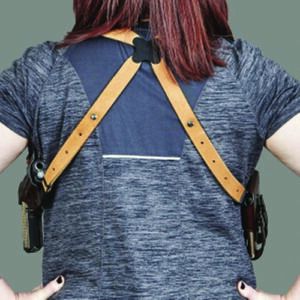 I was able to make some small modifications to fit guns I carry to this day, but Reason Number 1 now rears its head as the retention snaps are getting weak and I fear one letting go and releasing my gun.

With that in mind, I recently ordered one from Craft Holsters, featuring a vertical holster that rotates as the gun is drawn. I tried one that a friend had for his Glock and thought it worked well. I could report on mine for you if you wish, after I receive it and wear it for a while. It is being made for my SIG 1911 Fastback Emperor Scorpion Carry in 357 SIG that closely replicates the dimensions of the Colt 9mm Lightweight Commander. — Jan

Hey Jan, thanks for the insights. And yes, please let us know how the rig performs. All of us are always looking for better carry solutions. — tw 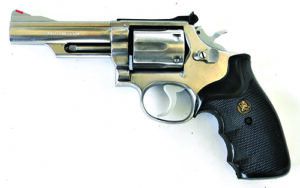 I received my copy of GT in today’s mail and went through it with special interest in the 38 Special tests. It was a very interesting test, and I thank you for conducting it. My concern is that there was no mention about using +P loads in guns not rated for +P ammo. Six of the eight loads tested were +P, and I have heard many times do not use +P ammo in older 38s. Is this still the case, and if so, should that have been mentioned again? — Rick

Rick, perhaps we should have noted that the Model 66 K-Frame revolver used in this test and shown above is rated for +P cartridges. According to the National Shooting Sports Foundation, “Ammunition designated as 38 +P loads have increased pressures — that’s what the +P stands for — over standard .38 Special loads. These +P rounds may not, should not, cannot be fired in standard 38 Special revolvers for risk of damage or injury to the gun and the shooter. These +P loads can also be fired in 357 Magnum revolvers, and, of course, they can be fired in revolvers stamped ‘38 Special +P.’” — Bob Campbell

Has Gun Tests conducted a test on the Mossberg MC1SC 9mm? If so how can I get a copy? — Bernard 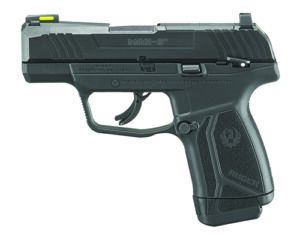 Hey Bernard: As a subscriber, you can review the test of the Mossberg MC1SC 89001 9mm Luger online. Just search the archive for “MC1SC” or the product number “89001” and the review of the handgun will pop up. It’s in the issue mentioned above. We graded the Mossberg as an A- and Best Buy, saying, “The Mossberg 9mm gave up little to the Glock designs. Reliability was never a question. While some of us did not like the takedown, it was as safe as it gets.” — tw